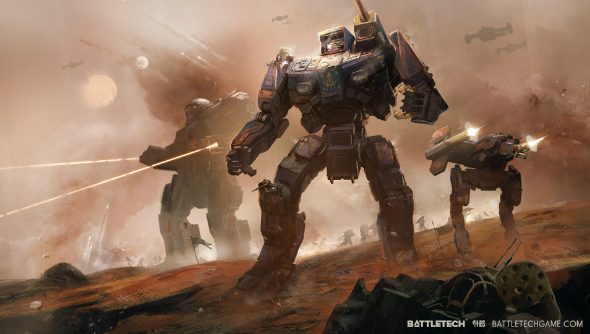 While you’re waiting for Battletech’s mechs to stomp into view, here’s our list of the best strategy games on PC to pick through.

As well as the lovely cinematic trailer above, there’s also a pre-pre-alpha developer stream that shows off some of the first gameplay. It looks really promising already.

The gameplay footage shows a mech battle in a forest during high wind. The topography of the map allows for plenty of tactical scope, letting the developers tuck into valleys and woodlands for cover bonuses before launching a counter-attack.

There’s a good 20 minutes of combat in the new video, so make a brew and watch it below: