Harebrained Schemes launches the first expansion for its turn-based strategy game about big, stomping mechs today. BattleTech – Flashpoint adds a new style of mission, in which you must play across a string of matches without the opportunity to repair your mechs. It also adds a new biome – a tropical landscape full of water, dangerous spore clouds, and beat down on by a hot sun. And, most importantly of all, there are three new mechs.

The Hatchetman, Crab, and Cyclops may not be at the top of the list when you think of iconic BattleMechs, but some of the more famous machines won’t be available until the in-universe timeline has moved on. Mechs like the Mad Cat likely won’t turn up for another 20 in-game years. Harebrained hasn’t made clear if that will be through future expansions or a sequel.

However, each of the three new mechs brings something special to the battlefield. A big axe, a big brain, and a big… well, the Crab is just really lovely, ok?

Generally, in BattleTech, if you end up in melee combat you’ve done something wrong. That might step on the toes of some fans (appropriately), but your walking tanks are loaded with lasers, missile racks, and autocannons for a reason: ranged warfare is what this game’s all about. You don’t want your enemies to get any closer to each of your mechs than their minimum firing ranges. 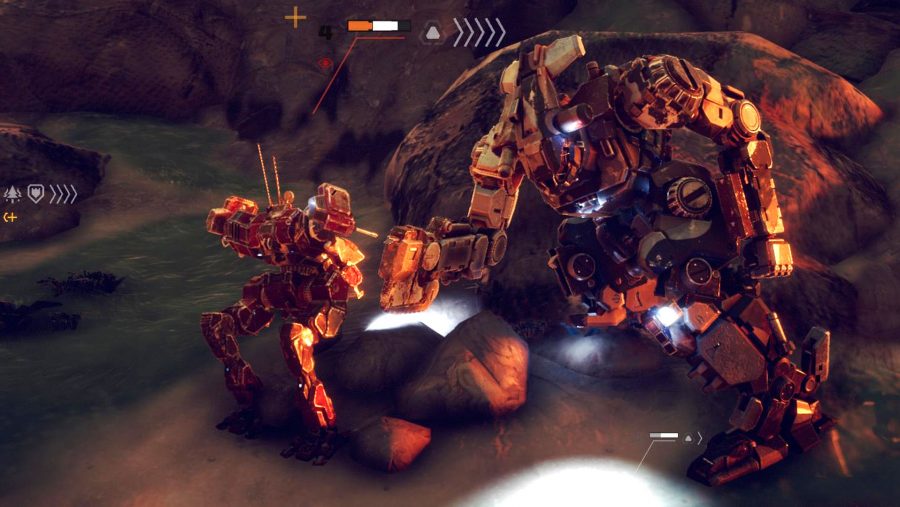 That’s why Hatchetman is a curveball. As its name suggests, it’s equipped with a multi-tonne axe for an arm, and if you want to use it you have to get as close as you can to the enemy.

As exciting as the arrival of Hatchetman is, its inclusion in BattleTech hints at a future mech: the Axman. This heavy-class mech is the older sibling of the Hatchetman. It carries a significantly larger melee weapon, and sports a spread of large lasers and autocannons. Maybe, when Axman comes, we can finally bury the hatchet(man).

The hatchet weapon is fixed to a hardpoint on the medium-sized mech’s right arm and it gives a bonus +70 modifier to your melee attack damage. This means Hatchetman mechs are able to dish out a whopping 110 melee damage in combat, which puts it in the same league as the significantly heavier, slower assault class mechs.

The Hatchetman’s lower weight class means it can be swift on the battlefield. I often lean into this and sprint my Hatchetman mechs into combat, sacrificing the opportunity to fire in favour of getting into melee range faster. Sprinting towards the enemy has the added bonus of buffing your evasion significantly, making it much harder for the enemy to hit you on their turn.

However, it’s very easy to overstep with the Hatchetman. While it can dish out melee damage equal to mechs two classes higher in the food chain, it has the armour of a medium mech. Once you get close enough to an enemy to hit them with a melee attack, you’ll have to come to a halt, and that means all your evasion protection will disappear. If you’re too far behind enemy lines, your Hatchetman can be cut to shribbons. And that right arm is particularly vulnerable. If the hatchet is blown off you’re left with a very lightly armed medium mech.

I found the open battlefields of BattleTech really didn’t play to the Hatchetman’s strengths. Where it could come into its own is the teased Urban Warfare expansion – due in summer 2019 – the tight streets and sightline-blocking buildings could let you get up close to an enemy mech without being vulnerable to attacks from its lancemates. 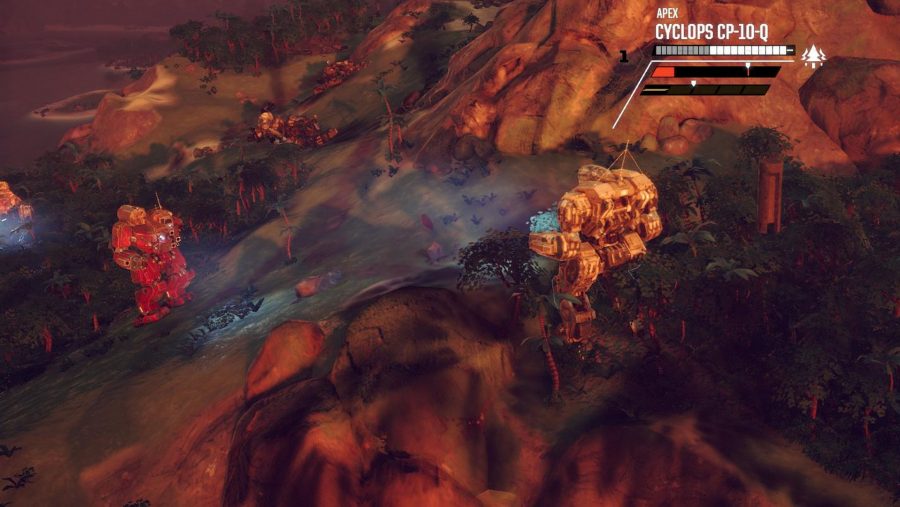 The Cyclops, by itself, is a tad dull. It’s an assault mech you can kit out with autocannons, missiles, and lasers, but not in the quantity of the other machines in its weight class. It moves faster than the King Crab but it’s hardly Usain Bolt. Still, in a fight, it’ll be able to take on most lighter mechs through the sheer bent of its substantial armour.

What makes the Cyclops special is a new item that Harebrained has added with it: the Battle Computer. This device, fitted into the Cyclops’s head, pushes up the initiative score of every mech in your lance – a powerful buff.

In BattleTech, turn order is determined by a mech’s initiative score, and that is dictated by the weight class of the machine. Light mechs go first, then medium, heavy, and assault mechs go last. Attacking first offers a huge advantage: you could knock down your opponent, damage a vital weapon system, or even destroy the enemy before they can get a shot in. Pilots can learn abilities that buff initiative, allowing them to push a heavier mech to go earlier in the turn order, but opting for that ability locks them out of picking other, equally powerful skills. So an item that pushes every mech in your lance up a rung in the turn order is a hugely powerful ability. It’s just a shame you have to field a pretty dull mech to use it. 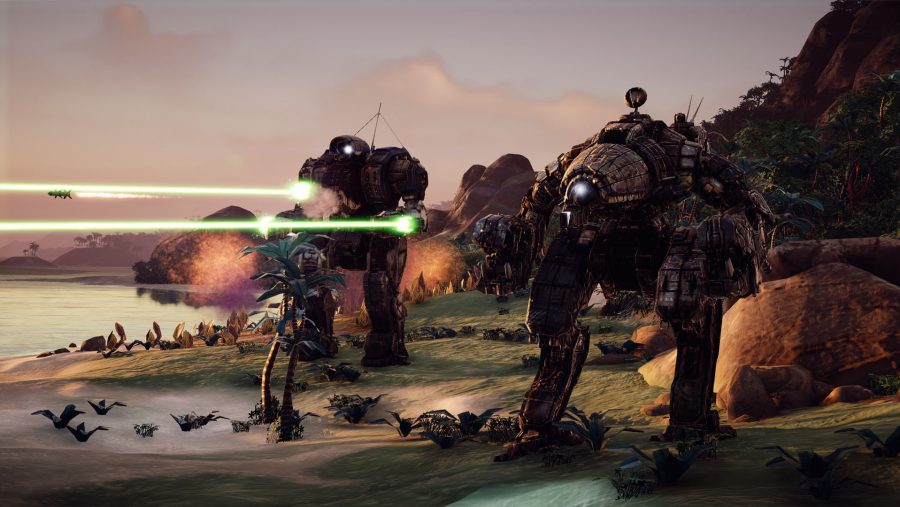 The King Crab was one of the toughest mechs in BattleTech when it launched. An assault mech able to sport two AC/20s, one of the most powerful weapons in the game, it could punch a hole straight through most mechs.

Flashpoint brings its smaller sibling into play. Simply called the Crab, this medium mech is built for fire support. Its light frame means it’s able to move significantly faster than the King. The King Crab’s biggest problem was that, for such a well-armed mech, it was often late to the fight because it moved too slowly.

The Crab’s only fitted with laser hardpoints, with a little room for small arms. This means you won’t be winning many fights with the Crab alone but it can work as a great harasser, able to flank enemies to hit them in their weak rear armour.

It’s difficult to get too excited about the Crab. But it is quite adorable.

It’s great seeing Harebrained lean into BattleTech’s weirder machines so early in the game’s life, especially as legal trouble in the past has encouraged game developers to stick to a familiar stable of mechs.