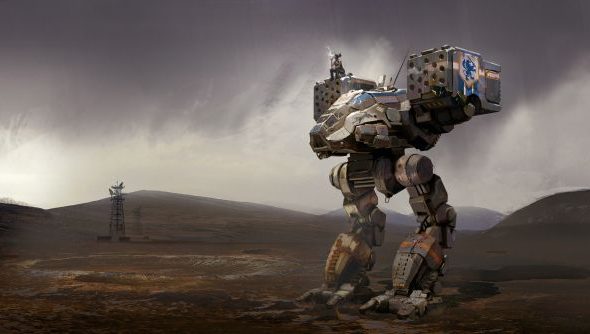 I love a good successful Kickstarter. Harebrained Schemes’ turn-based skirmish mech game BattleTech has done very well there, just cresting the wave of $2.5 million as it hits the 24 hours to go mark. This means its final stretch goal of PvP multiplayer has been hit, and the game will now include AI battles, a full single-player campaign with branching narratives and options as well as being able to challenge other squads online. It also puts it into a neat all-time ninth-place as far as video games on the crowdfunding platform go, likely to pass Elite into 8th before the end. Factoring in Star Citizen and other post-KS projects, it’s probably still in the top ten for games crowdfunding as a whole.

Here’s our favourites strategy games to keep you warm until 2017.

To celebrate and push for some more money in the final hours, Harebrained have released this video to quickly round up the key facts:

That’s a ways off though, with the planned release date currently sitting at May 2017. Your common or garden Kickstarter delay algorithm will spit out Q4 2017 or early 2018 as a likely corrective measure. There’s no mention of Early Access on the Kickstarter page, but it seems like a good fit for Steam’s service if money starts to run low or they want to release something on the promised dates.

For now, they’re still deep in the earliest stages. Some footage has been released of how the engine looks with lighting and other effects applied, but has no moving parts or evidence of gameplay quite yet.

We’ll keep a track of what BattleTech’s up to in the coming months and years.