Battletech’s third – and, until further notice, final – expansion is due for release on November 21. Called Heavy Metal, it’ll introduce eight new mechs. Seven of these, including the agile Flea, 100-ton Annihilator, and iconic Rifleman, will be familiar to fans of the setting, but one will not.

That’s because the eighth mech is all-new, designed from scratch by developer Harebrained Schemes. Making an original contribution to a universe with such extensive lore must, I imagine, be quite a delicate undertaking, so I was keen to get the details from game director Mitch Gitelman at this year’s PDX Con. Where did the idea for a new mech come from, and was it difficult to come up with a fresh design that fit within the lore?

“It was really easy for me, it wasn’t even my idea!” Gitelman says. “Our art director Marco Mazzoni used to do Battletech art – he’s a huge Battletech nerd, in the best possible way – and he says ‘can I make my own mech?’ And I’m like, ‘yeah, man. Go ahead!’ So we decided the role of the mech – it needs to be 95 tons, because there aren’t a lot of 95-ton mechs – and then I said ‘go at it’.

“He started sketching and stuff, and we honed that – like ‘ok, this works’ – and he had a real point of view on it. He’s the one who decided the weapon loadout, all of it, and we just gave it to Ryan [Burrell], our lead designer for Heavy Metal, and he did some little tweaks to the loadout for other gameplay reasons, and there we were. 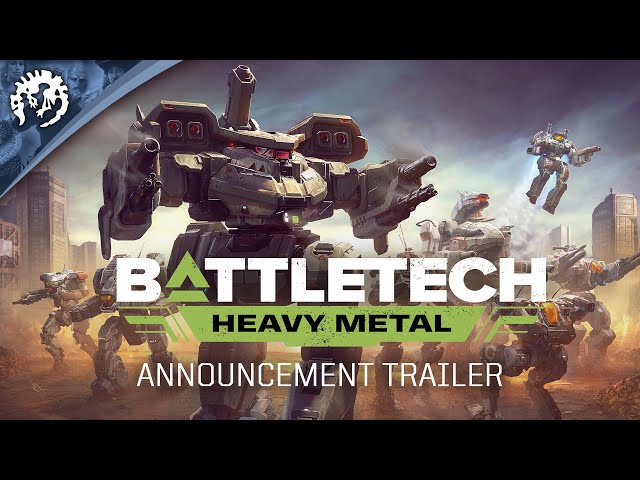 “Marco even – this is so cool – he modeled the mech in VR. Like, he sculpts in VR. So awesome.”

So the design has been in safe, even virtual, hands from the beginning. As fans of the setting will know, the reason Harebrained can’t just make up whatever mech they fancy is that the Battletech universe has a detailed history for the origins of this technology, and even for the individual models of most ‘canon’ mechs. The Bull Shark has one too, but Gitelman is cagey with the details as they relate to the Heavy Metal story, and we all hate spoilers.

“How about this: it comes from very deep space,” Gitelman offers. “This derelict spaceship has, over the course of hundreds of years, drifted into the edge of the Periphery [Battletech’s name for the outer limits of the Milky Way]. So, what’s on it? What happened?” The story is about those questions, but unlike other Flashpoint mini-campaigns, Heavy Metal’s story will arc across your entire career as a MechCommander.

With such attention to detail given to the latest potential entrant to the Battletech universe, has the IP owner, Topps, recognised the Bull Shark as canon?

“No idea!” says Gitelman. “It doesn’t matter to me, either. But I’ll tell you this: it’s steeped in canon. We’re very respectful to the whole Battletech lore […] we wouldn’t do anything blasphemous. We’re not that type of people.”