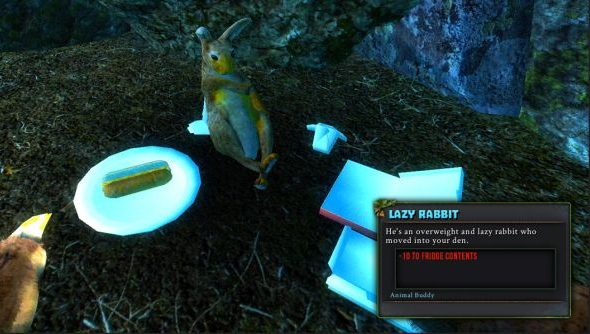 $100,000 Kickstarter Bear Simulator was released on Steam a couple of weeks back. It sold moderately, has a mostly positive review score and has been patched once. Then, a PewDiePie video slating the game did the rounds, and a series of negative reviews pointing out the game’s buggy nature and lack of features popped up. Now the developer, John Farjay, has posted an update saying that he doesn’t want to be involved with the game any more due to the drama.

We’d recommend one of the best PC games ever instead.

The Kickstarterpostwas made yesterday, and Farjay says that “making any updatesor going further is basically a lost cause now.” This comes after the highly negative (to say the least) PewDiePie video got 2.5 million views before being pulled from the swede’s channel at some point in the last 24 hours. While actual reviews of the game on Steam sit at a healthy and Mostly Positive 79%, the fallout from that video was obviously too much for Farjay to want to continue.

However, Farjay also says that he will do one final update to fulfill some Kickstarter backer promises and fix as many bugs as he is able. While some stretch goals may go unfulfilled, the game has been released as promised, and many of the backers are happy with what they’ve received. There seems to be little obligation for him to expand the game beyond what he wants to.

A little while later, he replied to his update with this comment, suggesting he may have had a change of heart:

“Ok, been in a really weird mood for a while now and cannot snap out of it. Has been really annoying and it shows. Need to get back to my original sarcastic self and stop being so complain-y. Will try to make the next update funny and interesting.”