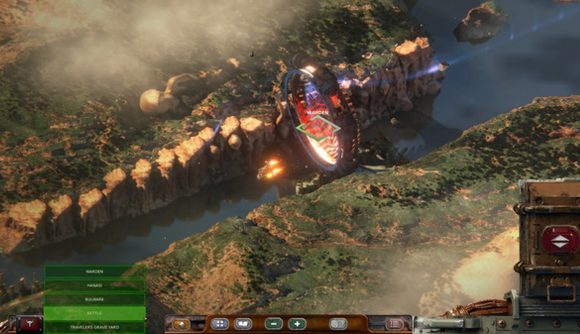 The Brotherhood, the pair of developers responsible for isometric adventure Beautiful Desolation, has published a short blog asking that anyone who pirated the game to consider picking up the soundtrack on Steam, or donating some money to the team as a means of financial compensation.

In a post on the Steam forums entitled ‘Appeal to the pirates of Beautiful Desolation’, The Brotherhood states that its development team is all of two guys making stuff in a room together, and all money made goes directly to funding that work.

“The Brotherhood is literally two guys sitting in a room, trying to compete with mega projects and mega budgets in this vast industry,” the comment says. “From the bottom of our hearts, we ask that if you play Beautiful Desolation and enjoy it, please throw a few bucks our way.” Included is a link to the OST on Steam, which can be bought separately and has a 10% discount at the moment, and a PayPal tip jar, for donations of any amount.

Beautiful Desolation is The Brotherhood’s third game, after dreary sci-fi horror point-and-click Stasis, and its free prequel Cayne. Through development and self-publishing, they have remained independent and small.

Piracy is a complex problem in the games industry. On its face it’s morally dubious because people deserve to get paid for the art they make, and the losses from pirating can be substantial. But for many, it’s the only way they can access work, whether that’s because of availability restrictions in their region or other issues. This post is a good reminder that not everyone you can pirate from is on the same footing, and to always try and find some means of monetary support wherever feasible.

Beautiful Desolation is out on Steam now, with a 10% launch discount until March 4, and if you’re feeling extra generous, there’s a few entries in our best indie games list that could use your attention, too.