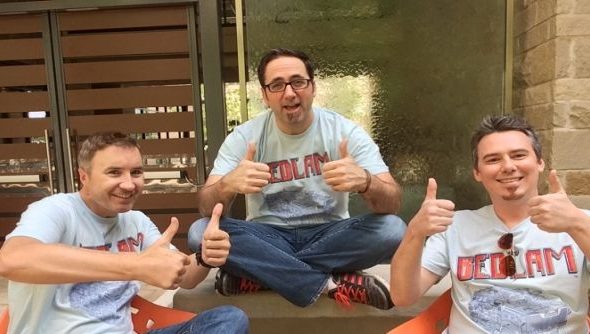 Skyshine Games have announced today that Versus Evil will publish their upcoming post-apocalyptic roguelike, Bedlam. The game is built on the foundations of the same engine Stoic used for The Banner Saga, which was also published by Versus Evil.

“The Banner Saga team at Stoic have given us some great support and advice,” said Skyshine Games. “And having seen the great partnership they enjoyed with Versus Evil, it seems [like] the natural choice to work with them on Bedlam”.

It’s been a little over three months since Bedlam was successfully funded via Kickstarter for $166,540, and Skyshine Games have been busy ever since. “It was a very exciting campaign!” said art director John Mueller. “We took a short break to recover from KS, but we rolled into development pretty quickly. The progress on Bedlam has been great and we just released the first shots of our game and announced our partnership with Versus Evil who published The Banner Saga, so things are really good!”

Skyshine Games were waiting for the “right time” to get a publisher involved with Bedlam; someone who could “take the reins on getting exposure” while the devs got their “heads down on making it awesome”. 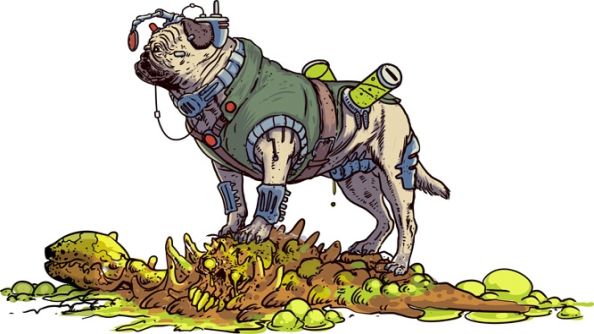 But what made Versus Evil fit the bill? “We have a close working relationship with Stoic because we use their technology.” explained Mueller. “It really was a logical step, and Versus Evil has an amazing game lineup with awesome people behind it, so we are just happy to be part of that kind of vibe.

“It just sort of made sense. We got to meet with Versus Evil [and] liked them a lot and everything they stand for.”

Sharing the same engine has had more advantages than just fostering a relationship with Versus Evil – it’s also helped Skyshine Games dive headfirst into development on Bedlam. “The Banner Saga engine allowed us to hit the ground running as there are a lot of shared concepts between both of our games.” Mueller revealed. “The presentation and gameplay is very different, but from a core technology standpoint we use all their features. The engine was also built to work with small teams so it suits us well.

“I had this project in my head for a long time and I suddenly saw the perfect way to present it. Arnie Jorgensen and I had a lot of mutual friends, I contacted him and Sam Gage and I mocked up a prototype over their existing game. That sort of got the conversation going.”

Bedlam is scheduled for a summer release later this year. You can keep up to date with the game via its official website.