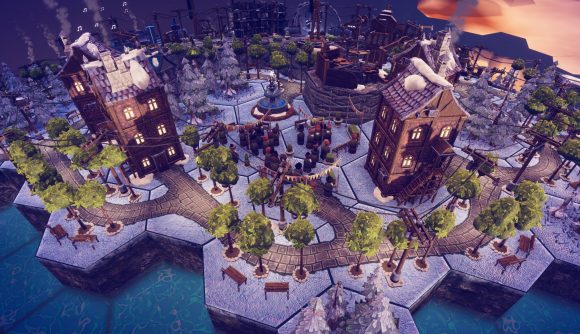 When a game gives you a weapon, the inclination is to find something to use it on. This has led to all kinds of problems, many of which are called “battle royale.” But it’s true in strategy games like Civilization VI – a lot of what happens is governed by the push to develop bigger, better weapons than your competition has. Before We Leave solves the issue by dispensing with it altogether.

In Before We Leave, you’re in charge of a small band of survivors called Peeps who awaken after a long slumber on a Lilliputian planetoid in a peaceful little solar system. You’ll forage for resources, build housing, and research new technologies as you expand your settlement. It’s all presented in a hex-based globe that’s beautifully textured and lit to look like an impossibly crafted wooden game board.

Before We Leave’s planets are much tighter areas than the world as it’s portrayed in Civilization, and space is accordingly at a premium. You’ll need to make careful decisions about where to place houses, farms, and wells – all of them need to be next to a road, and they’ll confer bonuses if placed next to the correct kind of tile or structure.

Eventually you’ll run into issues stemming from pollution – some of this you’ll be creating yourself as a byproduct of processes like smelting, but some is generated by the ruins of the civilisation that came before you and failed – its ruined towers now nothing but husks to salvage for the hope of a new generation. 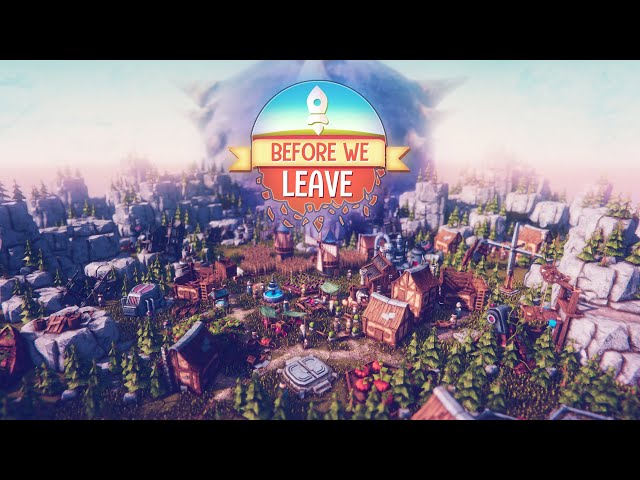 All of this happens without the need for weapons or combat. Before We Leave consciously omits that from its world and challenges you to find creative solutions to the issues that pop up – one of which is the giant space whales that roam about between your planet and the next one you may want to head off to and explore.

Before We Leave is available on the Epic Games Store and now also on Steam, and the latest update adds new weather systems and airships to research and explore with.