Videogames are undoubtedly works of art, and art is something that can shape the world around us. Every advert, every book, every painting influences the way in which we think. This is why it is so important to have good representation in the videogame industry. Through this representation, we can inspire people from all walks of life and foster a welcoming atmosphere. Videogames are no different.

As experiences that can last 50 hours or more, videogames allow the player to really inhabit the mindset of their characters and go on that journey with them. It’s crucial, then, to ensure that people of colour are shown in a positive light. That’s not to say that every Black character needs to be the hero or the ‘good guy’. But it’s nice to see minority characters that young players can look up to.

We also want to know that, regardless of race, we all share the same unifying values. What better way to show this than to have a diverse cast of characters working towards achieving the same objective?

So take a seat as we look at just some of our favourite Black videogame characters of all time.

If you haven’t played the listed games (and you really should), you might want to skip over any titles that are sitting unplayed in your Steam library. We’ll be diving deep into their stories, so consider yourself warned. 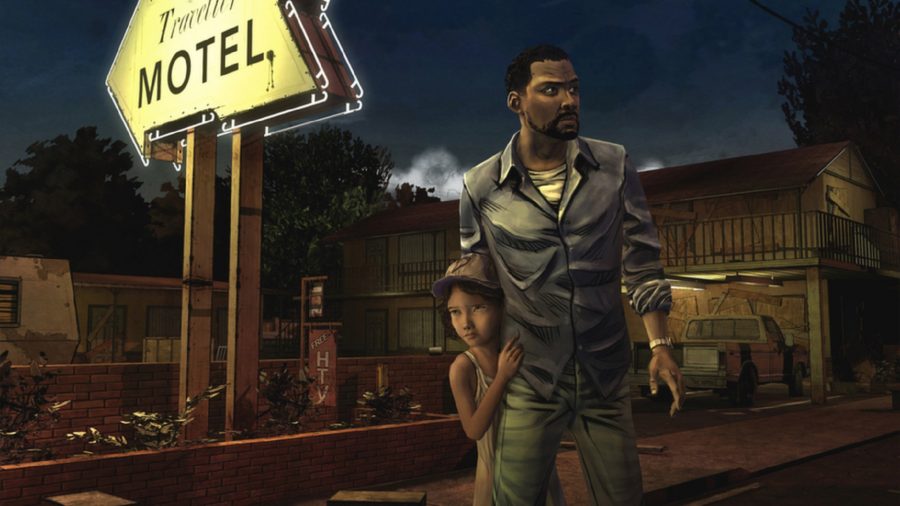 It seems hard to believe that eight years has passed since Telltale Games released its magnum opus zombie game, The Walking Dead. In 2012, the up-and-coming studio introduced us to one of the most iconic videogame duos of all time. The opening season kicks off with Lee Everett, cuffed in the back of a police cruiser and on his way to prison. A brief chat with our custodian reveals that Lee stands accused of murdering his wife’s lover, a powerful state senator. But our road trip is cut short when a walker shuffles into the middle of the road, turning the vehicle (and Lee’s life) upside down.

Lee’s kindness and love are always with her

The zombie apocalypse quickly ushers in a new order, one that favours survival instinct over humanity and compassion. Thrust into a world of impossible circumstances, where betrayal lurks around every corner, Lee shows us there is a different way. When the Macon man discovers a helpless eight-year-old girl stuck in a tree house, he eschews self-interest and takes her under his wing. A lesser person would have walked away. But Lee, without hesitation, jeopardises his own safety to keep young Clementine safe. The brain-munching zombies play second fiddle to this father-daughter relationship as Lee teaches Clem how to survive the undead hordes. This makes his untimely death all the more impactful – a scene that shattered even the stoniest of hearts.

In future chapters, Clem uses her mentor’s training to navigate a civilisation on the brink of moral bankruptcy. While we see Clem growing to become a strong and capable young woman, often out of sheer necessity, memories of Lee’s kindness and love are always with her. Following in Lee’s footsteps, Clementine takes on the mantle of protector and raises an orphaned child named Alvie. Lee would’ve been proud. 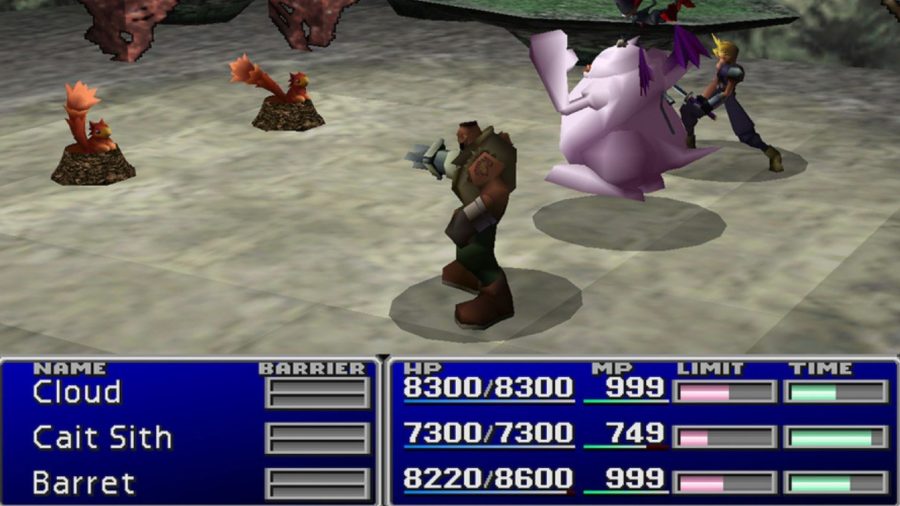 What would you do if a villainous mega-corporation was systematically destroying your home to bump up its profit margins? That’s the question that Square puts to the player in Final Fantasy VII. In doing so, the devs seek to make the audience sympathise with a gang of eco-terrorists. Shinra, an electric power company based in the industrial city of Midgar, has tapped into the planet’s lifeblood, extracting its mako energy as a means of generating vast amounts of power. Not content with just killing off the planet, it’s revealed that Shinra is also using mako to create an army of obedient super soldiers.

This is where Barret Wallace comes in. As the leader of a ragtag band of misfits called Avalanche, Barret launches a series of raids to disable Shinra’s mako reactors. Although Barret’s goals may seem noble, his methods raise serious ethical questions – as you might imagine, blowing up an energy reactor in a bustling city can lead to some pretty hefty collateral damage, including plenty of civilian deaths. Barret rationalises this carnage on the basis that it’s all for the “greater good”.

However, it soon becomes clear that our freedom fighter’s motives aren’t entirely righteous, as his vendetta against Shinra has much deeper roots. Behind the gruff exterior lies a brave and honourable man. He fought to save his hometown from Shinra’s influence, fostered his late friend’s young daughter, and led a resistance group against the dual evils of Shinra and Sephiroth. Although superficially, Barret is influenced by Black male stereotypes in the vein of Mr T, the richness of his character reveals itself over the course of the story. In this respect, Square deftly avoids 2D storytelling and lazy tropes, and imbues Barret with an admirable love of his daughter and some unshakeable principles, creating a sense of nuance and believability. And that’s worth celebrating. 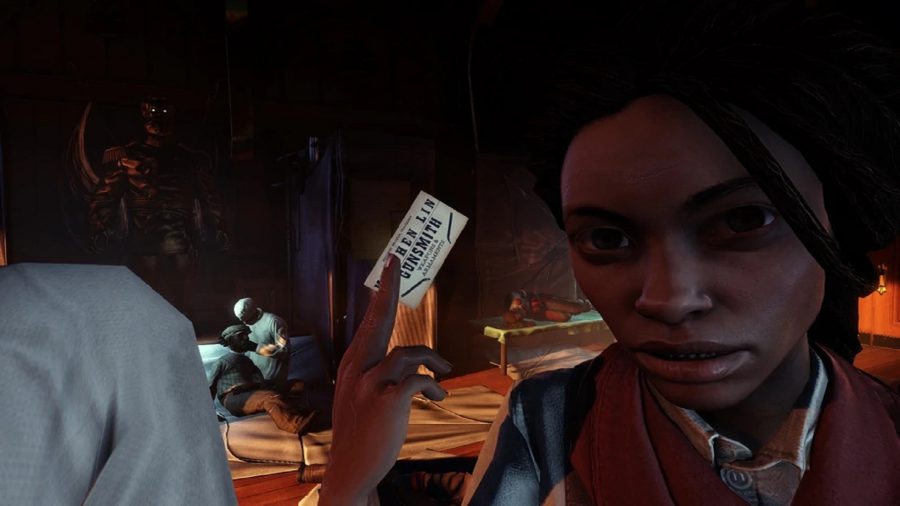 Renowned game director and writer Ken Levine tackles some pretty bold topics in BioShock: Infinite. As part of a mind-bending tale about a man who sells his own daughter to a version of himself from another dimension, Infinite explores themes of racism, slavery, class division, sectarianism, and violent revolution.

Daisy Fitzroy, a character just as complicated as Booker DeWitt, helps the player understand slavery from the perspective of one of its many victims. Taken to the floating city of Columbia by wealthy industrialist Jeremiah Fink, Daisy ends up serving as the housekeeper to the city’s founder, Zachary Comstock. After the authorities wrongfully accuse her of murdering Comstock’s wife, Daisy is arrested, interrogated, and studied. Daisy escapes and goes on to become the leader of a resistance group called the Vox Populi. She delivers a series of impassioned and articulate speeches to convince her followers to engage in a violent uprising, ultimately taking over the district of Finkton and killing its corrupt owner.

On the surface, it seems that Fitzroy is blinded by hatred and vengeance. She kills the very person who freed her from captivity. When DeWitt emerges in an alternate timeline – one in which his other self became a martyred symbol of the resistance – she sends her men to kill him because he “complicates the narrative”. And she almost slaughters Fink’s young child. While we sympathise with Daisy’s plight and despise the bigotry that infects Columbia’s cobbled streets, these developments definitely add a certain unease into the player’s mind.

Infinite’s DLC clears some of this up. It turns out that Daisy was approached by the Lutece twins before Elizabeth kills her. During this meeting, she was told that her sacrifice was necessary to give Elizabeth the strength to defeat Comstock. “It’s up to you what matters more: your part in the play, or the play itself,” the cross-dimensional siblings explain. And so Daisy merely threatens to kill the child in a bid to provoke Elizabeth, whose maturation as a result guarantees the revolution’s success, stops the war between Columbia and the United States, and breaks the cycle of oppression. 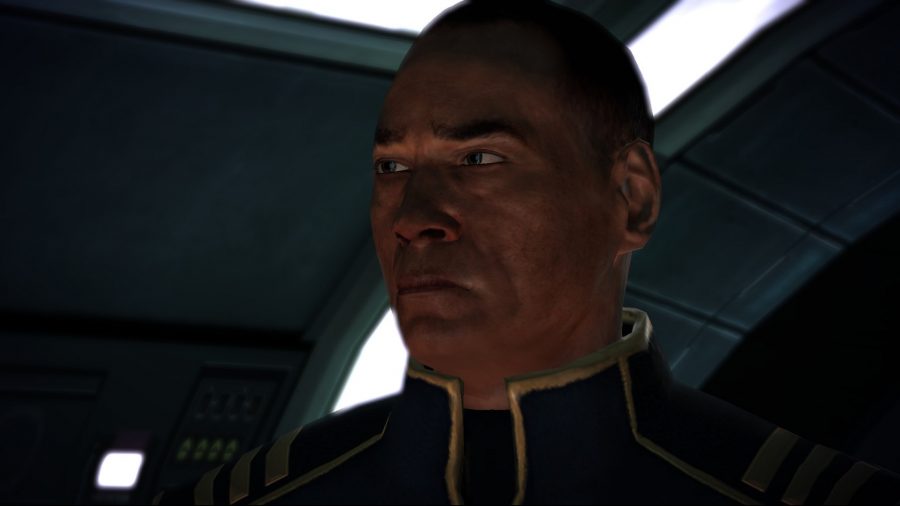 Stoic, loyal, and with an unflinching dedication to getting the mission done, Mass Effect’s David Anderson is the perfect military man. The former N7 operative served during the First Contact War and was a candidate for the first human Spectre (a galactic secret policeman). During a mission to evaluate Anderson’s performance, however, the Spectre Saren Arterius blew up an eezo refinery, killing innocent civilians. Saren used Anderson as a scapegoat for the disaster, ultimately dashing his Spectre candidacy. Instead of throwing in the towel, Anderson climbed the ranks of the Alliance Military to become a highly decorated commanding officer.

Over a decade on, Anderson’s leadership skills are needed once more. He helps present evidence of Saren’s guilt to the Citadel Council, following Shepard’s discovery that the he is colluding with the hostile robots known as the Geth. When his second in command becomes the first human Spectre, Anderson leaves his pride at the door and embraces the momentous achievement. Against his own interests, he even steps down as captain of the Normandy and places the ship in Shepard’s hands. Over the course of the trilogy, Anderson serves as a voice of reason and guides the player during their fight against the Reapers. He is the epitome of selflessness and an unwavering ally and friend. 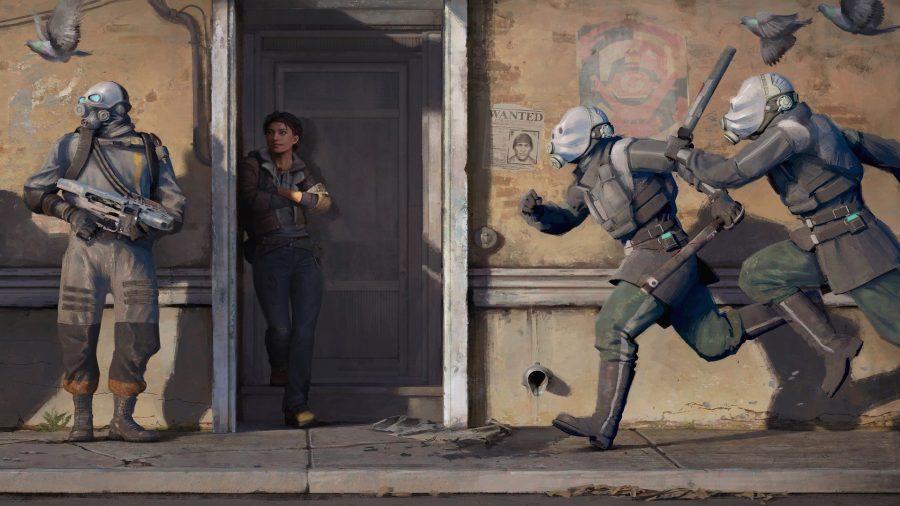 Eli Vance was just a bit player in the original Half-Life, so much so that his character (scientist03) remained nameless throughout. Half-Life 2 took a more serious approach to character development, fleshing out the physicist’s backstory. After bearing witness to the horrors of the resonance cascade, Eli fled the Black Mesa research facility with his baby daughter, Alyx. In the sequel, the Vances are instrumental in taking down the Combine, a menacing union of extraterrestrial conquerors that occupied Earth.

The genius of the Half-Life series lies in its deft approach to environmental storytelling. Alyx and Eli’s relationship isn’t conveyed to the player through bits of explanatory dialogue; it’s shown in the way the two interact with one another. For example, Eli’s dreams of a more normal world are revealed when he, rather sweetly, tries to set his daughter up with Gordon. His embarrassing talk about grandchildren may seem like a small detail, but it tells you more about your friend than a simple bio description.

Read more: Here are the best VR games on PC

Alyx and Eli don’t just hurry the story along or regurgitate mission details. They are characters whose relationship means something special to the audience. When looking at a picture of Eli’s family, he remarks: “You remember my wife, Azian, don’t you? That picture and Alyx were all I managed to carry out of Black Mesa”. This simple interaction tells us not only of Azian’s passing but gives some indication of how Alyx and Eli became so close. Fighting through waves of enemy forces has significantly more meaning when you know who you are doing it for, and Valve achieved this masterfully.