Boo! Sorry, didn’t mean to make you jump… *ahem*. It is the month of Halloween, which means it’s time to scare ourselves silly for unnecessary reasons. (Seriously why do we do this again? I digress.) TV can be good, films even better, but when it comes to chilling you to the bone, videogames are the best. There’s nothing quite like it when the horror is happening directly to you.

It could be your choices or your missed clicks that land you in a compromising position, and sometimes it’s just the game screwing with you, but in any case, you’re in the driver’s seat. The nightmare is happening on your watch, and in your head. This list will have some of that obvious horror, the knowing-you’re-about-to-die type stuff, but also some of the less assuming Halloween-themed games. Jump scares aren’t for everyone, you know? I’ll show you some multiplayer, some single-player, some I’m-too-scared-to-play-anymore-player.

What are the best Halloween games? 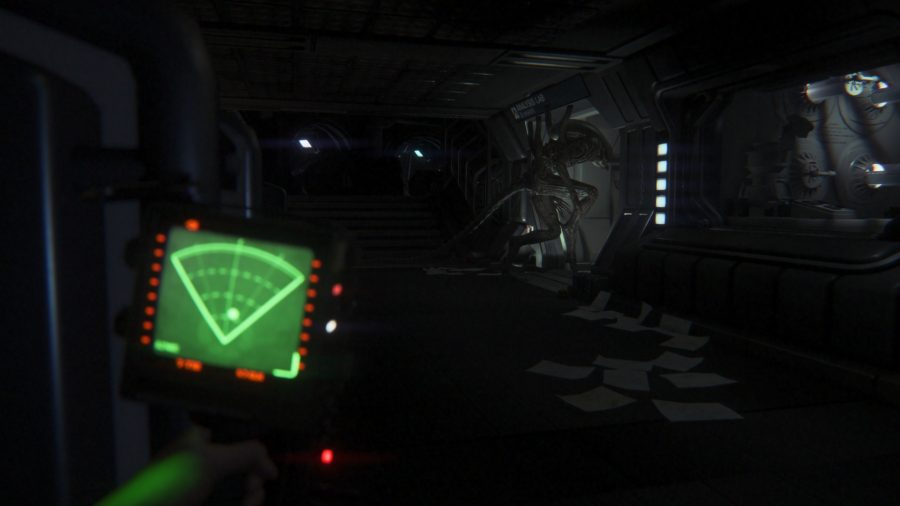 As a kid, I was terrified of the possibility of a home intruder (thanks, Home Alone), so I considered all the places I could hide in my house. Under my bed and inside my wardrobe were the top picks, although admittedly unimaginative. I hadn’t thought about that fear for a long time, and then Alien: Isolation popped up. All my childish urges to hide and not come out for fear of a big bad something are articulated on screen in a truly frightening manner. I love to hate this game because I can appreciate how it scares the heck out of me, and because it was built with fear in mind. I hate it because I feel like it hates me back, in this weird circle of hatred. If you want it to hate you too then here’s its Steam page and my blessing. 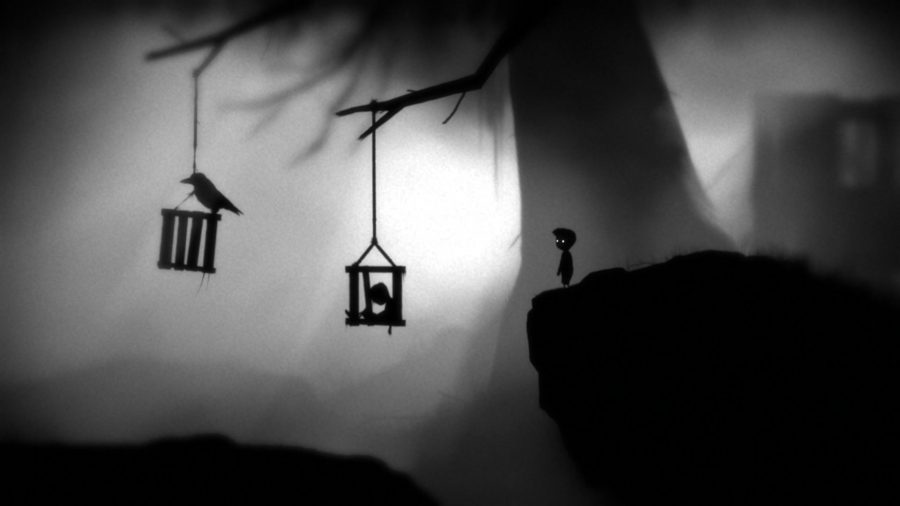 This isn’t so much a scary game as it is an atmospheric one. It was a toss-up between Limbo and Inside for this spot, but I had to go with the game that won my heart first. You play as a child, lost in what looks like a hellish underworld. Creatures scuttle in the background and eerie silence is the most comfort you’ll get. All you can do is push forward – no other option appears.

For a game with almost no plot whatsoever, its narrative is told beautifully and almost silently. All you can hear is your crunching footsteps, the occasional foe, and a dull lull of white noise which you soon forget about. When you stop playing the game your world is both more and less silent than it was before. This is for those who aren’t interested in jump scares or action, and it’s that subtle, creeping sense of dread it instills that makes it one of the best Halloween games around. Grab it here. 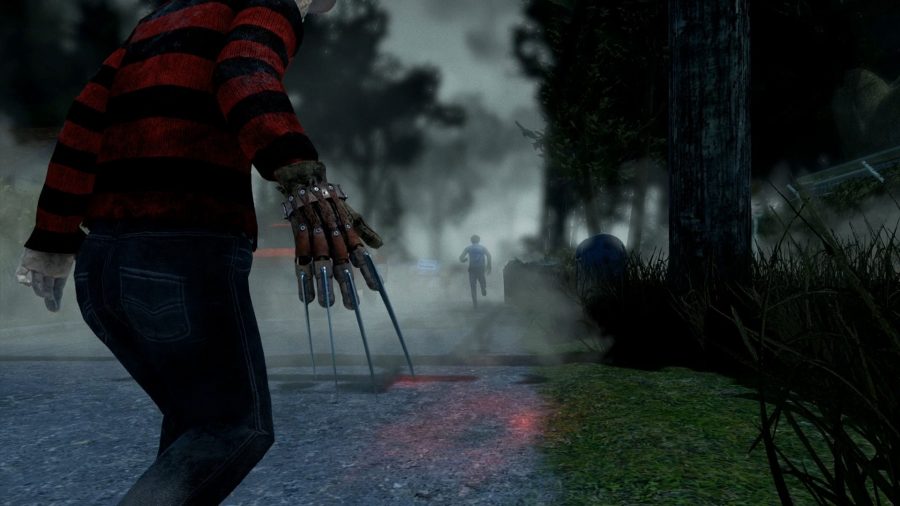 How about some blood, guts, and gore, but with friends? Sprinkle in some DLC inspired by one of the best-known horror flicks of all time and you have yourself Dead by Daylight. The successful multiplayer horror experience puts you in a 4v1 game, where you might find yourself at the mercy of a murderous mischief-maker or in their shoes, terrorising the poor victims stuck with you. Either option is a great laugh and strangely a lot of fun given how much deadly sacrifice goes on. If you’re looking to play a scary game with friends, Dead by Daylight is for you. 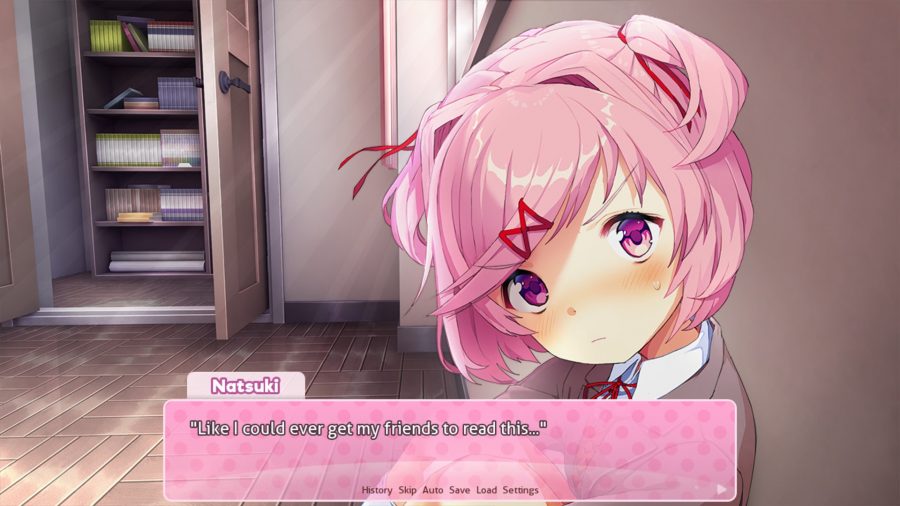 This is such a friendly, nice game to put in the middle of the list. It’s so cute and cordial, and there definitely isn’t anything wrong in the slightest. No terrifying realisations, nor deadly characters. No chilling sequences or harrowing developments. Just a sweet, innocent, anime dating sim!

If you want to experience this definitely not-scary game, its Steam page will direct you to the right place. It’s also free, so cheap thrills galore, however please do note the page tells you the game isn’t for kids, nor the easily disturbed. I would heed that warning. 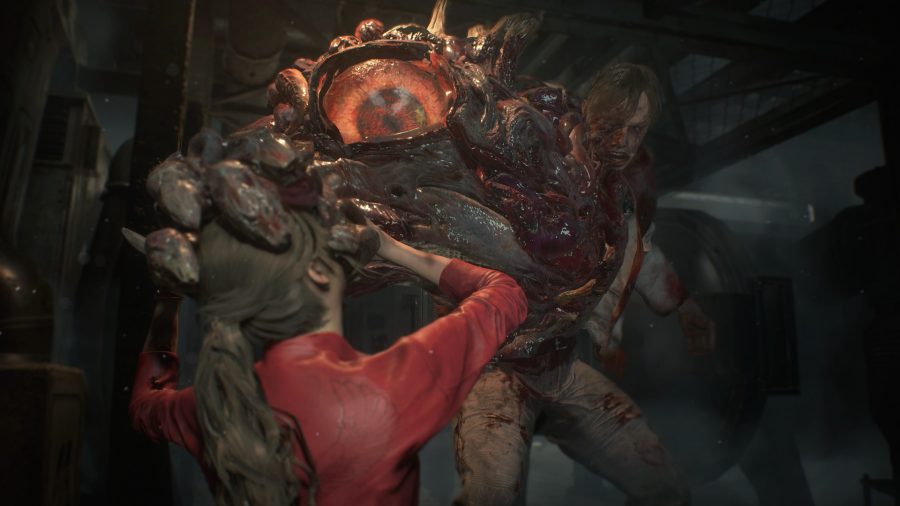 It would be wrong of me not to mention one of the most highly commended games of this year, and possibly one of the most successful game remakes ever. The Resident Evil 2 remake launched at the very beginning of 2019 and won the hearts of those who loved the original, as well as uninitiated hardcore horror hounds. Reimagining, yet staying very faithful to the spirit of the original, the RE2 remake is the perfect classic horror experience for Halloween. You’ll have the best fun working out the numerous puzzles and mysteries of Racoon City. Next thing you know you’ll be leaving all your house lights on because the feeling Mr X is just around the corner won’t go away. Ominous warning: get the game and your electricity bill will be marginally higher this month… ~wWooOOoo~. 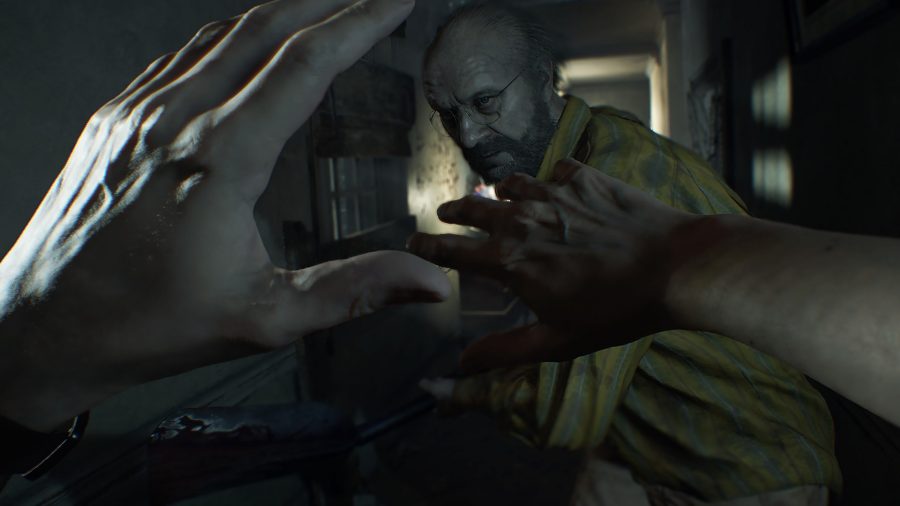 I know, I know – so nice I had to include Resident Evil twice. Also I was told if I didn’t include both these Resident Evil games, more than one person in the office would threaten me with a nasty demise, so here’s Resident Evil’s take on a haunted house. All the creepiness of those fun amusement park rides, except you can and will die if you take a step out of place, and those actors pretending to hunt you genuinely want you dead. So, not like an amusement park at all, really. Basically think big house, murderous inhabitants, and a mystery only you can solve all with a smattering – or splattering, I guess – of grotesque, grisly gore. I shudder to think of buying this game, but you can if you like. 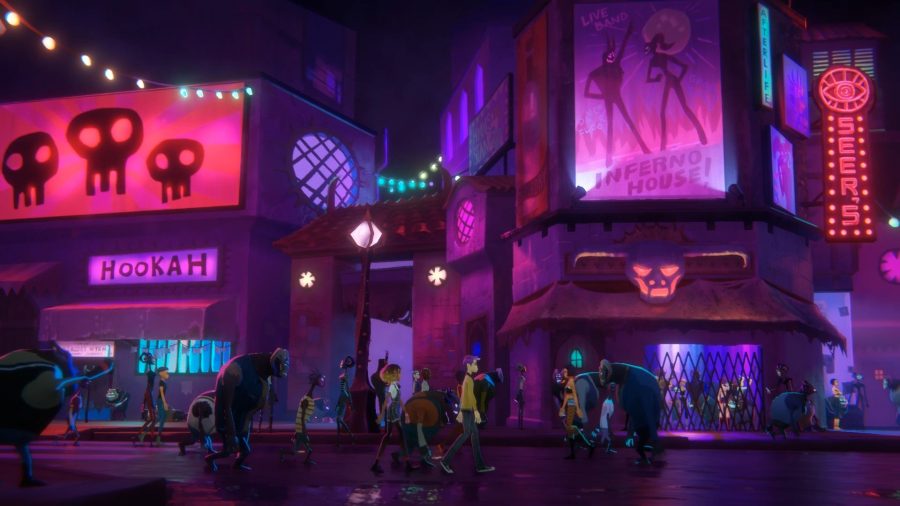 Hallow-lujah, Afterparty came out on the Epic Store yesterday! I’m putting it on this list because the premise is just so good that I think it’ll make a phenomenally fun Halloween game. After a terrible accident, best friends Milo and Lola find themselves stuck in Hell forever. Sucks huh. But as it turns out Satan loves a good drink-off, and if the two besties can out-drink the master of the underworld, he’ll allow you to return to Earth.

Afterparty was created by Night School Studio, the team behind Oxenfree – another contender for this list – and although Oxenfree is super creepy and all that, I’m the type to prefer the humour of downing a pint with the Devil. Sue me. It mixes the horror of being dead with the bit of Halloween where everyone drinks far too much in a lovely neon 2D adventure. 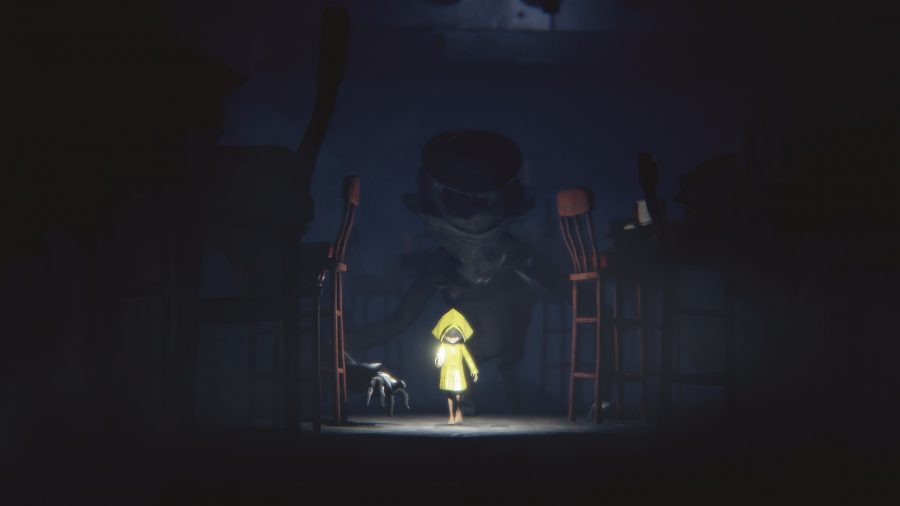 Little Nightmares is a fascinating game, the type where fans have spent hours, days, and weeks trying to unravel its mysteries. Mysteries I could tell you about, but I think half the fun of the experience comes from personal interpretation of what you see, and the ‘ah-ha’ moments of silent exposition. You play as Six, a small child in a world not designed for you. Everything is big and callous – dirty, even. You’ll come across some nightmarish stuff on your adventure, and it’ll leave you wondering who you are and what this grotesque place is for a long time to come. But I’ve said too much already – you can try Little Nightmares for yourself if you want to know more.

Goodness, look at all those good games you could play this Halloween season. I’m pretty proud of the list – I even avoided getting beat up for not including some of the rest of PCGamesN’s favourites which is nice. Any one of these games is spooky in its own way, you just need to work out which feels the most enjoyable to you!

Played all of these titles? No worries, here’s a list of the best horror games on PC which must have something that’ll scare your socks off… that’s if you’re wearing socks.