Getting your hands on the best liquid cooler might seem like overkill given that the best CPUs for gaming are generally increasing their performance-to-TDP ratios with each new release. But this increased CPU efficiency doesn’t necessarily make for decreases in temperature, as manufacturers can instead focus on cramming in more transistors and maintaining previous heat output. Given this, while air cooling can do the job just fine, you might want to go the extra mile and install a good all-in-one (AIO) liquid cooler to keep your components running nice and chilly (especially if you’ve learned how to overclock and want to crank some extra performance out of your CPU).

The top cooling manufacturers have been put through their pace on our test bench, with AIO liquid CPU coolers from AlphaCool, Thermaltake, NZXT, Arctic, and of course Corsair. But why do you need to go all out on a liquid CPU cooler? If you want to push your processor’s clock speeds to meet its potential then you need to make sure overheating isn’t a factor, and that’s where liquid coolers come in.

You might think water and electronics go together like chalk and a particularly soggy cheese, yet an effective pump and radiator combo will move heat away from that CPU faster than you can say ‘thermal throttling’. Of course, they often feature more RGB LEDs than you can shake a stick at, so you need not worry about colour-matching with the rest of your rig.

What is the best liquid CPU cooler?

For our money the best liquid CPU cooler is the Alphacool Eisbaer 240. It’s affordable, effective, and can be refilled years down the line if you’re worried about old coolant, or evaporation. It may not be the flashiest chip chiller, but it’s a quality all-in-one choice for your PC. 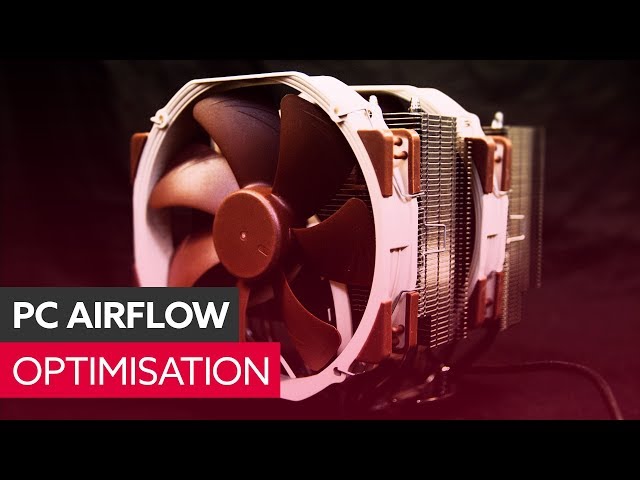 All-in-one liquid coolers take all the pain out of putting the soggy stuff inside your PC. You can create your own custom loops, taking in GPU cooling while you’re at it, but that’s far more in-depth and a serious build project in its own right.

AIO coolers, however, can be set up in half an hour and still make a tangible difference to your gaming PC. 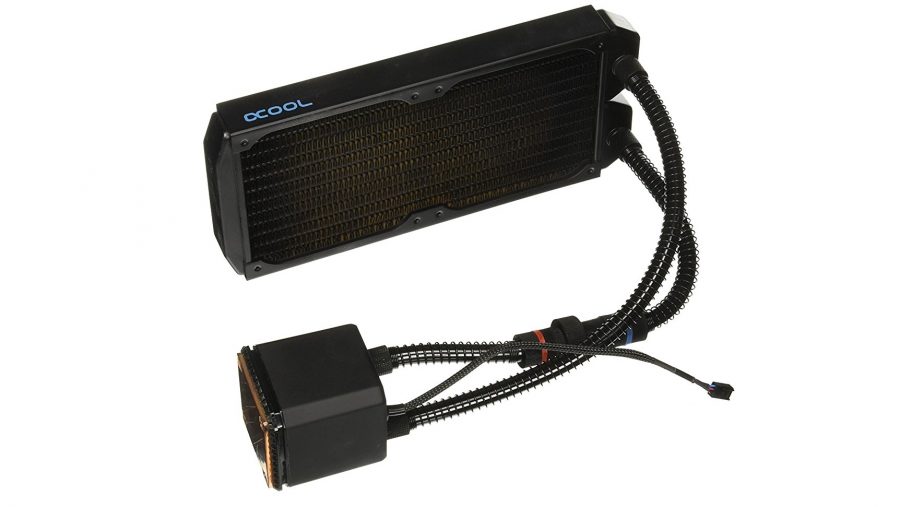 Cool, quiet, and unobtrusive, everything a good all-in-one liquid CPU cooler should be.

AlphaCool has really outdone itself with the Eisbaer 240. This cooler came out on top of our cooling charts, and it’s cheap to boot. AlphaCool also keeps things standard with its ¼ inch connectors and refillable loop, adding even more lifespan and potential for upgrading down the road.

In ditching the software for this not-so-closed-loop cooler, AlphaCool has made it so that this capable chiller runs straight from your BIOS. It’s not the flashiest of all the chip-chillers, and unfortunately there’s no RGB lighting if you are into that sort of thing, but with a nearly all-black design, sleeved fan cables, and a semi-industrial look, this cooler blends in with your rig and gets on with the job at hand.

It may be slightly lagging behind the H100i v2 in cooling performance, but the fantastically low noise levels make it a worthy chip-chiller.

The latest update to the classic Corsair H100i liquid CPU cooler isn’t just about that new ring of LED light around the shrunken pump. It’s not even about the more svelte design of the radiator either. No, the real boon of the new H100i Pro RGB is the noise it makes… or rather the lack thereof.

Thanks to the super-quiet maglev fans included in the package, and the addition of a Zero RPM mode, the Pro RGB can stay almost entirely silent for much of the time your PC’s online. Relying on the flow of water and the passive cooling of the radiator alone the H100i can keep the CPU cool enough not to have to worry the fans until you start to really thrash it. That means in a lot of games, ones that are more GPU and less CPU dependent, you may not hear the fans at all.

Thermaltake’s Water 3.0 is the slightly more budget-friendly version of its Premium Floe Riing 240 cooler. It ditches the RGB pump lighting and the app support, thankfully, but still delivers low-noise performance with a little more flash. The fan controller in the box controls fan lighting profiles, but it also allows for either low-noise mode or normal mode for performance.

At stock speeds, this cooler is more than capable, and as one of the cheapest options it’s a great buy for someone that wants a quiet liquid-cooled build. This cooler is capable with some mild clockspeed tuning, but for anything a little more intensive, you might want to look elsewhere. 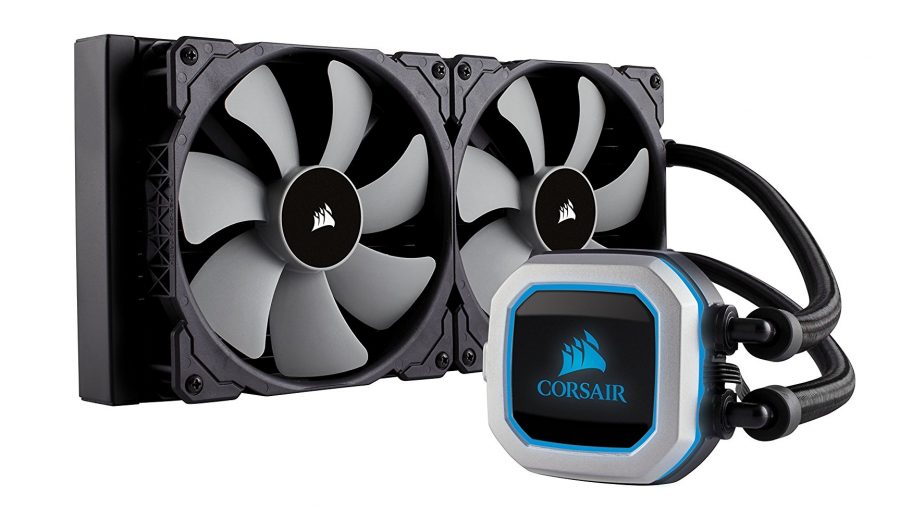 I’ll be damned if there are any quieter all-in-one coolers out of the box than this one.

The Corsair H115i Pro RGB offers good performance with incredibly low noise. The two ML-Series 140mm fans combine the low-RPM performance of the larger blade size with the low-friction operation, thanks to the magnetic levitation design. This combination is conducive to the fantastic airflow these fans produce with little noise whatsoever.

With Corsair at the helm, and RGB in the name, it’s easy to guess that this cooler comes fitted with a handful of rainbow LEDs to light up your rig. Surprisingly, these little luminous electrodes never made it into the fans, although that is likely good news for your bank account. Corsair’s H115i Pro is a welcome addition to any silence-focused build – mostly because you’d barely know it was there if it wasn’t for the considerably chilly CPU temps.

A great centrepiece to your high-end build, but not the level of performance you might expect given the aesthetics.

NZXT loves to make its products stand out from the crowd, and the Kraken X62 is no different. This chunky 280mm cooler features a unique infinity mirror lighting design that makes the Kraken x62 an incredible build centrepiece.

Overall, this is the most stunning-looking cooler of the lot. NZXT has a certain flair for lavish designs, and you won’t find many other coolers that draw the eye away from a flashy graphics card as much as the Kraken x62. Unfortunately, NZXT couldn’t carry this level of detail over to its CAM app, which left this chiller with mediocre performance. If you aren’t scared of kicking fan control back to BIOS, then it should be, at least, a quieter unit. 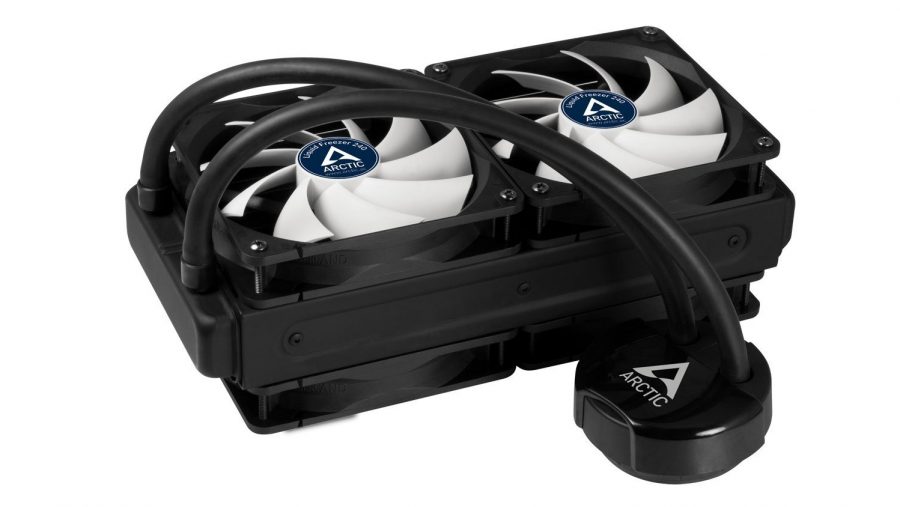 Arctic's cooler is one of the cheapest we've tested and also the only one to ship with four fans to create a full push/pull configuration.

Arctic is offering the cheapest chiller we’ve looked at by far. But Arctic is one of the few manufacturers to include enough fans in the box to set up a full push/pull configuration right out of the box. Thanks to these extra fans spinning away in your rig, this cooler offers great cooling potential and value for money, and was almost our pick as the best liquid cooler overall.

With price/performance metrics off the charts, it’s really no surprise the Liquid Freezer was a close second for the top spot. No it’s far from the prettiest design in the world, and Arctic have ditched all the RGB flair, but in return you get a cooler that gets the job done – with no unnecessary features, and no frustrating software. Kudos, Arctic. 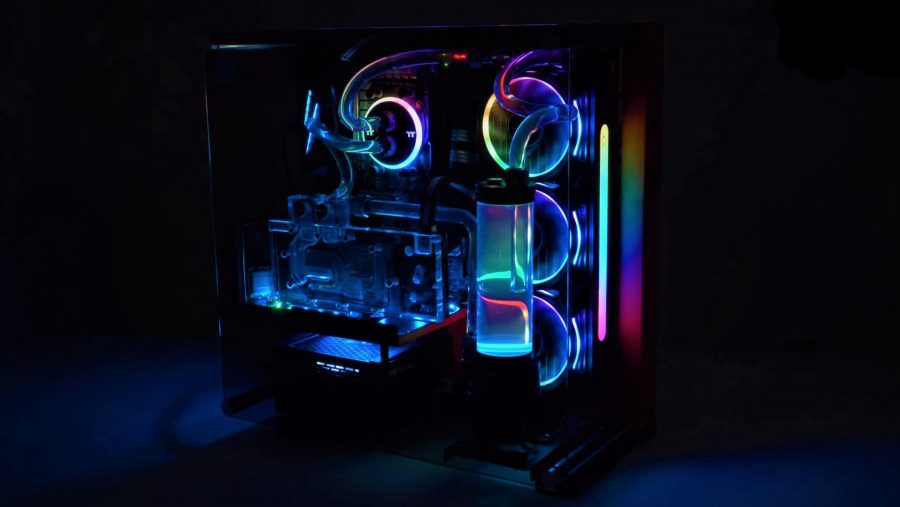 Sure, going to the extreme effort of adding a full water cooling loop to your gaming rig will give you the best combination of performance and pretties, but it takes a hell of a lot of work. And if you’re not building a showpiece machine, or a super-overclocker, then chances are you just want something simple to chill your chips with.

And that’s the beauty of the all-in-one liquid cooler. The AlphaCool Eisbaer is our current favourite, offering the option to widen out the closed loop thanks to its standard 1/4-inch connectors and refillable reservoir. It’s also not too pricey either.

Plenty of power: These are the best CPUs for gaming

But Corsair’s range delivers some excellent liquid coolers too, with the Pro RGB Pro able to run in a completely silent, passive mode, and the 280mm version offering great chip-chilling performance.

Then at the more budget end of the market, the Arctic Liquid Freezer is the cheapest kit, yet still comes with four fans to enable a push-pull setup for extra cooling. Now there’s no excuse not to liquid chill your chips.