The best Oculus Quest 2 games are the ones that draws you into the world and lets you swim in the joys of VR. There are a staggering amount of games on the Oculus Quest 2, and it’s also one of the best VR headsets when it comes to the cost to performance ratio. When you factor in the lack of wires, it’s easy to understand why so many people have been delving into digital worlds using this device.

However, as there is so much choice, navigating the store to find the best Oculus Quest 2 games can be a bit of a chore. It helps to have a rough idea of what you should be looking for whenever you’re in the mood to buy a new game, whether that be FPS games or a story-driven adventure.

Thankfully for you, we’ve made a list of the best Oculus Quest 2 games. We’ve covered a lot of bases with these ten games, and it should mean that you’ll be able to experience the most exciting games VR has to offer.

The best Oculus Quest 2 games are: 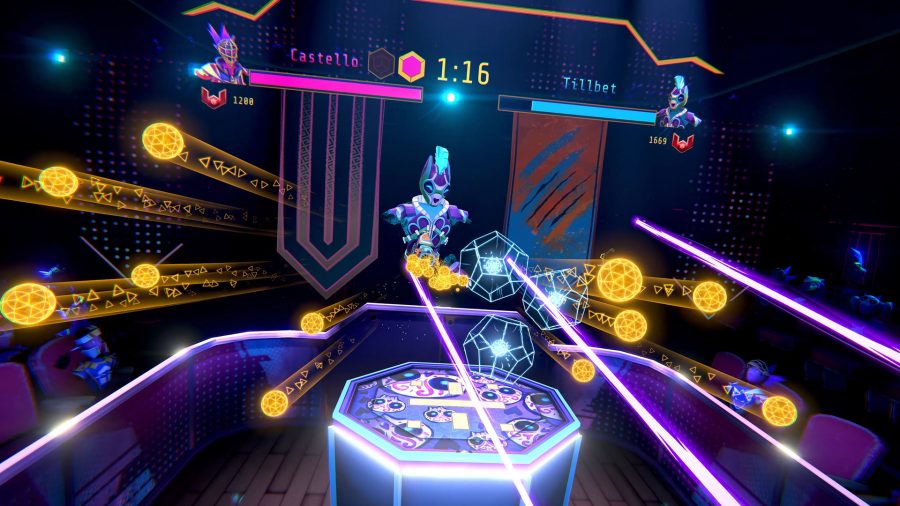 Imagine, if you will, standing opposite an opponent atop a strange pillar. Each of you waves to the other as your guns load in around you, and from there, you fire bullets of varying size and speed until one of you has no HP left. This isn’t some gory affair, but an intentionally cartoony one, and it’s an absolute blast, pun intended. 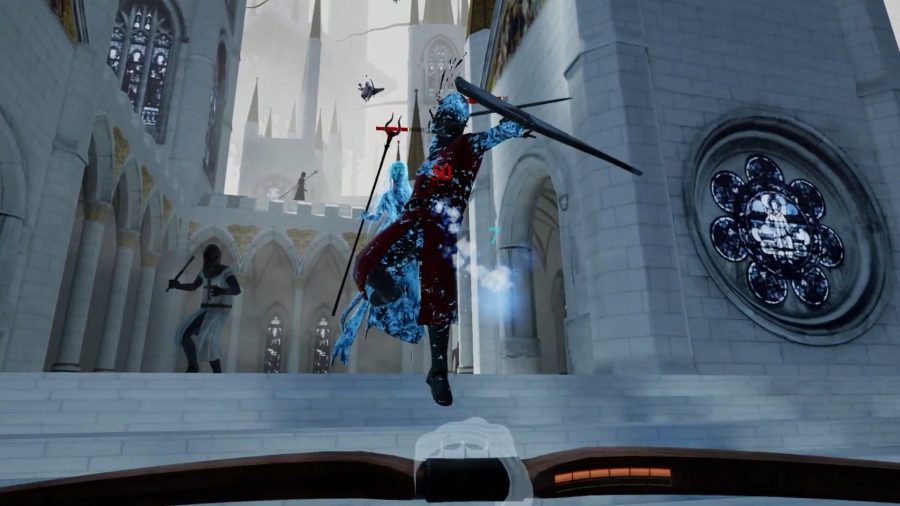 Roguelike games work surprisingly well in VR, especially for players who don’t like to immerse themselves in virtual reality for too long. If it takes a while to find your VR legs, roguelikes aren’t demanding of your time, just your commitment in the long run. In Death: Unchained is the Oculus Quest 2 version of In Death, and it offers the same wonderfully satisfying archery-based combat and marginally horrifying environments as the normal game, but on the go. 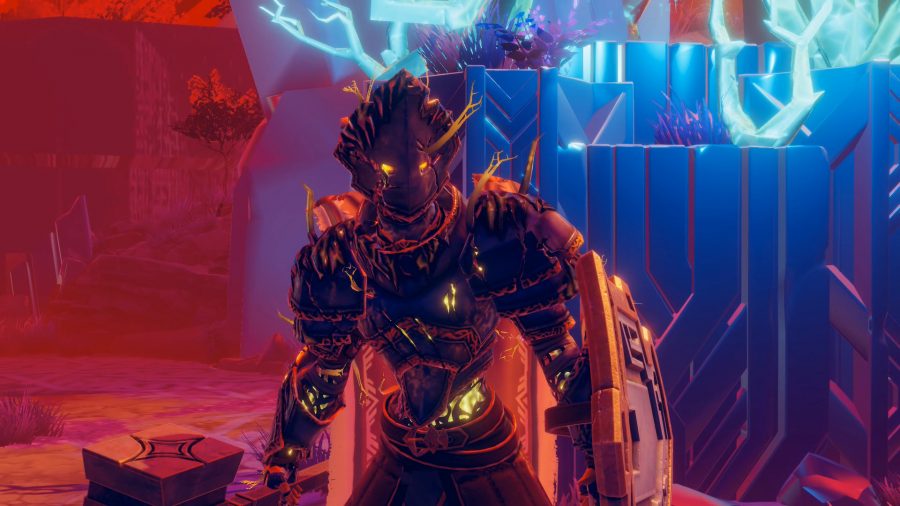 Until You Fall is a roguelike that plonks you on a wonderfully vibrant and colourful planet, and then asks you to fight for your life. This game offers blisteringly fast melee combat that has you dual-wielding weapons of your choice as you hack and slash your way through fights. Each challenge can easily kill you off if you’re not careful, so you need to learn to parry, dodge, and duck if you want to stay alive. 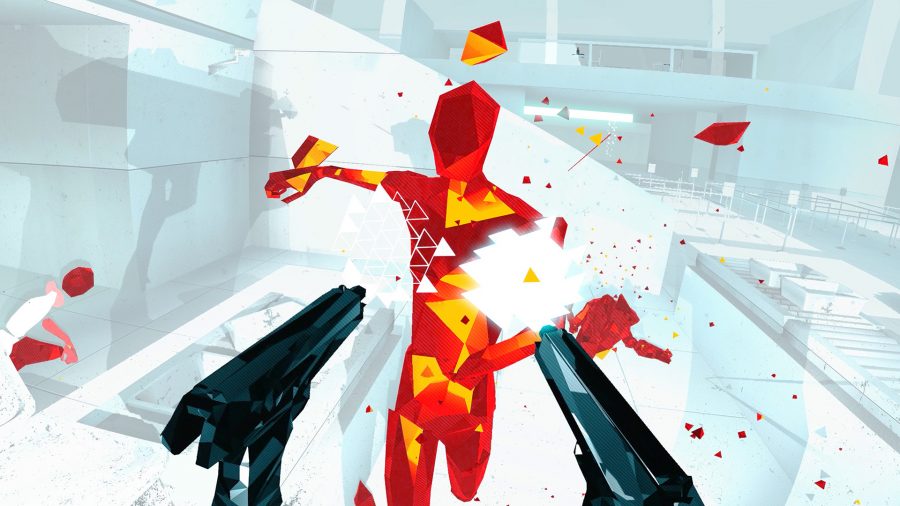 SUPERHOT VR takes the same red, blocky enemies of the flat-screen version and places you among them. Every step, hand gesture, and head movement you make moves time, and you need to make sure you’re in control to avoid getting shot. Along with the story itself, there are a few entertaining modes to mess around with, and it’s never not fun to endlessly smash through hordes of faceless enemies. 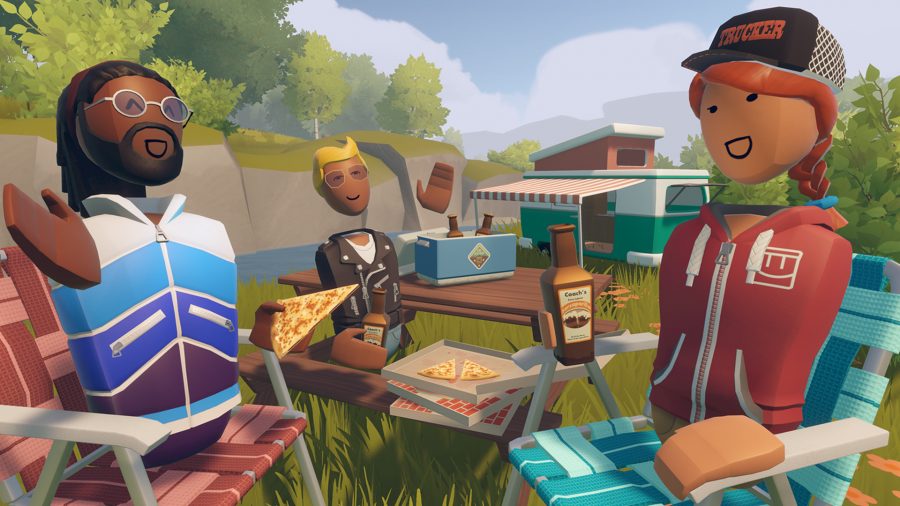 While VR Chat is fun, and it is, it’s also a little too hectic for a lot of people. Rec Room, on the other hand, is easier to manage and get into. It’s a free social game that allows you to meet up with mates or make new friends in VR, and then go around digital worlds playing paintball, going on adventures against cardboard goblins, or even indulging in the special battle royale mode that’s unique to the Quest. 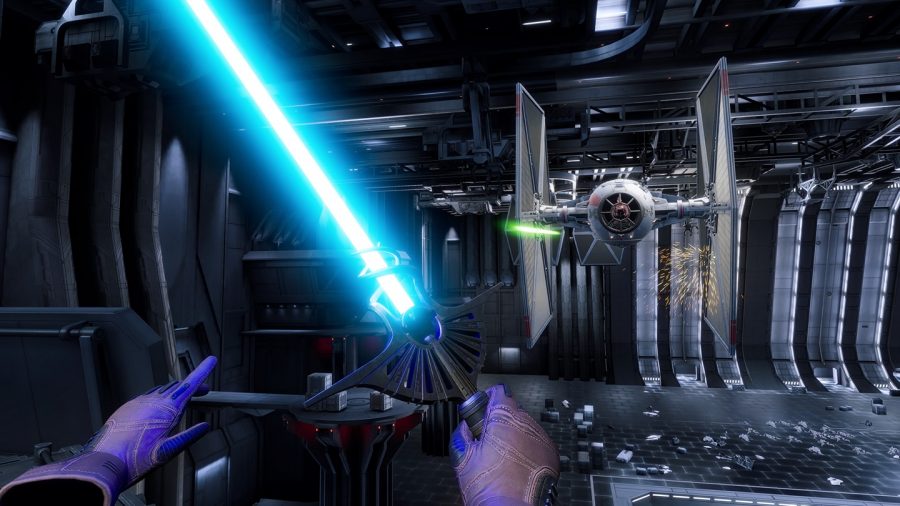 While this is technically three games, this is our list, so pretend it’s not. The Vader Immortal series puts you in the world of Jedi and Sith, and then allows you to play through three different stories exploring the world. While embodying Vader is very cool, a lot of people find themselves continuing to come back to the games for the lightsaber dojos. Each game offers a slightly different experience, but they’re perfect for just hopping in and slicing things in half. 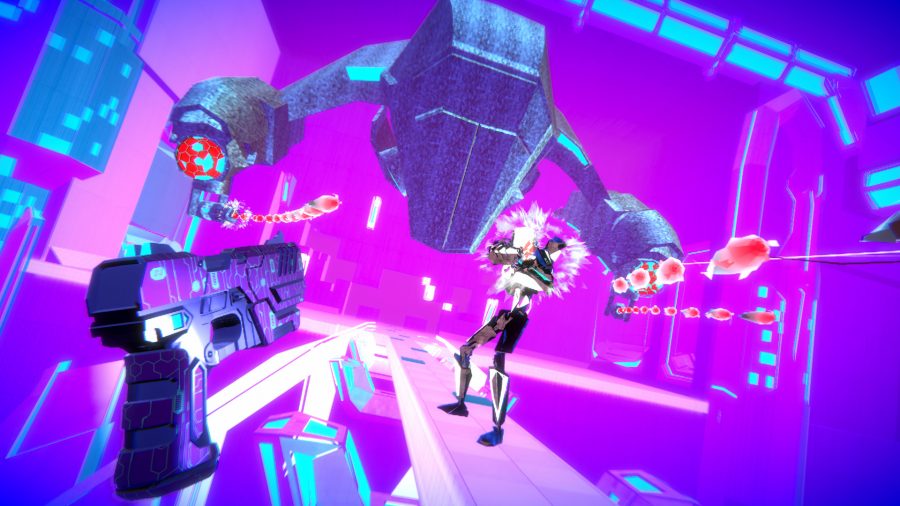 Pistol Whip started off as a rhythm game where you had to shoot bad guys while listening to sickeningly dirty music. That was more than enough for most people, but it’s been updated a fair bit since the initial launch, and it now features campaigns to play through as well. It’s a wonderfully weighty experience that rewards you for your aim and timing. Also, the music absolutely slaps, which is all the more entertaining when you’re living up to the title and smacking a bad guy with your gun. 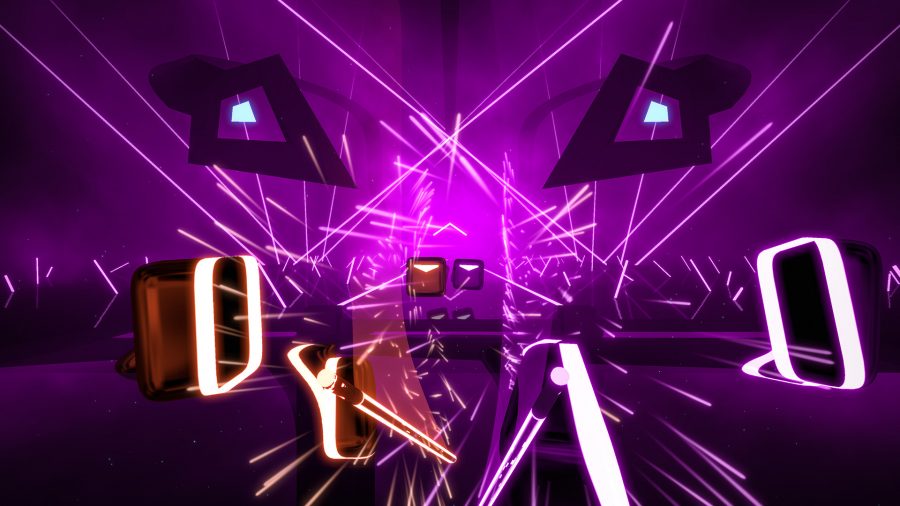 You’ve heard of Beat Saber. Everyone’s heard of Beat Saber. It’s one of those VR games that’s so overwhelmingly easy to understand and satisfying to watch, that it’s a clear favourite in our best Oculus Quest 2 games list. You simply stand on a platform with a light… beat saber in either hand as blocks rush at you to a beat. You’ve just got to cut them in half and listen to music. What could possibly be more entertaining than that? 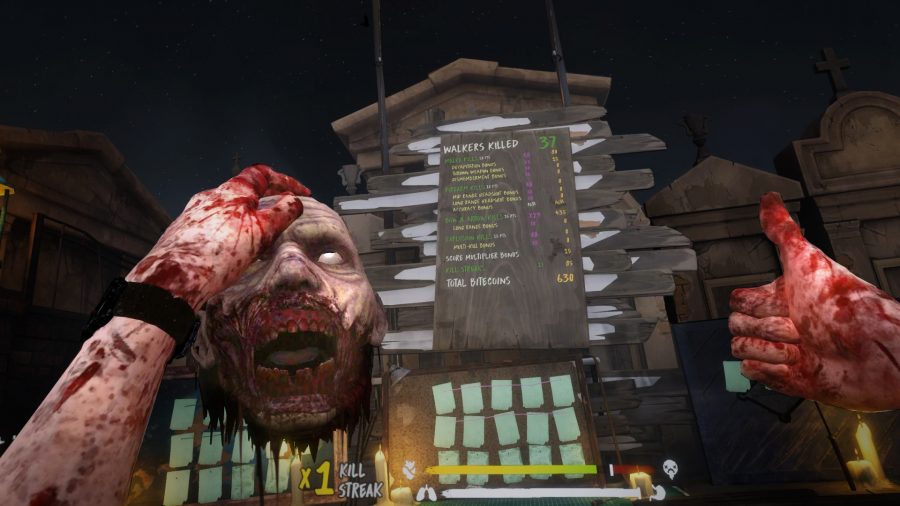 The Walking Dead: Saints and Sinners

The Walking Dead: Saints and Sinners is a zombie game, where you play as a character who’s stuck in New Orleans in among a zombie infestation. You have to sneak around, try and complete quests, and use the satisfying combat to survive another day. There are even choices to be made too, which is great for replayability. 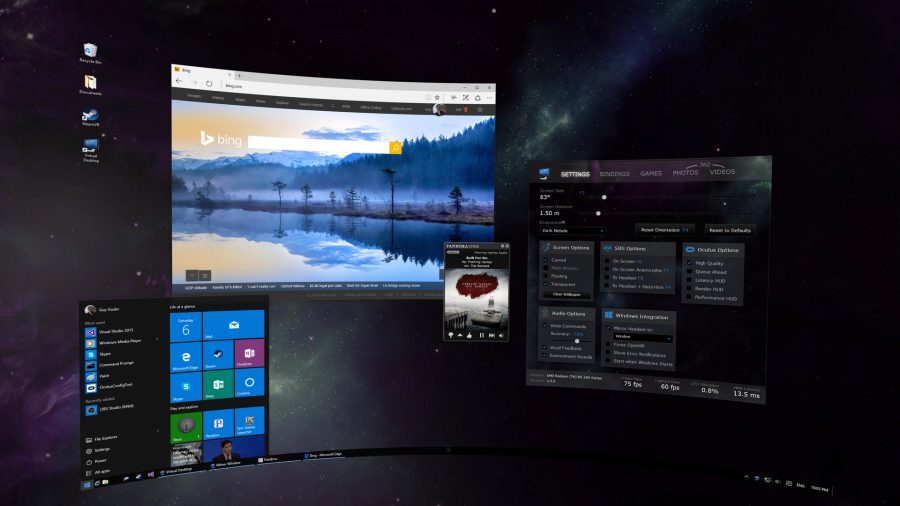 Our final choice isn’t a game, as such, but it is an important purchase for Quest owners, which we think makes it one of the best Oculus Quest 2 games. It offers an easy way to access your PC from your VR headset wirelessly. Technically, AirLink from Oculus does the same thing, but it doesn’t always play nice with your Steam VR titles. With the Virtual Desktop though, we’ve never had that issue.