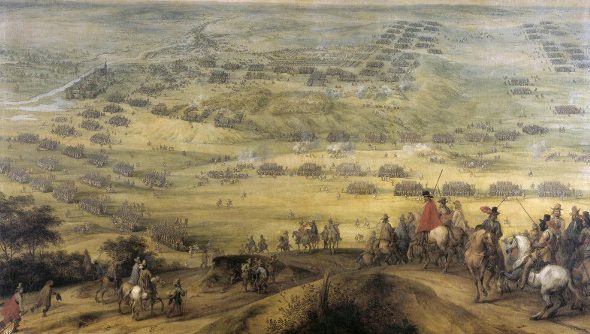 When is the last time you really lost yourself to a game? I don’t mean really enjoyed it, or played a lot of it. I’m talking about that Civilization-style “how it is three in the morning already?” realization that you’ve just spent five hours utterly absorbed in a task, without a thought to spare for the outside world. I’m talking about the game that seems to exert an almost gravitational attraction, that is somehow launching even as you sit down in your chair, because it’s location on your desktop is a part of your muscle memory now.

It doesn’t happen to me very often anymore. Maturity and experience have tempered my relationship with games. I really can play just a few turns of Civ, or do just a mission or two in Assassins’ Creed. But Europa Universalis demolished all my restraint. It is too good a game: a puzzle that can never be fully solved, a story that always has one more twist, a voyage with just one more leg.

Playing Europa Universalis IV is like reading an exciting history book and then seeing yourself step onto the stage. Suddenly Charles the Bold is tagging out, and you’re taking his place as the Duke of Burgundy, wedged between the two irresistible historical forces of France and Habsburg Austria. This story is supposed to end with the duchy finally being extinguished, but maybe this time it can end differently.

All the key elements are there: the Byzantine international politics — with all its false-friends, hated enemies, respected rivals, accursed traitors, and helpless bystanders — a web of causes and consequences that can cause events to spiral out of control for even the most conscientious rulers, a world that is ever-changing, and domestic issues that can demand attention at the most inopportune times. 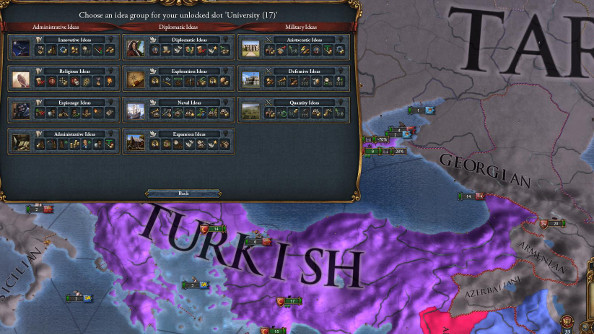 That’s why it feels so genuine. You have a great deal of power and control… but you are also at the mercy of historical chance and constraint. A great king dies and leaves no heir, plummeting your fledgling empire into a deadly civil war. You make huge territorial gains and redraw the map of the world, only to discover that now half your army is tied down suppressing nationalist movements and, meanwhile, a cabal of nations has formed against you to block further expansion. You need more. More of everything. More infrastructure, more money, more troops, more territory.

What’s so funny is how it is at once an historical fantasy and a harsh lesson. In my time with Europa Universalis, I was both the wise defender of my nation and the wicked, incompetent imperialist. I was the coward who took a shameful peace and the brilliant manager who brought his country into modernity and set it on a course for greatness. I was better than the people who ruled the world during the Renaissance, and then I was every bit a bad. Sometimes there are very good reasons for doing very stupid things, as you put out fires with one expedience after another.

Yet far from feeling hamstrung or hassled, Europa Universalis IV leaves me feeling excited for the next stage. Every new problem gives me that same burst of happiness as turning the page in a book of crosswords, or finding a group of puzzle pieces that, from their pattern, must somehow be made to fit together. It is a game I can play even when I’m not playing it, as my mind works over exactly how the hell I’m going to force Russia to the peace table, or what I’m going to do when the Europeans show up at the edges of my burgeoning Indian superpower. 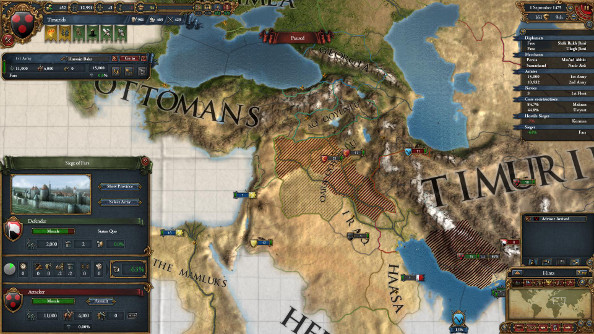 This is a difficult balance for a strategy game to strike, and Europa Universalis IV is the result of years of tinkering with a good recipe. It’s the one that brings all the pieces together into something tremendous, fun, accessible, and challenging. It is the Paradox game I can recommend unreservedly, the one that doesn’t come with caveats about “once you figure it out” or “if you give it some time.” It’s a great game, from beginning until…

Well, if I ever find an ending, I’ll be sure to tell you about it.