With 2020 being a disaster of a year, you may actually be looking forward to seeing your family during the holidays this year. Seeing as you’re all cooped up inside anyway, you may as well hand your loved ones a controller and get to work forcing them to play games with you. There’s no better way to usher in the holiday season than by huddling around the television with loved ones to play videogames, and generally it’s better if those loved ones can play the games with you, rather than just watching. That’s why we’ve compiled our favourite split screen and local co-op games.

We’ve included a mix of competitive and cooperative games, depending on the type of people you’re playing with. While the idea of repeatedly destroying your friends and family at games might sound appealing, you may want to channel that energy into completing tasks together instead. Let’s face it, an argument during the holidays is inevitable, but that’s no reason to force one.

Sure, you could play some of the best PC board games, but you’ll probably need something with a bit more tempo to keep everyone conscious after dinner. Whether you’re playing these games huddled up next to a monitor, or streaming your PC directly to your smart TV with the Steam Link app, there should be enough on this list to keep you busy over holidays. 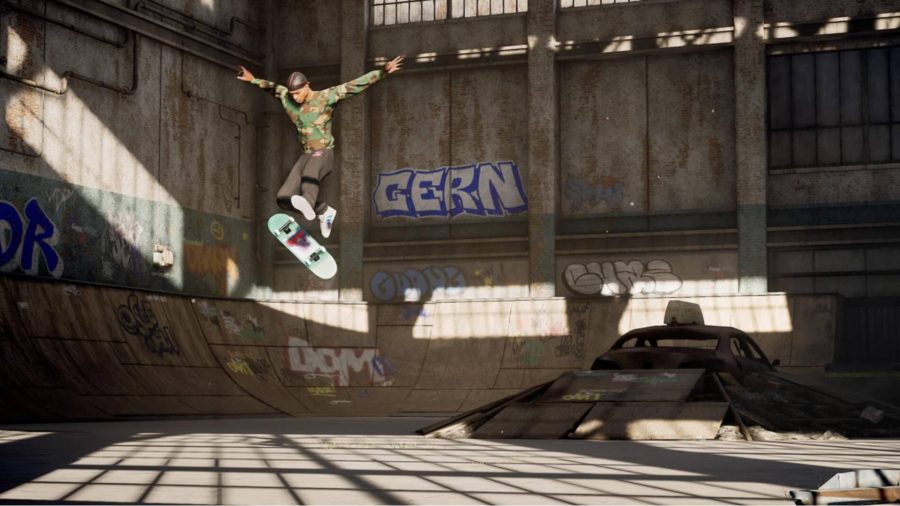 Before you could play games over the internet, the Tony Hawk series made a name for itself with its amazing split screen multiplayer modes. Tony Hawk’s Pro Skater 1 + 2 resurrects this nostalgia-filled experience, complete with all the classic game modes such as Trick Attack, Graffiti, and Horse. Watching two players heckle each other during a game of Horse beats the Queen’s speech hands down.

More like this: Here are the best skateboard games on PC

If you aren’t competitive, you can always change the mode to Free Skate for a relaxing skate session. The beauty of this mode is that anyone can play and listen to the amazing soundtrack without having to worry about any pesky objectives. This is a great way to show first-time skaters the ropes without delving into the game’s complex mechanics. Who knows, you may even be able to convince mum to pop a quick kickflip before the New Year. 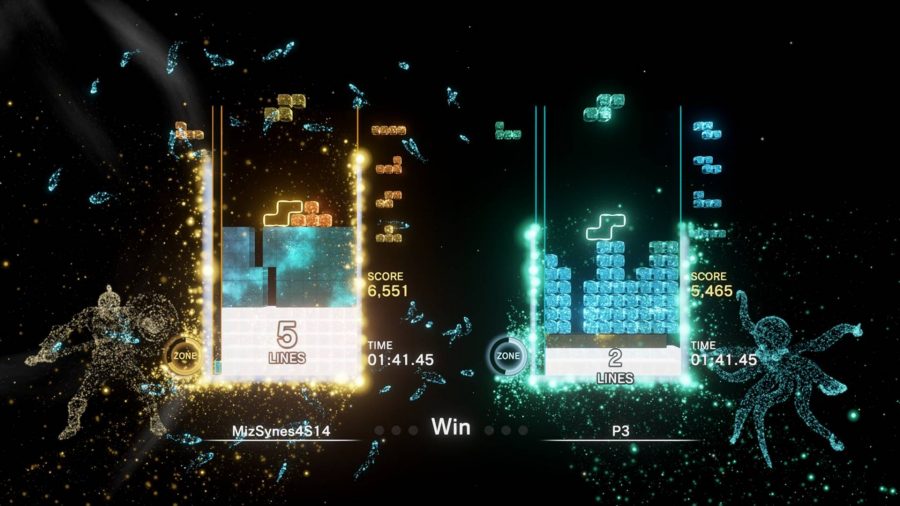 Tetris Effect’s latest expansion introduces new multiplayer modes to the game, adding a cherry on top of one of the greatest puzzle games ever made. Not only do you have the standard versus modes that the Tetris series is known for, Connected puts a spin on things by introducing a unique co-op mode, which pits three players against one CPU opponent, giving each person their own screen.

No matter how good you are individually, you won’t be able to succeed without working together. In order to damage the boss, you’ll need to fuse your screens together, creating one massive Tetris screen. Attacking the boss requires a lot of cooperation, but when it all comes together, you’ll be able to celebrate your mince pie-fuelled victory as a well-oiled machine. 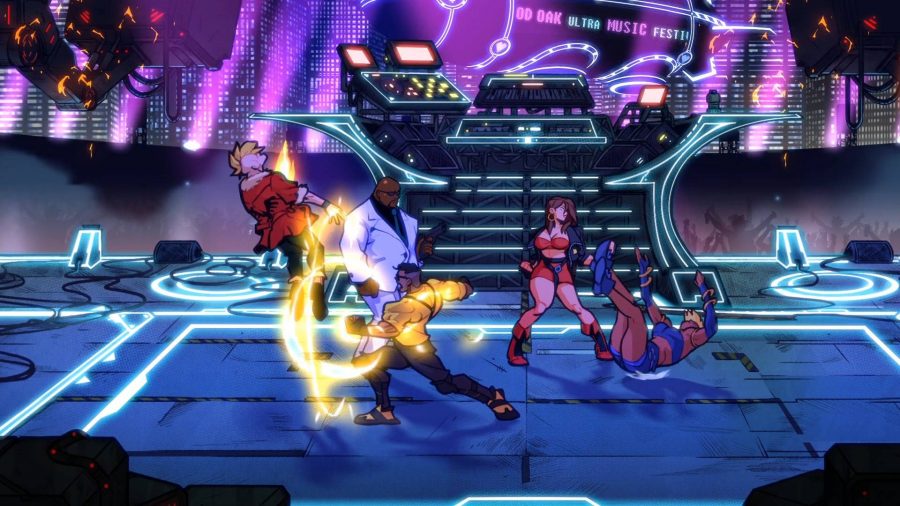 It only took 26 years to receive another Streets of Rage sequel, and while things could’ve gone poorly, Streets of Rage 4 managed to exceed fans’ astronomical expectations. This side-scrolling brawler reinvented the series’ combat system, introducing combos and two new heroes to join mainstays Axel Stone and Blaze Fielding. Unlike the previous games, Streets of Rage 4 ramps things up to new heights by allowing four players to tackle the main campaign together.

If you’re looking to start some fights, be sure to enable the friendly fire which introduces an element of danger to your teammates’ button mashing approach. There’s also a battle mode to prove exactly which player has been dragging the team down the entire time. You should be able to get through the campaign in only a few hours, making it an excellent game to play during the festive season. 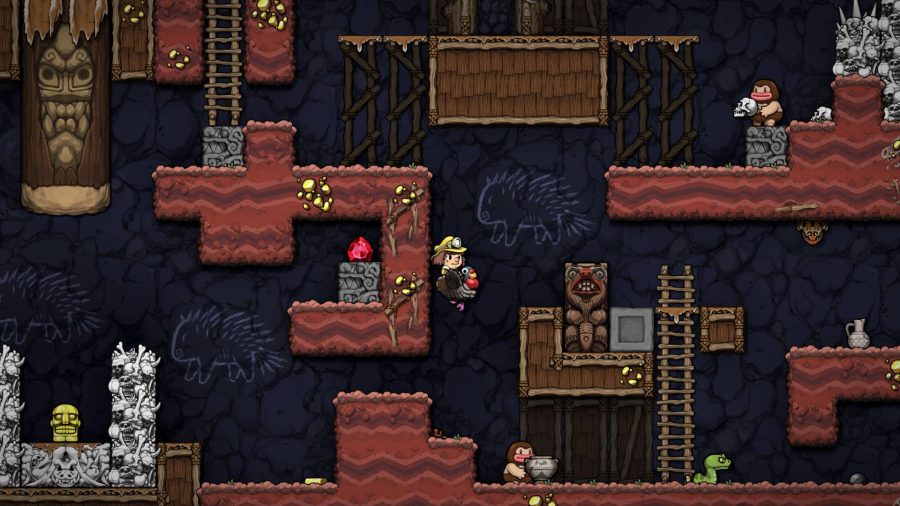 Fortunately for you and your favourite relative, Spelunky 2’s dangerous environments can be tackled in co-op. Spelunky 2 is already a tough game and adding a mate into the mix doesn’t necessarily make things any easier, but that’s part of the game’s charm. The larger levels give way to more exciting and even more frustrating moments, like when your co-op buddy accidentally kills you by setting off an arrow trap.

While you can play Spelunky 2 with up to four players in the adventure mode, we’d recommend sticking to just two players lest the on-screen carnage becomes too much to keep up with. Alternatively, you may want to check out the surprisingly robust arena mode if you get sick of your co-op partner, putting them through their paces in an arena filled with bombs, plasma cannons, and more rope than you could possibly need. 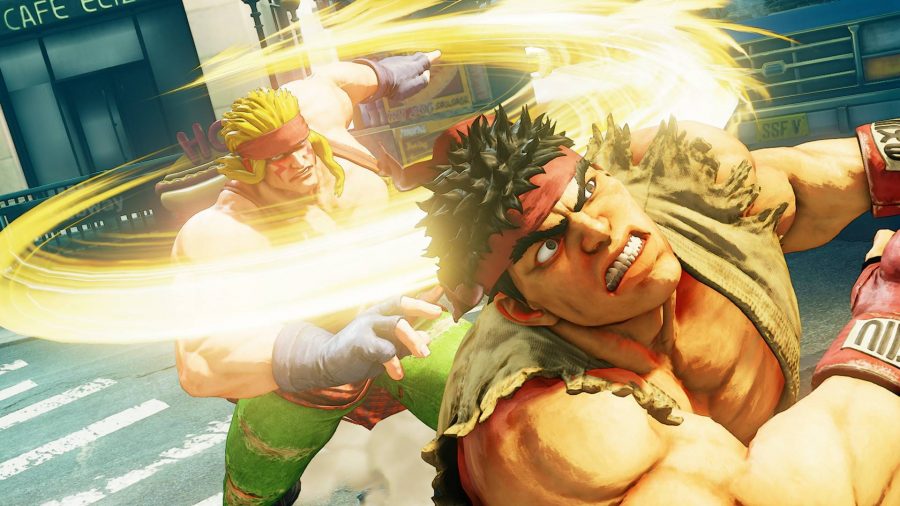 Whether you’ve only got time for a ten-minute brawl, or you’ve booked out an entire day for some family beatdowns, Street Fighter V: Champion Edition is perfect for the Christmas season. This highly competitive fighting game can create long-lasting rivalries spanning decades. No matter how old you get, the eternal battle between Ryu and Ken will never end.

Street Fighter V features numerous Christmas outfits and stages to really get into the spirit of the holiday, and all of these are included in its Champion Edition. Fight in front of a giant inflatable version of Abigail surrounded by decorated trees, or take to the streets of Frosty Boulevard in several Santa-inspired costumes. While fighting games generally work best with experienced players, you only need to land one good hit to find yourself utterly hooked on Street Fighter. 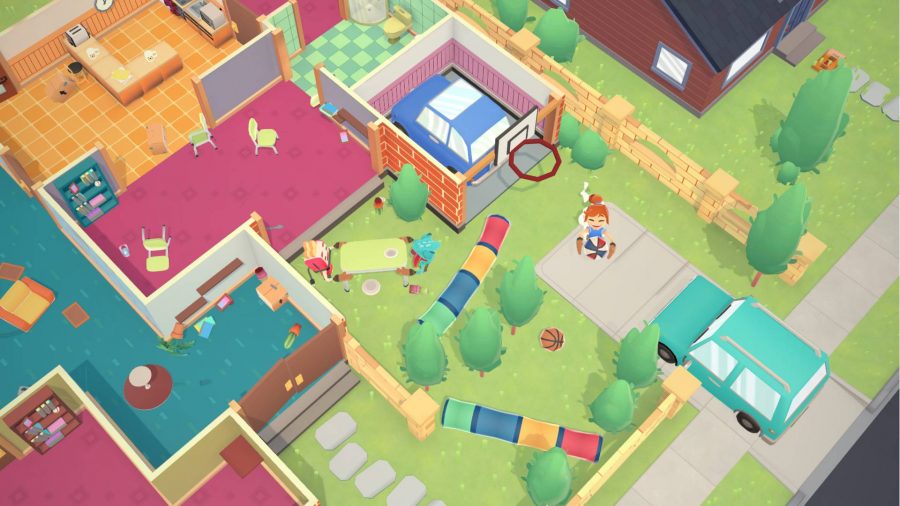 Moving house is always stressful, but SMG Studio and Devm Games’ Moving Out manages to turn this ordeal into a fun, albeit clumsy adventure, which is also incredibly stressful. Up to four players must race against the clock to fill up a moving truck with sofas, bric-a-brac, sheep, and anything else the owners tell you to lug around. To test how strong your friendships truly are, some items require multiple people to carry, so you can expect to reenact the ‘pivot’ scene from Friends a fair few times.

As if shifting furniture wasn’t arduous enough, there are additional challenges to tackle to make the job much harder. While you’d rather avoid smashing windows in real life, some of Moving Out’s bonus objectives actually encourage it. Not only does this save you valuable time when you’re trying to shift heavy items, it makes it even trickier later on when the game challenges you to not break anything. You’re more likely to break more a sweat lifting furniture in Moving Out than you will doing anything else during the holidays. 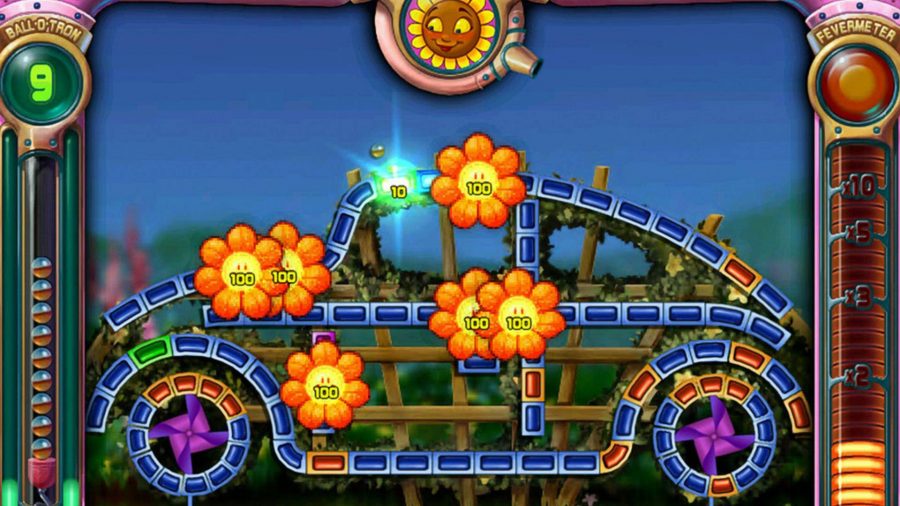 A golden oldie, but it’s a classic for a reason. Peggle is very simple to understand, mixing with a bit of randomness so everyone stands a chance of winning. Who would’ve thought that hitting coloured pegs could be so competitive?

You can dial things up a few notches by introducing your own custom rules. Sure, these rules aren’t officially in the game, but everybody knows that the Magic Hat and Zen Ball powers are completely broken, so it’s fine to mix things up a bit. Peggle is a great game to keep on in the background while you’re catching up with people during a Christmas party.