When Worms released back in 1995, there was nothing else like it. The idea of taking the cute wiggly woos from the bottom of your garden and outfitting them with more firepower than Doomguy was absurd. But of course, that’s where the appeal lay: there’s nothing like the sheer, almost Pythonesque absurdity of a sentient worm wielding an Uzi.

It also helped that Worms was at the forefront of a new kind of action game that was mixed in platforming, terrain destruction, and could be played in multiplayer with only one input.. The series has only got more absurd as time has gone on, and while it’s gone through an awful lot of iterations in the 25 years it’s been around, that core has remained intact.

There are a lot of Worms games out there though, and finding the best one to play right now can take a bit of work. You might be inclined to assume that the series has gotten better as time has gone on, but you’d be wrong. That’s where we come in. We’ve put together a list not of every Worms game, but of the ones that are worth taking a look at today, either because they’re interesting, important, or still hold up well. This way you can find the best Worms game without having to do any of the leg (haha) work. 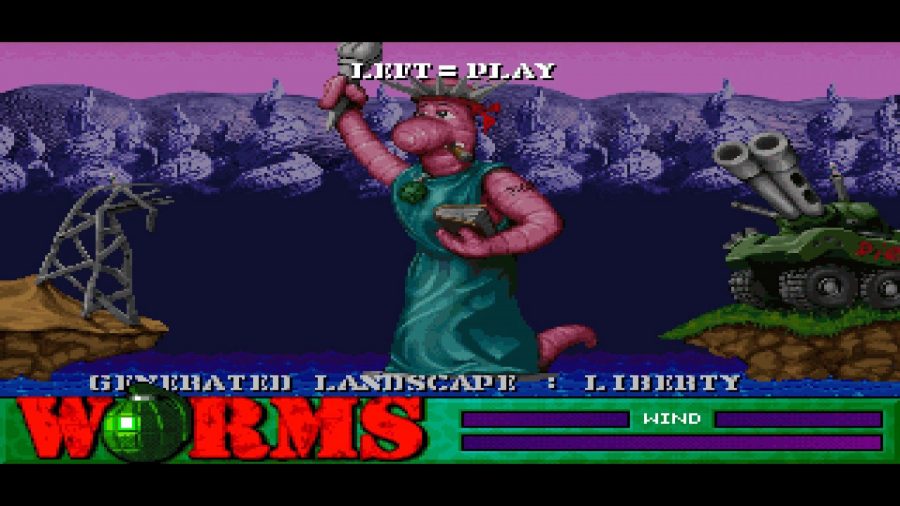 Admittedly, the original Worms does look rather dated nowadays. It lacks some of the visual flair and charm that makes blasting your friends to pieces – via invertebrate proxies, of course – so much fun. However, it’s interesting to see how little the gameplay at its core has changed over the years – and how well it still holds up.

More competition: Check out the best multiplayer games on PC

The original Worms is far more limited than the other entries on this list, but it’s worth picking up and giving it a go if you’ve got a thing for the classics or if you’re simply curious about the origins of this excellent series. Or if your tolerance for zaniness can encompass exploding sheep, but not ones that can fly – another word for ‘limited’ is ‘restrained’, after all. 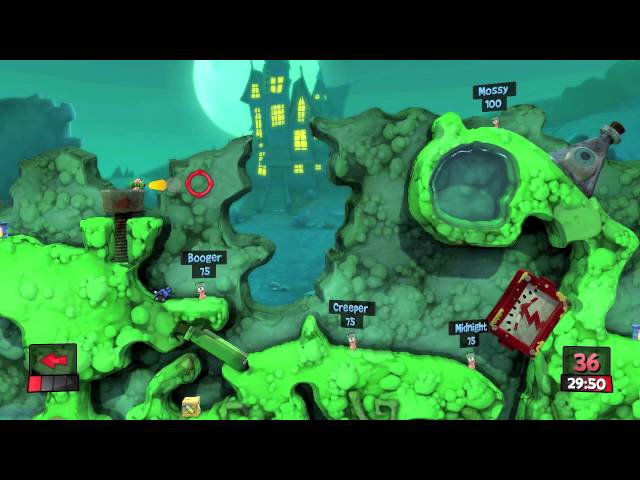 Worms Revolution is aptly named as it added a lot of new features to the series, and the main one that has stuck around since is the water physics. Unlike previous entries, Revolution had water all over the level rather than just at the bottom.

This enables new strategies when trying to finish your enemies off, and releasing a tide of trapped water to wash over a whole squad of worms is an excellent feeling. Revolution also added different classes of worm, each with their own strengths and weaknesses. It made for a slightly more dynamic way of playing the game, but not everyone enjoyed it. 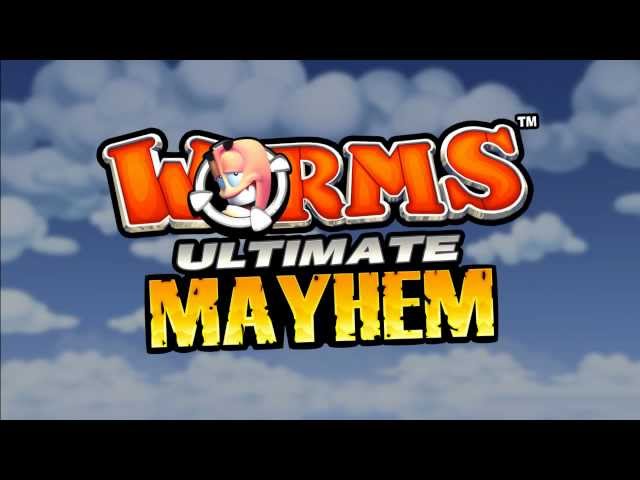 The 3D Worms games haven’t always hit the mark. Something about the series just didn’t gel with an extra dimension – even though Hogs of War blew the concept out of the park way back in 2000 – so while the 2D games are mostly looked upon favourably, the 3D ones are a much more mixed bag.

But since we can’t count Hogs of War on this list, the best official 3D Worms game is undoubtedly Worms Ultimate Mayhem. It’s technically a re-release of Worms 4: Mayhem, but it also includes the campaign from Worms 3D too, giving it an almost agonisingly large amount of content to chew through. 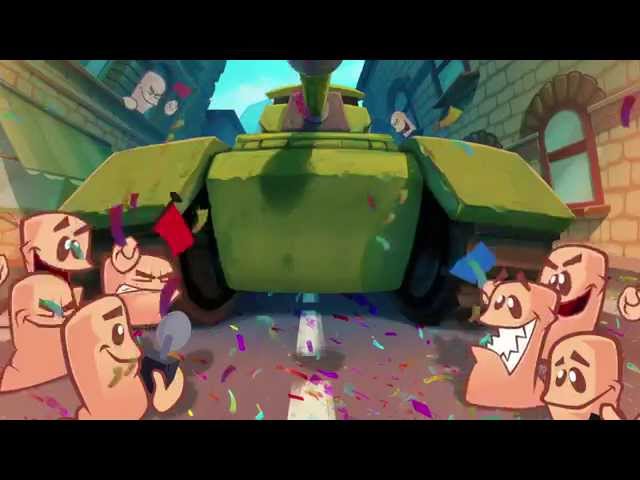 Worms WMD is currently the most recent Worms game. It’s also one of the strangest. It aimed to bring Worms back to its golden era, stripping out things like water physics and classes in order to do so. However, it also added the ability to craft weapons in matches by finding special crates and vehicles such as helicopters, tanks, and even mech suits that your plucky team of invertebrates could pilot to punish the opposing side. It also saw the return of buildings your worms could enter to get some cover.

Like Revolution before it, Worms WMD split series fans is a lot of fun, though the addition of so many new features and the loss of the water physics does make you wonder about how true to classic Worms gameplay it really is. 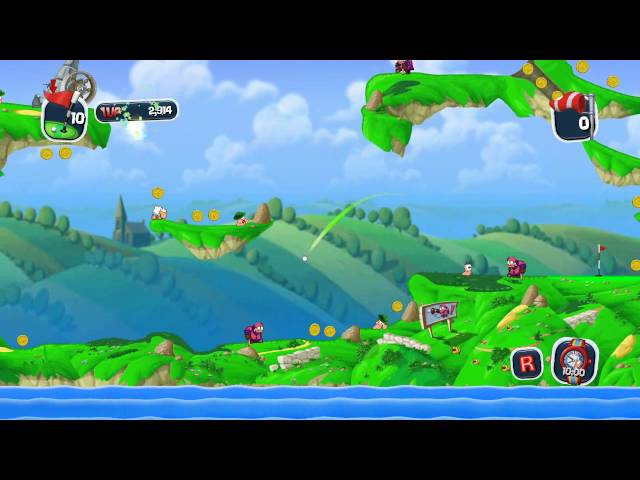 It turns out that not every Worms game has to be about settling old scores using bazookas and concrete donkeys. Instead, Worms Crazy Golf offers you the chance to, well, play golf using worms. This isn’t just putting a golf ball past a windmill though; you’ll end up having to navigate through courses infested by bats and old ladies, collecting coins, and maybe even taking out the odd bystander to try and get a better score. It’s a decidedly different Worms game, but it’s still a lot of fun, and worth a look if you’d rather everyone stop trying to blow each other up. 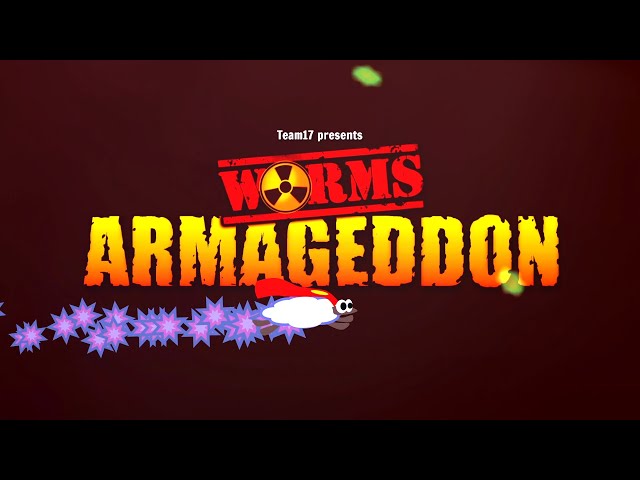 Despite being 21 years old, Worms Armageddon is still regarded by many as the best Worms game ever made. It features everything that people love about the series – its absurd weaponry, destructible scenery, and addictive gameplay – without any of the experiments made in Revolution, WMD, or 3D. That’s not to say that change is bad, not at all, but that Armageddon is proof that it’s really, really hard to improve upon a simple formula that just got so many things right.

Looking for more classics? Check out the best old games on PC

Worms Armageddon is still the purest Worms experience, and that’s what makes it so wonderfully replayable even two decades later. Plus, it’s just been updated with even more content and features. You know a game is good when it’s still being supported 21 years after its launch, and Worms Armageddon deserves all the attention it gets.