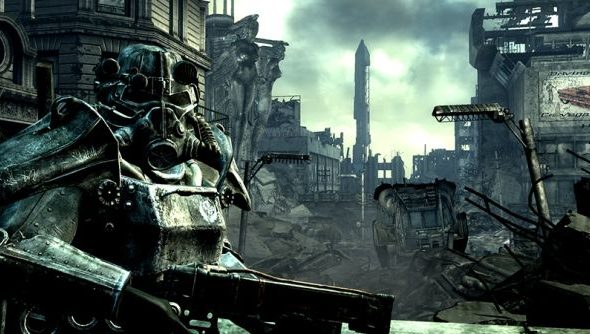 Bethesda, the minds behind Fallout 3 and The Elder Scrolls V: Skyrim, have unveiled their plans to hold their own conference at this year’s E3. With only the next Doom game, and free-to-play shooter BattleCry on the table of confirmed future releases, the potential for a new announcement at the show is very, very likely.

Fallout 4? The Elder Scrolls VI? Dishonored 2? Another Wolfenstein game? Maybe even an entirely new IP? There’s certainly no shortage when it comes to candidates.

Following suit with the likes of Ubisoft and EA, the publisher and game studio will hold their own show as part of this year’s E3. “We’re hosting our first-ever E3 Showcase in Hollywood, CA on June 14th,” read the Bethesda blog post. “And we’ve saved some seats just for you, our fans.”

With Bethesda being extremely tight-lipped about anything other than Doom and BattleCry, the speculation on what else they could be hiding is ramping up. Rumours and hoaxes have dominated any mention of a Fallout 4, but it’s certainly a game we’re desperate to see. You can certainly count on another entry into The Elder Scrolls franchise, but predicting exactly when requires your Conjuration skill to be at least 9000.