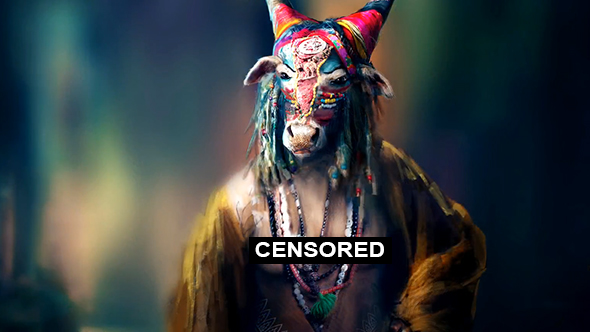 Update, May 2: You can expect some number of new details on Beyond Good & Evil 2 tomorrow, May 3.

We don’t know a whole lot about Beyond Good & Evil 2, other than the fact that it’s massive in scale and still seemingly quite early in development. Michel Ancel and his team have emphasized open development on this one, and one of the core elements there is a series of dev streams affectionately named Space Monkey Reports.

Here’s everything we know about Beyond Good & Evil 2.

That first stream was light on gameplay detail, but heavy on concept art and tech showcases including, of course, fully exposed cow lady nipples. There was also a lot of animal-human hybrid character generation. Since we’re now six months further along and much closer to E3 we might expect Ubisoft to show something a bit more concrete, but they could just as easily save the big stuff for the show itself.

Update, December 7:Beyond Good & Evil 2’s first developer live stream has come and gone, revealing that the game will be playable online or off. Also, there is a surprising amount of nudity.

The first developer stream for Beyond Good & Evil 2 is in the books, offering a (tiny) bit more clarity on what shape the game will take and what direction the developers plan to take this prequel. Also, it features a surprising amount of animal lady nudity.

Beyond Good & Evil 2 will be fully playable both online and offline. Director Michel Ancel says they don’t want to “force” players to play online, instead they want to “invite” them into co-op situations. A big part of the game’s story is the emergent narrative that comes out from exploring the larger parts of the world and universe, and the example is given of four players joining forces to form their own fleet of ships with different roles. You’ll also be able to design your own ships. 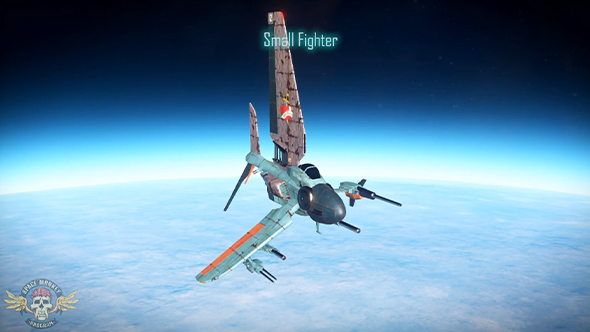 While bigger, procedural exploration is a major part of the game, it will still feature plenty of hand-crafted locations with unique characters to encounter and specific storylines to engage with. It seems much of that hand-built content will be centered on the city which factored into the game’s announcement cinematic. There will be “stories” with beginnings, middles, and ends, but it’s unclear how much (or even if) that factors into an overarching plot.

But the game’s themes are still central, and Ancel says “the experience, what you get at the end, is very important.” BG&E2 will still focus on hybrids and their varied roles in society, including as servants and hunting targets. They showed off a bit of how characters are generated with the theme of “we all come from the same shape,” shifting between human, animal, male, female, or whatever race. 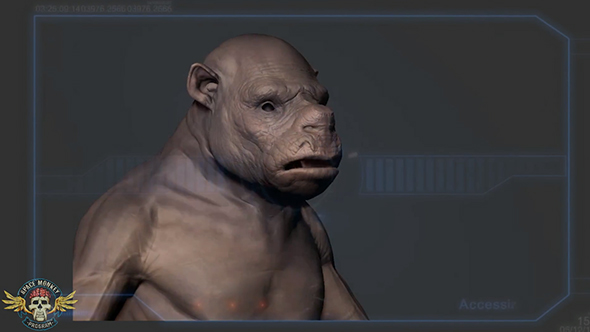 While this form of generation has its own creepy charms in creating generic NPCs (along with plenty of softcore nudity), there will be “legendary” characters to meet and recruit. Getting these unique characters to join your crew and become part of your story will be a core part of the game.

Things are still very early for Beyond Good & Evil 2, however, and they’re still gathering ideas from participants in their Space Monkey program as they concept and build new systems and characters based on that feedback. The team has tripled in size since E3, and they’re still building plenty of new concepts, like the character below inspired by an Egyptian cow goddess.

If you want the uncensored version of that image (for whatever reason), you can check out the full live stream above. Ubisoft also provided a more condensed look at the game and its space pirate setting with the developer update below.

Original Story, December 6: The developers of Beyond Good & Evil 2 will be showing off their progress with their first “Space Monkey Report” tomorrow. The livestream is set to begin at 9:00 PST / 12:00 EST / 18:00 CET, onYouTube,Twitch, andFacebook.

Ubisoft first provided a look at Beyond Good & Evil 2 with an in-engine demonstration hosted by director Michel Ancel back at E3. The game was incredibly early in development, and that first video just showed a handful of vehicles and movement options that will be in the final game. It’ll be good to see how things have progressed over the last six months.

Beyond Good & Evil 2 has been teased at various times in the past, but the game shown off at E3 this year is a fundamentally different beast to the original. Compared to the mostly linear, Zelda-like adventure of the first game, the sequel is an astoundingly ambitious attempt to blend procedural generation on a planetary scale with more tightly designed story elements.

The Space Monkey Program announced alongside the game will allow players to participate to some degree in the game’s development. I’d expect more details on the exact shape of that program to appear as part of this stream.