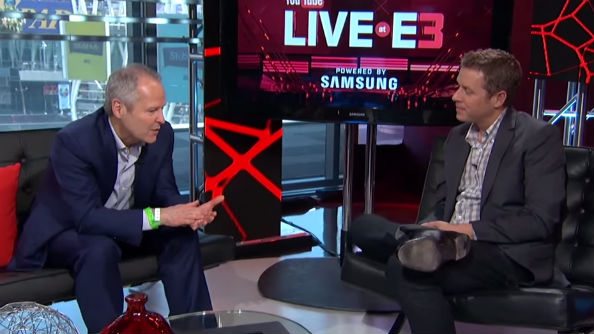 Cast your mind back to 2008 when Beyond Good and Evil 2 was first announced and you’ll forgive the naysayers for giving up on ever seeing a sequel to the 2003 action-adventure game. Well, naysayers, Yves Guillemot himself has firmly stated the game is still in production during an interview with Geoff Keighley on YouTube’s Live at E3 stream… so take that.

Check out the interview below – Beyond Good and Evil 2 enters at around the 4 minute mark.

Guillemot’s response might be a little guarded, but “still on the way” is as good as we ever expected to hear. Guillemot also mentions the game is actively being worked on by Michel Ancel, but that production is slow because Ancel is working on two games at the same time, “It’s coming along, but he has to spend more time on it so we can see it faster.”

The confirmation is hardly a world gameplay premiere, but it’s always good to hear a game so many people are excited about is still in some form of existence. With The Last Guardian finally set to reach gamers this October 25th after a similarly massive wait, so there’s always hope.