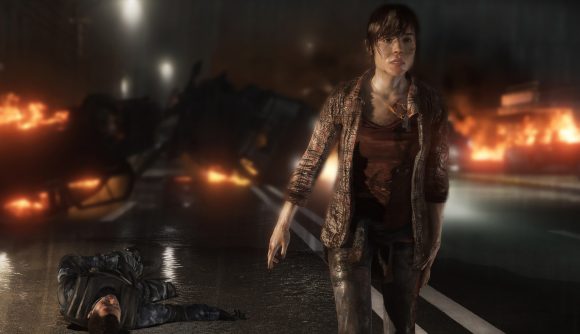 It’s been nearly a year since Quantic Dream’s formerly PlayStation-exclusive cinematic adventure games appeared on the Epic Games Store, and you know what that means: it’s time for those games to come out on Steam. Curiously, Beyond: Two Souls is the first of the three games to get a store page on Valve’s platform, and while there’s no release date yet, there’s already a free demo you can play right now.

If the usual year of Epic exclusivity holds out, Beyond: Two Souls should hit Steam in full around July 19 – but that estimate would also put the demo’s launch around June 27, and it’s already here. Each of the Quantic Dream games – Heavy Rain, Beyond: Two Souls, and Detroit: Become Human – were released in order with a demo coming a few weeks early, but so far there’s been no indication of Steam releases for the other two games.

Beyond: Two Souls originally launched for PS3 back in 2013, and features Ellen Page as a girl on the run, with a mysterious, unpredictable ghost on her side. Willem Dafoe rounds out the other half of the celebrity cast as the doctor trying to keep our hero and her powers under control.

The Beyond: Two Souls demo is the same one made available on Epic. It features two chapters – The Experiment and Hunted – that’ll take you about an hour to play through.

Quantic Dream is about to stream some sort of announcement, so expect further details soon.