Name any game, and you can probably find a piece of it in Biomutant. There's Devil May Cry in the combo-driven combat; modern Fallout in the semi-apocalyptic exploration; Breath of the Wild in the elemental resistances that let you access new areas; Borderlands in the seemingly infinite number of weapon configurations; Fable 2 in the form of a companion that sniffs out loot for you; and even a little Max Payne-style bullet time. While that many flavours could turn this into a disastrous dish, a recent hands-off look at Biomutant suggests that the game is still managing to carve out an identity that's all its own.

Biomutant puts you in the shoes of an anthropomorphic mouse – or cat, or hamster… it's unclear. You choose your hero's appearance by pushing toward one or more of the six core stats. A high-strength character will be big and burly (by rodent standards), for example. You also choose a class at the start of the game, which represents more of a loadout than a traditional RPG class with set abilities. Character progression is extremely open ended, though you will need to specialise if you want to make use of the more exotic magic attacks, or mete out the most melee damage.

There are eight square kilometres of open world to explore, and you’re free to do most of that exploration as soon as you get through the starting area. Your progress is often halted by environmental effects like heat and cold. Enter a frozen environment without full resistance, for example, and you’ll start taking damage after a timer runs out. So you can dip your toe into a new area, but you will need the right gear to properly explore it. Or, in some cases, an appropriate vehicle that can glide over gooey waters or provide you with oxygen in the game’s dead zones.

“A few parts are gated depending on how far you’ve progressed through the story,” art and creative director Stefan Ljungqvist tells us. “You can’t play the end of the game before you’ve played the middle of the game. And some areas are literally gated, which means you might run into a door or a wall you can’t get past without a specific tool or some other help you’ll have to find first.” 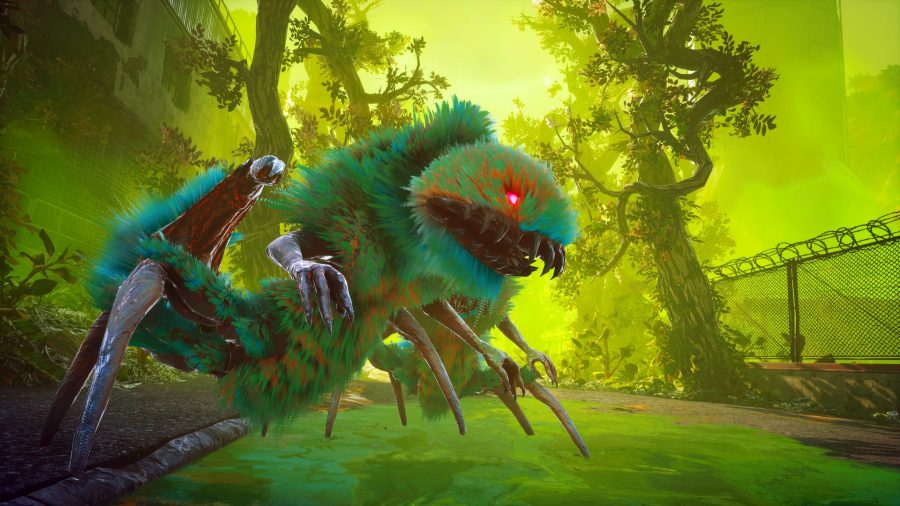 There’s plenty of loot to unearth and equip, but the best way to improve your gear is to make it yourself. Biomutant’s crafting system lets you mash whatever rusty components you have together to create some truly bizarre guns. With a ranged weapon, you can choose a base type of shot, then beef it up by choosing a grip, stock, attachment, muzzle, magazine, and more. Want an armour-piercing shotgun with a drum barrel and an X-ray scope? No problem. Developers Experiment 101 estimate that there are over 200 million potential combinations of ranged weapons alone, and there are similar crafting options for melee weapons and armour, too.

the story is just a means to contextualise your progress

While Biomutant is a stats-driven RPG game, you could be forgiven for thinking its combat looks looks like something out of Devil May Cry. You can launch into a wild flurry of melee and ranged attacks, send enemies soaring through the air, and deliver high-flying combos that are accompanied by giant, comic book-style text displays in the spirit of Adam West’s Batman. You can also make use of bullet time to lay down plenty of ranged fire while dodging. Depending on how you’ve specced your rodent, you can even introduce a little magic to the field, with attacks ranging from basic AoE bombardments all the way to spells that ignite your trail whenever you dodge, allowing you to control the battlefield by creating big walls of fire.

Pre-order: You can grab Biomutant here

You’ll meet plenty of characters throughout the game, but you won’t be able to understand them as they speak in an alien language. Instead they’re mostly represented by a single voice – a pleasant narrator who describes everything from a detached, omniscient perspective. So if someone needs something fetched, you’ll hear the narrator say “he explains how he lost his beloved teddy bear in the woods” or something similar. The narrator also chimes in every now and again as you’re playing, Bastion-style, though based on our brief look this isn’t frequent enough to get annoying. 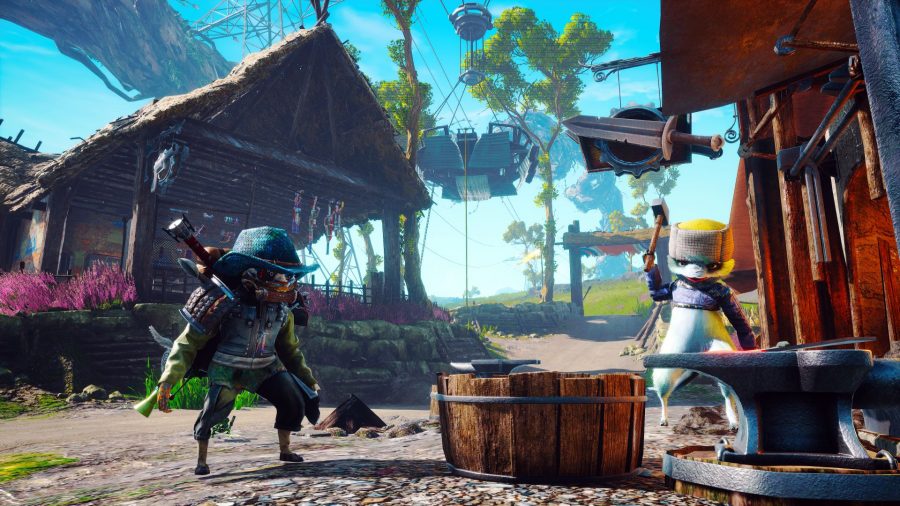 While you don’t hear your character speak, you can choose your responses, which will direct your path through the game’s Aura system. It’s not quite a good vs evil karma system – the devs describe it as more of a yin and yang approach – but each choice determines what sort of Aura you have, which in turn affects how other characters see you and what abilities you have access to.

You’re not locked into either darkness or light once you start going down one path, Ljungqvist explains. Rather, “you gather points in the dark and light Aura and unlock certain skills once you’ve reached the amount of dark or light required. Even when you’ve gathered some light Points, you can still make dark decisions and make your Aura totally dark.”

It doesn’t seem like this Aura system will have much bearing over Biomutant’s main story, though. Your ultimate quest is to defeat four worldeater bosses and, basically, save the world. It sounds pretty plain, but that’s not necessarily a bad thing. There looks to be so much richness in exploration and character customisation that the story is just a means to contextualise your progress. 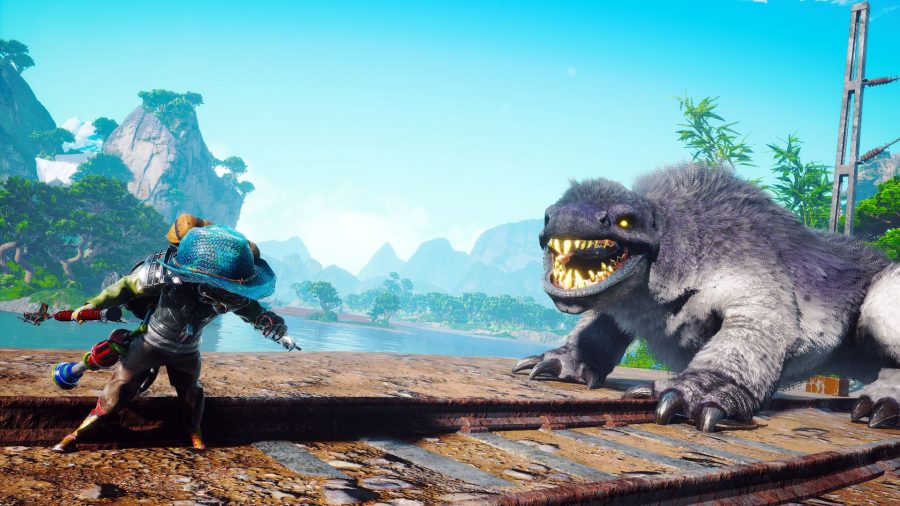 Biomutant has been in development for the better part of a decade, and it’s missed a fair few release windows, too. So why is now the time for Biomutant? “Because we’re done,” Ljungqvist says. “We took – and we were given – the time we needed to create the game we wanted to create. And now we think we’ve given our very best and have finished it.”

Biomutant appears to be biting off a lot, yet incredibly, it seems like those multitudinous systems are going to mesh together. It remains to be seen how well the game will play when we’re at the helm, but I’m excited to forge my own path through this gorgeous, colourful world.

You can pre-order Biomutant here if it sounds like your cup of the proverbial. The Biomutant release date is set for May 25, 2021.