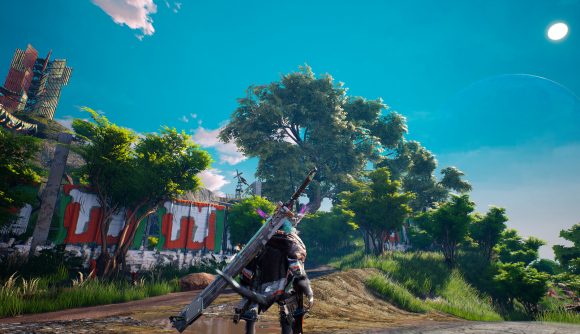 After two years of silence, Biomutant has reared its furry head to remind us it is, in fact, still alive. Developer Evolution 101 released a 10 minute video showing where the studio’s at with the RPG game, giving us a look at the expansive world we’ll be exploring when it eventually comes out.

The footage starts with some establishing shots, before cutting to a montage of various other anthropomorphic creatures flexing their kung fu abilities. Then it kicks into the gameplay, showing our rodent warrior exploring all manner of environments, from wide grassy plains, to rocky mountains, and barren desert. There’s more than a hint of Monster Hunter to some of the enemies – massive wild beasts that roam the land and don’t take kindly to being disturbed.

Biomutant was announced back in 2017, and the mix of massive open world, character customization, and martial arts drew a healthy amount of interest. The last time we saw it was a cinematic trailer in 2018, with publisher THQ Nordic sitting out E3 that year to watch the World Cup, so it’s reassuring to not only hear it’s still being made, but to get a decent look at how it’ll actually play, too.

Speaking to IGN on the long gap between updates, creative director and studio founder Stefan Ljungqvist said it was really just a matter of a small team taking the time necessary to work out all the small details. “We’re taking our time and I’m really happy that we are getting this time,” He said. “Hopefully everyone will be patient with us and the end result will be proven to be worth the wait.”

Biomutant has a release date of 2020 on Steam, but it’s probably safe to assume that’s just a placeholder. The Steam summer sale is currently happening, if you’re looking for some new games – we have lists of the best story games, best open-world games, and best anime games full of worthwhile recommendations.