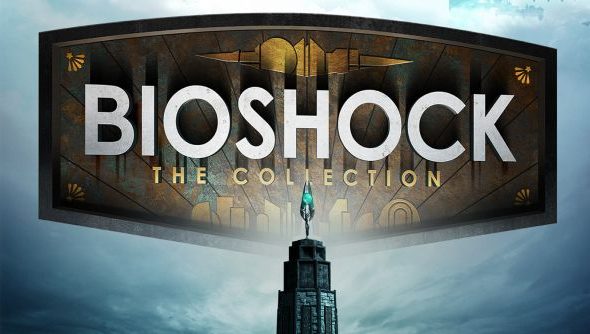 Update Jun 30, 2016: Bioshock: The Collection has been officially announced by 2K, under development for PC and current-gen consoles at Blind Squirrel Games.

In perhaps unsurprising news, the full BioShock trilogy is getting a modern-day remaster. BioShock, BioShock 2 and BioShock Infinite plus all their respective DLCs and some making-of extras will be packaged as one to be released on September 13.

In the meantime, check out our list of the best PC games.

Here’s the trailer, which makes the original games look as good as you remember:

It’ll be $59.99 for the whole lot. For those that maybe missed it the first time, BioShock is ace, its sequel is underrated and the final chapter is an utter beaut to look at and a joy to play. One of the best trilogies of all time.

Exactly how good the remastering will be isn’t clear, beyond the footage you see above. They promise reskins and textures of everything in the first couple of games, but it’s clearly not a full-on FF7-style remake or anything of that sort. Once we’ve got our hands on it we’ll give you a full port review to let you know how it goes.

Original story Jun 29, 2016:Yep, BioShock: The Collection is still a thing. Though it hasn’t been officially announced, there’s been another slip and the game collection has bobbed on the water’s surface once more. There are more leaks here than in an underwater dystopia.

The last leak we had was from a Taiwanese ratings site, but this one is from 2K themselves. The box art was briefly hosted on their site, but they’ve since taken it down.

It’s clear an announcement is coming, however, as a new Twitter account has just popped up for BioShock. 2K seem to be just pretending we don’t already know and they’re going ahead with the teasers.

No Gods or Kings, only tweets. Welcome to Twitter, @bioshock! https://t.co/0WNBAi1sgv

An announcement seems imminent, but we did say that three months ago.

We don’t know the details, but it seems very likely that this is a collection of the three BioShock games, judging by the art and that oh-so-on-the-nose name.

What isn’t clear is whether it will have significant graphical improvements to make it worth a double dip on PC. We’ll let you know once we know more.