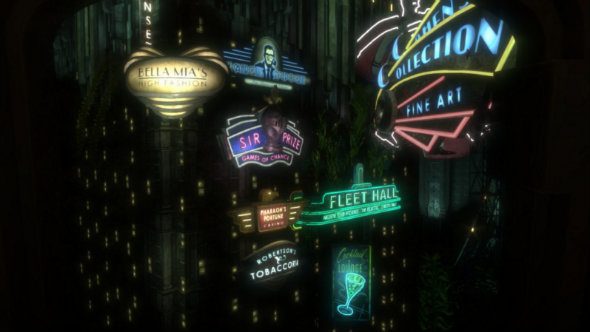 The death of the BioShock movie was announced years ago now, but its director, Pirates of the Caribbean director Gore Verbinski, has reignited hope like a fiery plasmid fired directly at your face.

Apparently the project was cancelled because of two things. One of those things was the budget. It ain’t cheap to build an underwater dystopia, after all. It’s not like you can just nip somewhere in the real world and pretend it’s underwater. The movie requires expensive sets to be convincing.

It wasn’t just the budget that was the problem, though. At the time, R-rated movies were a risky proposition and Verbinski says his vision for the movie was very adult. Universal didn’t feel like the risk would pay off, and Verbinski didn’t want to compromise with a PG-13 version.

“The R rating is inherent,” Verbinski told Coming Soon at the time. “Little Sisters and injections and the whole thing. I just wanted to really, really make it a movie where, four days later, you’re still shivering and going, ‘Jesus Christ!’”

The news that things might have changed come from the director’s recent Reddit AMA, in which he explained that the industry might have shifted these past few years. You only have to look at the box office success of Deadpool for proof.

“At that time there were some R rated, expensive R rated movies that were not working,” explains Verbinski on the AMA.

“So I think things have changed and maybe there will be another chance, but it’s very difficult when you’re eight weeks away from shooting a movie you really can see in your head and you’ve almost filmed the entire thing, so emotionally you’re right at that transition from architect to becoming a contractor and that will be a difficult place to get back to.”

It sounded like it might have actually been good, too. Here’s some concept art from the project.