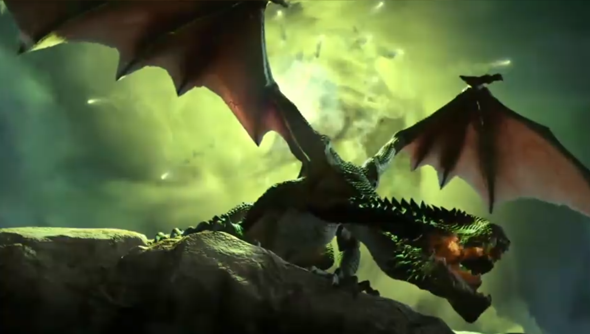 With Dragon Age: Inquisition brewing in the BioWare cauldron, you might think that the legendary RPG studio might be glaring over at The Witcher 3 and wish that it would just go away. Not so, it turns out. Talking at PAX Australia, BioWare have explained that they don’t see CD Projekt Red’s game as competition at all.

As reported by GameSpot, when asked how the company viewed The Witcher series, BioWare writer Patrick Weekes said: “I think ‘compete’ is the wrong word. I think there’s a story that people want to tell, where the video game companies hate each other and ‘our game is going to crush theirs.’ And that’s really not true,” said Weekes. “I came to BioWare because I love games. And I hope that the next Witcher game is fantastic and I hope that ours is fantastic, and I hope that people buy both and play both.”

“Every time another great game comes out, and raises the bar, that’s not threatening; it’s only threatening if we don’t think we can ever do anything better. So we look at something and go, ‘That’s a fantastic game. How am I going to incorporate that awesome thing and do it in a BioWare fashion?'”

Weekes went on to add that each new BioWare game aims to build on what was achieved with the previous title, and that the development team hope to make past game look “antiquated and quaint” in comparison.

“So, no, I think our biggest competition, and the only thing we absolutely want to crush, is what we’ve done in our past games,” explained Weekes. “That’s one of the reasons I’m so proud to be on the Dragon Age team. It’s one of the reasons I was proud to be on the Mass Effect team. Every new project we said, ‘Let’s look at the best things we did on our previous game and let’s see how we beat that. Let’s see how we make that look antiquated and quaint as we go into our next game.'”