If you’re looking for a good barometer of the mood going around the Black Desert Online community right now, look no further than a Change.org petition, in which a player challenges the CEOs of Pearl Abyss and Kakao Games to a fist fight “behind the bleachers after school.”

Right upfront, no, it’s not a serious petition (despite the stock photo of a stern-looking young lad in a karate outfit). Rather, it’s part of a wave of memes and jokes that have been posted to the game’s subreddit following changes to the way gear progression works in the game, which players are saying is now unabashedly pay-to-win.

Like many non-subscription MMOs, Black Desert Online uses a confusing mix of currencies, some of which you earn in game, and some you purchase with real-world cash. Progress in the game is tied to leveling up your gear, but upgrading gear comes with a chance of failure, which results in the gear going down a level instead of up.

However, every time you fail to enhance a piece of gear, your chance of success the next time goes up. Players use this “fail stacking” system to to build up their chances for their best pieces of equipment.

So here’s where the pay-to-win criticisms, and challenges to fist fights after school, come into play. Thanks to a recent game update, another way to increase your “fail stack” is with an item called Valks’ Cry, which you can buy in the premium currency shop or ‘extract’ from cosmetic items purchased from the premium shop. Players are buying lots of costumes and melting them down to get Valks’ Cry, or turning the costumes around and selling them at an inflated price – costume sets that had been about 30 million silver are now going for 100 million, according to this ResetEra thread.

It’s all pretty mercenary, and players are expressing their frustration the best way they know how – by creating videogame memes. Here’s one that I quite enjoyed. 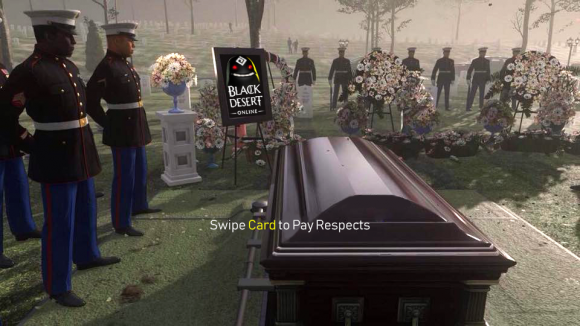