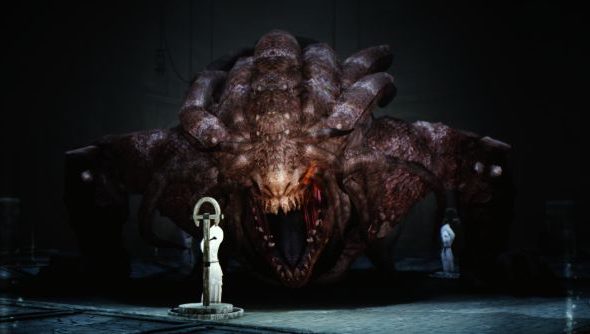 Black Desert Online released to the eager crowd of MMO-purchasers yesterday, giving all who wanted it access to the game with its buy-once model. Developers Daum have released a launch trailer to celebrate and, unlike BDO’s previous efforts to entice us all, it’s actually rad as hell.

Not your bag? Have a look through our list of the best MMOs to play right now.

Before now, Black Desert Online had seemed a little focused on its middling voice acting and forgettable plot. This is more action-oriented and far better for it:

Of course, it’s an MMO trailer so exactly how much of this you will be doing – and after how many days of in-game time – is up for debate, but it’s still cool. I want to actually investigate these things now, rather than being bored by them, and it looks beautiful to boot. Also: massive dragon. Always a bonus.

If you want to know more about the game, Fraser took a look at it during one of the Black Desert Online beta phases. He avoided the combat, instead exploring its massive money-making crafting systems, and found it quite enthrailling.

Meanwhile the launch seems to have gone quite well, especially for an MMO, with the main worry of the community being the cash-shop and avoiding it becoming a pay-to-play game with pay-to-win elements. For the unaware, getting into Black Desert Online is a matter of a normal-priced box, no subscription. However, like most other games of similar scale using this system, it also has a cosmetic cash shop for character outfits and the like. The worry is that this will eventually evolve to letting you buy in-game currency or other tangible advantages.

Want to play? Grab it here.