This is as unusual as it is cool – the brilliant and hilarious character creator from upcoming Korean MMO Black Desert Online is now available to download as a free standalone game. It serves to bridge the gap between now and the game’s second (and final) beta. Even if messing about with character customisation isn’t something that floats your boat, believe me: this is worth a bash.

Like multiplayers? Which of our best MMORPGs on PC are your favourites?

In fact, you needn’t believe me – just ask Fraser who took the character creator to task with some zany makeups last year, such as this beaut here (as Fraser will tell you, that’s his default pose): 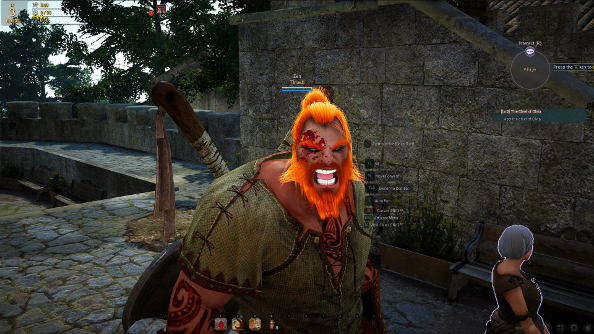 Any one of the many monstrosities you’re bound to build can be swapped into the final game, as well as the upcoming beta. The latter is due to start on February 18 and while it’s unusual for a character customiser to fill the space between, say, trailers or story teasers or what have you, this one is great fun and well worth a shot even if you’ve no intention of playing the final game.

If you pre-order the main game’s Explorer’s or Conqueror’s packages, you’ll get automatic access to the beta, but if you decide not to you’ll still have the option to pursue it come February. Either way, you can download the character creator for free now. Here’s a look at some really rather tame shots at it: