If you’re considering getting serious about streaming, at some point you’ll have to think about investing in a capture card. These devices can either be installed in your PC or sit on your desk, and they allow you to take the signal from one gaming system – like a console or gaming PC – and send it to another PC for recording or broadcast. There are a few on sale in the best Cyber Monday deals this weekend.

The best deal this weekend is in the UK only, and it’s on the Elgato 4K60 Pro Mk.2, an internal PCIe capture card that boasts zero-lag passthrough and allows you to record or stream in 4K and HDR at up to 240Hz. This means you can dedicate a PC just to the work of streaming to Twitch, YouTube, or your platform of choice, while leaving your gaming PC or console free to power your game. The 4K60 Pro is marked down 37% to £144.99, which is a whopping £85 off its normal price of £229.99.

Internal Elgato units aren’t generally seeing a discount in the US during this sale, but you can get the external Elgato HD60S for 21% off. That puts it at $141.55 for Amazon Prime subscribers, which is a savings of $38.44 off the normal list price of $179.99. 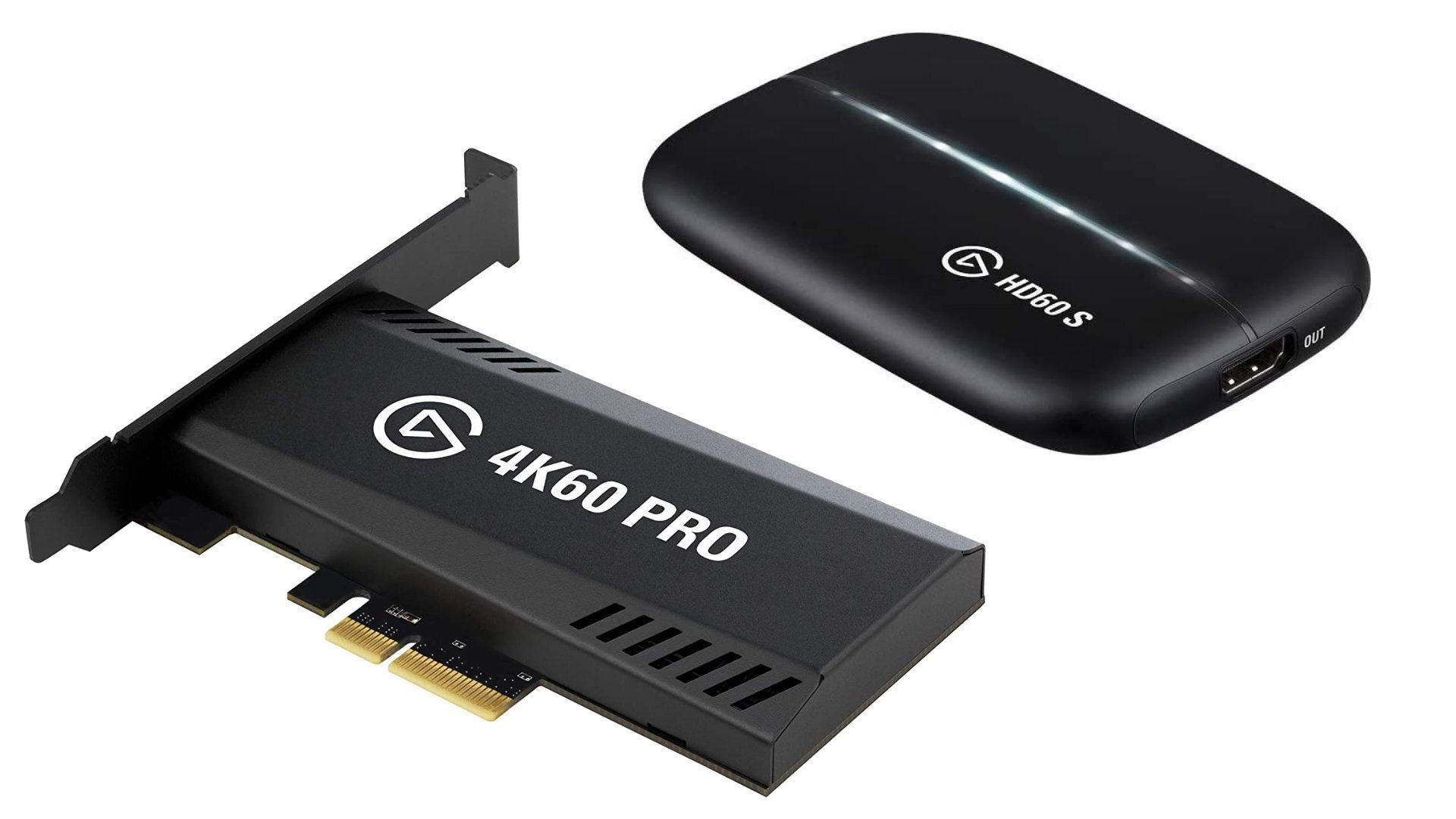 We’ve found a few more capture card options if you’d like to shop around, too – you don’t have to limit yourself to Elgato’s offerings, although it’s the most recognisable brand in the capture card game when it comes to streaming.

Be sure to check out the best Cyber Monday gaming monitor deals too, since you’ll want to pair your capture card with a screen that’s going to show off every detail of the games you’re streaming. Our friends at The Loadout have also put together a guide to the best Cyber Monday deals on USB gaming mics, which will make sure you sound your best while you’re live.