One of the most overlooked ingredients in a top quality setup is a good gaming headset capable of relaying all the crucial audio information you need to read your opponent like a book – or an audiobook, in this case. If you play competitive shooters like Rainbow Six Siege or Call of Duty: Black Ops – Cold War, then you’ll know just how vital great audio is for winning fights, as poor sound quality can make it tricky to distinguish sounds like enemy movement or figure out exactly where a shot was fired from.

There are plenty of features to bear in mind for the prospective headset purchaser, from wireless options, closed or open-back designs, on-ear controls, comfort, and microphone quality. What’s that Ron Weasly? You’ll have the lot? Great! In that case, here are the best Cyber Monday gaming headset deals around.

New Cyber Monday headset deals are being added all the time, so be sure to check back in for the latest and greatest gaming headsets at a discount. Given that gaming hardware is no stranger to stock issues this year, it might be an idea to subscribe to Amazon Prime, though, as it’ll help you skip the queues with access to new deals 30 minutes early. 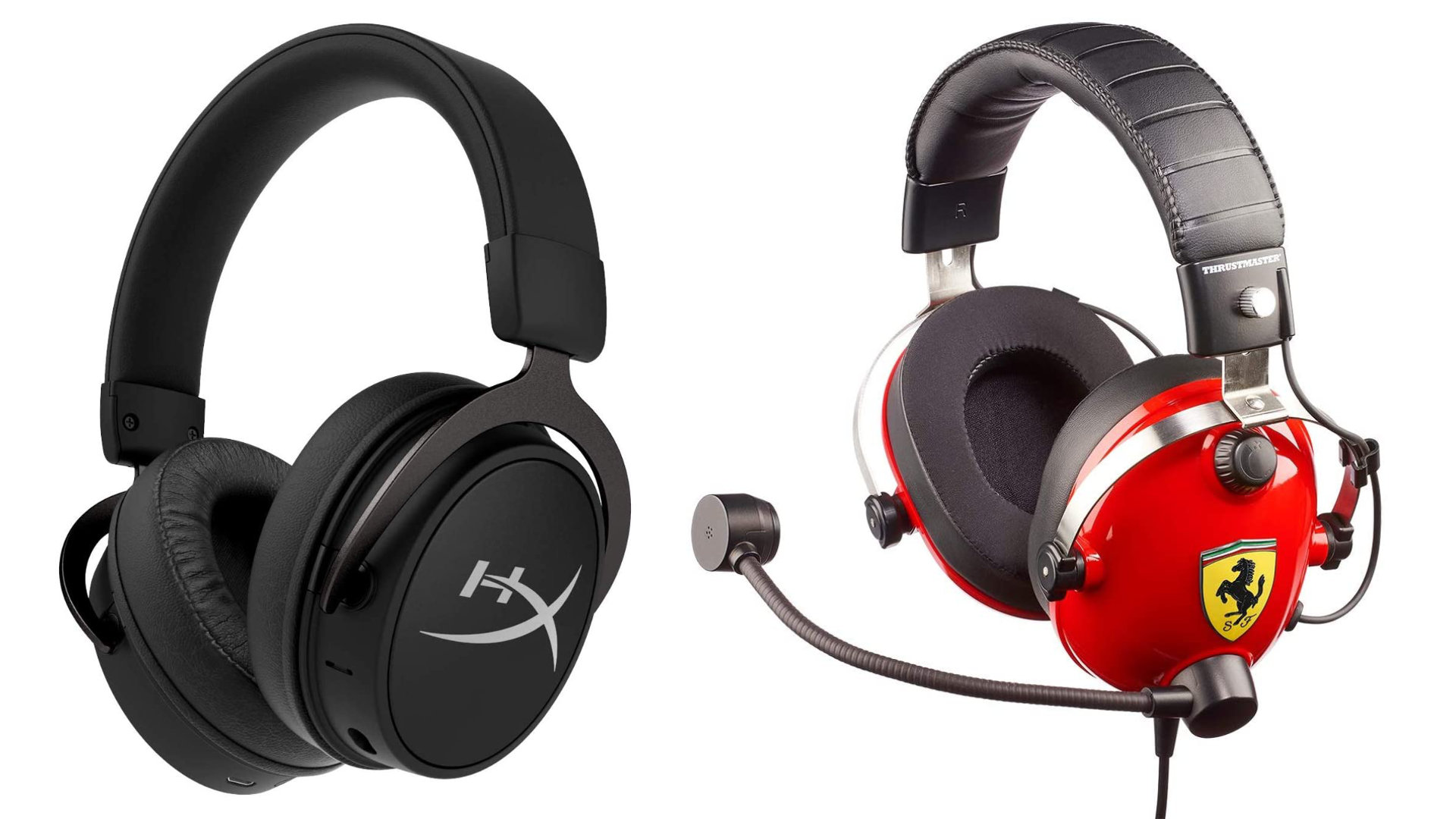 HyperX is known for producing some of the best gaming headsets around, and its wireless Cloud Mix cans live up to the legacy quite nicely. As a spin-off from the original Cloud series that once reigned supreme on our list, these pack all the usual suspects we’d expect from a premium brand, from a comfortable headband, to a durable aluminium frame, and impressive sounding dual-chamber drivers. Thankfully, Cyber Monday has also taken 35% ($70) off, costing you just $129.99 on Amazon US.

Across the pond, ThrustMaster has something different in mind, discounting its T.Racing Scuderia Ferrari Edition gaming headset by nearly half. If you’re a fan of the Italian prancing horse and its Formula One division, then now’s the perfect time to show your support with £40 off the headset’s current £49.99 price tag.