It’s almost Black Friday week, and the PC hardware deals are already coming in thick and fast. Don’t worry, though, we’re here to guide you through the morass of loudly bellowed information and shepherd you safely away from the proverbial throngs of consumers clattering each other over the head with plasma TVs. Consider this your new base of operations for seeking out the best hardware deals of the week, whether you’re looking to buy an entirely new system, or just something shiny and powerful to put inside your existing rig.

Just when you thought the rampant consumerism had subsided, Cyber Monday appears. That’s right, the robots have gained sentience and risen up as one mind to enslave humanity for the rest of time – and to mark the occasion, here’s some cheap PC hardware deals from our usual suspects:

Amazon are at it again with their bargainous flash sales – you can get a Samsung 840 Evo 500GB SSD for $129.99 if you’re really, really quick. Sennheiser gaming headsets are also massively discounted, and also going very fast.

Over at Scan.co.uk the deals are as they were on Black Friday, now with diminished stock. Still worth a look, particularly for their discounted monitors.

Monitors are also the order of the day over at Overclockers UK, whose Cyber Monday deals extend until Tuesday, or while stocks last. Their big discounts are now sold out, but it’s still worth a look as there are some legit bargains on components across the board.

Happy Black Friday, bargain hunters! After a drip-feed of deals throughout the week, retailers both sides of the Atlantic have now gone weapons-free. Here are our picks today:

Scan are selling an EVGA GeForce GTX 950 SC graphics card for £99.98, which is a good price for a 2gb card. Best for people who don’t already have a better card. They’re usually £30-£40 more expensive, so it’s a decent saving.

So you want to be that person with a Titan Z, huh? Fine, we’re not judging. Amazon’s currently selling an EVGA model with a 50% discount, which means it’s down to $1485.99 – pocket change, basically.

Currys PC World have the Razer Deathadder Chroma for £47.99, down from £64.99. Good mouse, cheap price. Enough said. They’re also offering £20 off the well-equipped if slightly ungainly Roccat Tyon mouse – it’s currently £49.99.Last but not least from the same outlet, the Razer Blackwidow Chroma mechanical keyboard is going for a song at £109.99, £40 off the RRP.

A deal has just popped up on Amazon on Crucials’ BallistixTactical 8GB RAM – it’s going for 57% less than retail, yours for $45.99.

Bargains ahoy! There’s been a lot of activity in the last 24 hours. Here are the highlights:

The Intel Core i7 6700K is selling for £341.99 at Overclockers, UK readers. It’s a modest 2% discount on the top-end Skylake overclocking chip, but Intel CPUs are generally unwavering in their value so this is probably the cheapest you’ll get it for years.

Amazon US are offering up to 60% off a wide range of Logitech keyboards, mice, headsets and controllers.

UK retailer Scan have kicked off their Black Friday deals, with savings on the full gamut of components, peripherals, and builds.

Back to Overclockers UK, who have a sizeable range of fully built PCs including overclocked and watercooled builds carrying discounts of £200 and higher.

This is more like it! Amazon has really started the Black Friday deals in earnest. In addition to updated picks in several of our categories, there are also deals on the following that are worth casting an eye over:

Over at Newegg, Intel’s Core i7 4790K is selling for $299.99 down from the usual $349.99. In fact, Newegg and Amazon are the places to go today for both our UK and US readers, as there are also a truckload of deals on SSDs, monitors and the like – elsewhere it’s still a bit quiet.

We’re still waiting for the deals to kick off in earnest, but there have at least been some rumblings of bargain to come.

Overclockers UK announced their Black Friday plans, which will offer bigger discounts than 2014’s sale and will run until next Tuesday – or until stocks run out.

Game are also gearing up for big sales over the weekend, but so far there’s just a waiting page to tantalise you.

Currys PC World have announced that they’ll be kicking of the Black Friday deals from 6AM that day.

The anticipated free-for-all of tumbling hardware prices hasn’t quite hit running pace, but there are nontheless a few bargains out there already if you look hard enough. For example:

Meanwhile over at Amazon, the flash sales include a Corsair Vengeance M65 mouse for £48.27, Corsair’s STRAFE keyboard down to £99.95, and a modest £5 saving on our favourite Kingston HyperX Cloud II headset, down to £69.99.

The best Black Friday deal for… a gaming PC 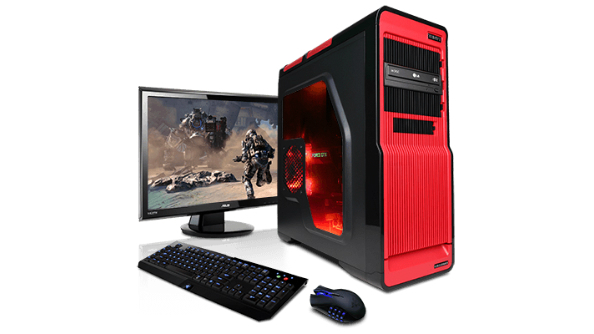 First things first – that price doesn’t include the monitor which is inexplicably pictures. However, Cyberpower’s i7 Z97 build is still a legit bargain this Black Friday. $1335 gets you a 256GB SSD + 1TB HDD combo, a mouse and keyboard, an optical drive, and the real headline act: a Core i7 4790K CPU and GTX 970 graphics card. 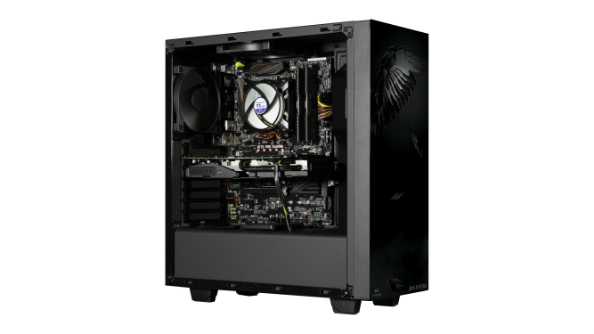 This Skylake build from Scan has everything you need for silky-smooth 1080p gaming – and even enough horsepower for some 1440p action – for under £900. The only drawback on this particular configuration is the Core i5 6600 CPU. It isn’t unlocked for overclocking, so it’s base values only – but that’s really not going to have a profound impact on your gaming performance in the long run. 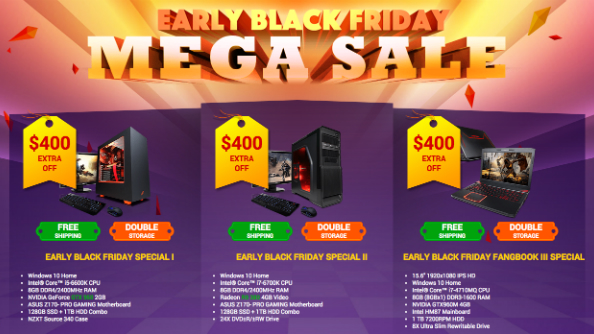 The folks at Cyberpower are kicking Black Friday off a week early with some sizeable savings on fully built systems. The picks of the bunch are a trio of Skylake-based PCs with $400 off, plus free shipping and double the usual storage capacity, but there are bigger savings to be had on a few GTX 960 and 970-equipped systems with $500 off. If you’re in the market for a complete system, monitor, mouse, keyboard and all, it’s a good place to kick off your Black Friday bargain hunting. Here’s our current pick of the bunch– you can’t go wrong with a GTX 970, even with Intel’s older Z97 chipset.

The best Black Friday deal for… a laptop 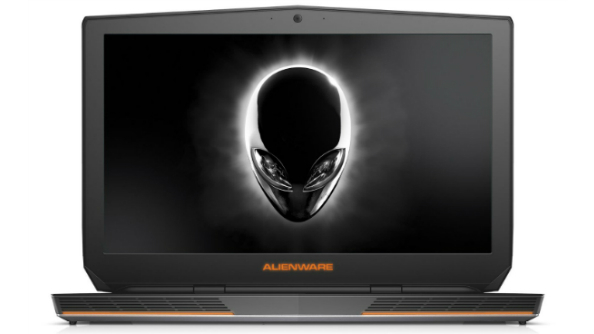 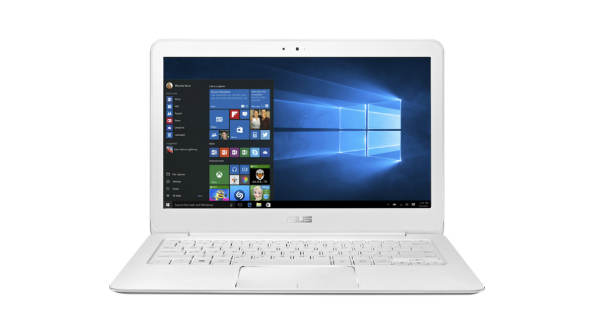 After a generous PC system deal for US readers, here’s one for those on the other side of the Atlantic. Currys UK have discounted the Asus Zenbook UX305 to £499, down from £649. Inside the 13.3-inch chassis is 8GB RAM, a 128GB SSD, an Intel Core M-5Y10 CPU and 1080p display. It’s not really geared for gaming, but it is going cheap, soooo… We’ll be keeping an eye out for deals on more powerful, gaming-focused laptops as the week progresses. 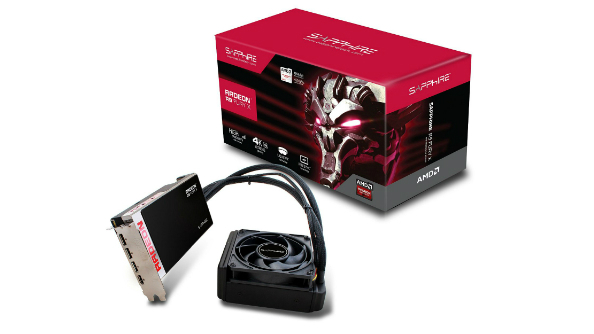 Okay, that’s still a lot of money to blow on a graphics card. But if you’re going to go for AMD’s top-of-the-line, watercooled gaming GPU, now’s the time to do it. Amazon are currently selling the R9 Fury X for 50% of the RRP. 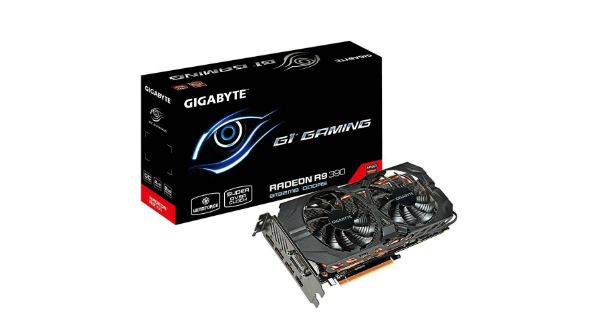 Now this is a deal – Amazon are selling Gigabyte’s take on the R9 390 reference card for $402.01 less than retail. Hot holy damn. It’s a simple but effective cooler design placed on a seriously powerful AMD GPU, and it’ll make your games fly at 1080p. 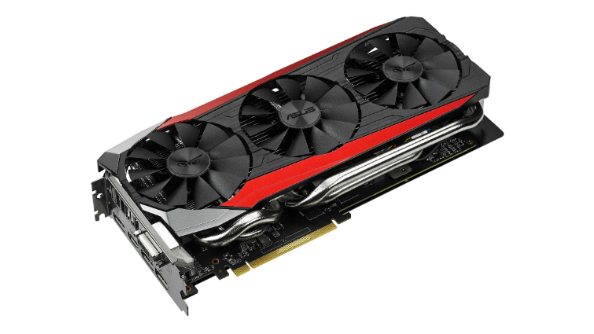 Good news if you’re looking to drop some serious coin on a graphics card update and your alliances lie with Team Red – Overclockers UK have lopped 11% off the price of Asus’s mightily powerful 8GB R9 390X DC3 OC Strix, now selling for £319.99. With AMD recently launching a new SKU to the market just in time for Black Friday, the R9 380X, we were expecting a bit more activity around it. Nothing so far, but we’re keeping our eyes peeled. 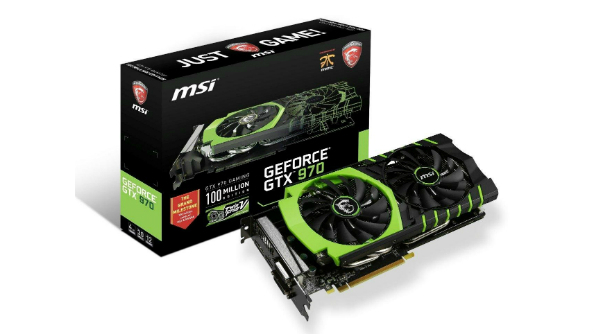 There are already a few good deals on NVIDIA silicon over at Amazon, but this MSI GeForce GTX 970 GAMING 100 Million Edition OC is our pick of the bunch. It’s currently discounted by 40%. There are also deals on Titan Zs, but if you’re in the market for one of those you’re probably not the Black Friday type, we’re guessing.

The best Black Friday deal for… a gaming monitor 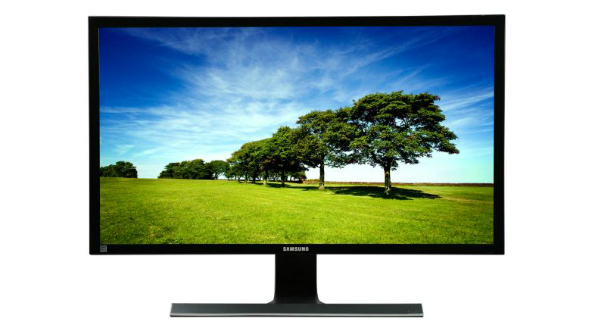 If you’d been looking for an excuse to make the jump to 4K, Newegg are your enabler. They’re offering this lovely Samsung panel for under $400, a good deal by anyone’s standards. Just brace yourself for your frame rates to tank as your poor GPU toils away rendering all those extra pixels. If only retailers across the globe were offering discounted graphics cards – wait… 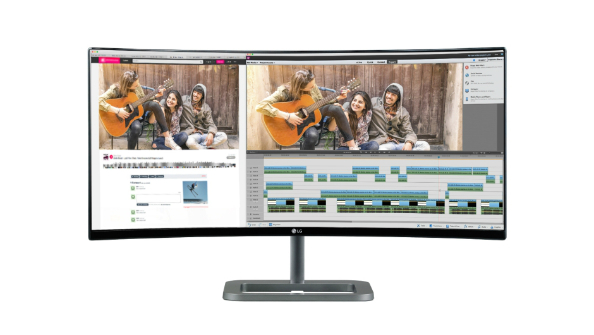 It’s our old friends Overclockers UK again delivering the early bargains in the monitor sector. LG’s gorgeous curved 34-inch super widescreen panel is going for £599, saving you £50.3440×1440 displays like this aren’t ‘true’ 4K, but we think the stretched out aspect ratio is a much more immersive use of the extra pixels than 4K panels with traditional 16:9 aspect ratios. 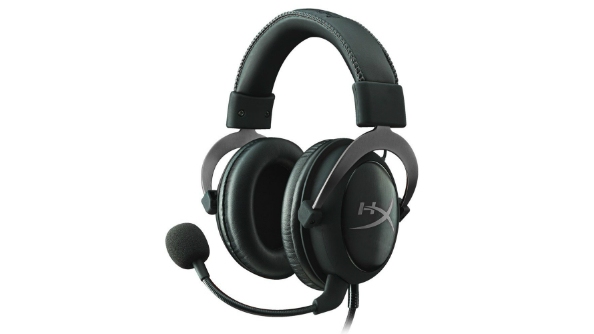 We love the Cloud. It’s comfortable, durable and offers incredible sound quality with powerful bass that doesn’t tip the overall EQ into silly street. Behold, then a decent saving from Scan, who are offering a £14 discount. Remember this is the Cloud, not the Cloud II – so there’s no surround sound and a slightly less fancy cable and inline remote. Otherwise, though, it’s pretty much identical. 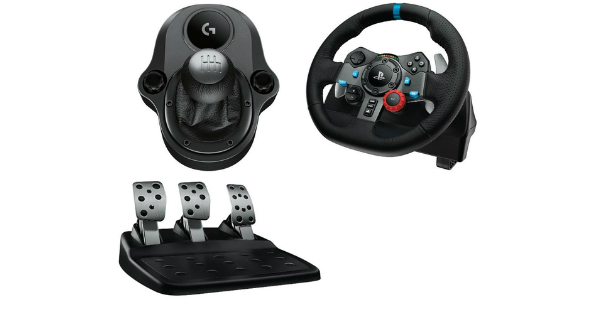 While it does carry quite heavy PlayStation branding, the G29 wheel is fully PC-compatible and going pretty cheap over at PC World. If you haven’t experienced a good racing game with aforce feedback wheel, it’s a transformative experience, and while the G29 isn’t quite as well-regarded as its famous predecessor, the G27 – there’s a lot of quality on offer here for just over £200. 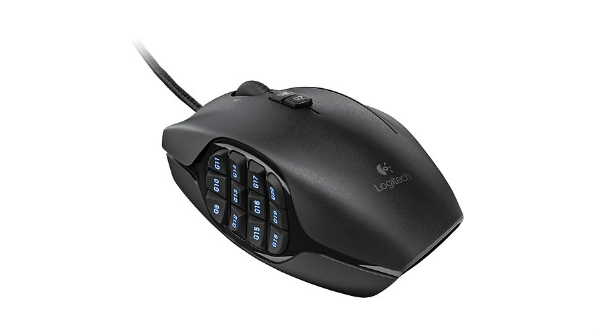 Widely regarded as ‘the best gaming mouse yet to feature in PCGamesN’s mouse group test’ (we’re working on it), Logitech’s button-endowed G600 is going for a song at Best Buy – just $42.99.With a hefty $37 saving, it’s the best peripheral deal we’ve seen thus far in the early days of Black Friday week.

The best Black Friday deal for… other gaming hardware

We’ll be keeping an eye out for the best PC component deals every day. If you spot something good, let us know in the comments below, and we’ll integrate it into the feature.