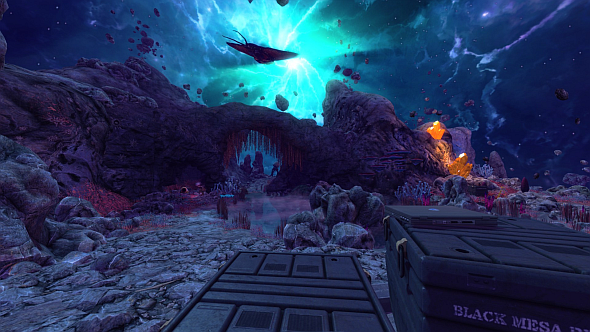 Half-Life fan remake Black Mesa has been out on Steam Early Access for three years, and in all that time the team have not yet released their ambitious vision for the alien planet of Xen. Now Half-Life’s finale has edged a little closer to release with a large engine update for the game.

Will Black Mesa make our list of the best FPSs on PC when it’s complete?

Developers Crowbar Collective detail the hefty 3.6Gb update on the game’s Steam community page. While the engine update doesn’t contain the Xen levels, it does add many lighting and animation features which they will require. As the team note, “this is important to test our new features so that the Xen release can be as flawless as possible”.

This isn’t the first time the developers have released a technical update with Xen in mind, as a lighting patch dropped in December. This time however the team suggests that the full release of Xen isn’t too far away, though there may be one more of these engine updates first, “in order to make sure that everything is running smoothly on everyone’s machines. We want the Xen release to be as close to a simple content release as possible!”