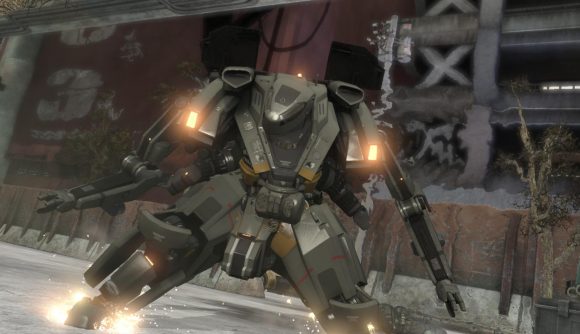 The developers of cyberpunk FPS Blacklight: Retribution have announced that they’re ending official support for their free-to-play shooter next month. In the meantime, you’ll be able to use all the game’s add-on DLC completely free.

In a post to the Blacklight: Retribution Steam page, Hardsuit Labs thanked its players for their more than seven years of support for the game. The developers explained that they are now working on “some very interesting projects that require the full focus of the development teams and leadership,” and that continuing to support Blacklight: Retribution with patches, updates, and tech support is no longer feasible.

PC servers will be shut down for good March 11. Until then, however, everything in the PC store is unlocked and free. You’ll be able to continue playing the PlayStation 4 version, since that doesn’t require Hardsuit to maintain servers, but you can no longer migrate your PC account over to PlayStation, unfortunately.

Blacklight: Retribution is an interesting little multiplayer title that gave players the ability to spot enemies and key items through walls by using a ‘Hyper Reality Visor.’ This HRV highlighted weak points in enemy armor, but using it prevented you from shooting and it could only be switched on very briefly before needing to recharge.

However, Blacklight: Retribution was criticised for what some players felt was an unfair business model – in order to gain access to much of the game’s gear, you had to pay for equipment packs.

That issue has now been rendered moot, since those packs are all available for free now until the PC servers shut down next month. Given that there’s absolutely no way to spend money on it now, it’s probably a pretty good time to jump in and check out Blacklight: Retribution if you’re itching for some cyberpunk PvP.

Developers Hardsuit Labs haven’t specified what their new projects are yet. In the Steam post, they said they’ll remember Retribution well.