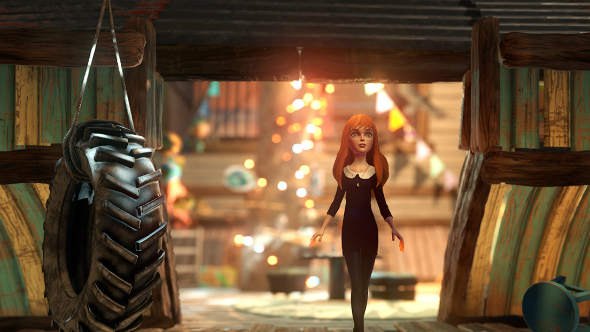 Over the past decade indie games have gotten really, really good at telling stories. From The Stanley Parable to Firewatch we’ve seen narrative-driven games rise to prominence on the gaming scene, taking on everything from the machinations of capitalism to ruminations on isolation, mortality and love. Blackwood Crossing sets its sights at an experience that’s much harder to capture realistically: sibling relationships.

It’s tale of reconciliation between two orphans and is thus a little less abstract than that of, say, Life is Strange. Those two orphans are Scarlett and Finn: Scarlett is a teenager on the cusp of adulthood and Finn is her young brother who can’t remember their parents and has only his sister to look up to. 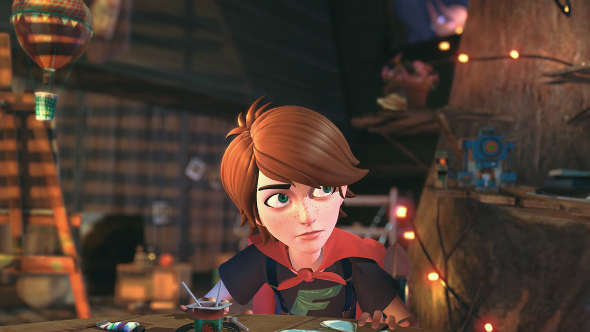 You play as Scarlett, who’s cleverly characterised from a first-person perspective – her black nail polish is chipped, her Converse are well-worn and when she reaches out a hand you can even trace the tiny blue veins that run across her skin. When you stir from your nap to find yourself in the cabin of a distinctly old-school train. You glance at the window to see a blurry English countryside, lingering for just a second to acknowledge your own reflection: red hair, freckles, black dress with Peter Pan collar.

Meanwhile, Finn’s screaming that he’s trapped somewhere out of sight, but the disinterested face in the window’s reflection tells you this is a ruse. Another one of Finn’s childish games. It doesn’t take long to track the noise down to a bathroom, where you pull the door and sure enough Finn comes jumping out in an attempt to scare you, even growling like a tiger. He’s poured his heart into getting your attention, planning it while you dozed and executed it to perfection, but all you can muster is a gentle telling off. He ignores it completely of course, initiating a game of Simon Says before hurrying down to carriage and disappearing into the next.

It’s an exchange that lasts little over a minute, but it tells the player everything they need to know about Scarlett and Finn. They’re drifting apart, not out of cynicism or disdain for one another, but as a sheer consequence of Scarlett growing up. Scarlett harbours no resentment for Finn, and she doesn’t begrudge his enthusiasm or presence, she just has less time for him. It’s a subtlety that’s enormously important for the story and it lends both of them a level of emotional depth that’s scarce in the medium. 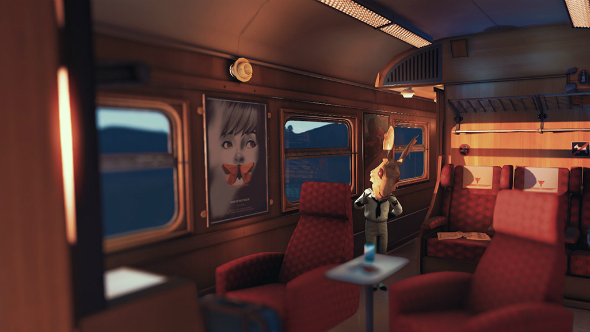 The tenderness of that opening minute quickly takes a backseat as you become embroiled in a supernatural caper that intertwines contextual puzzles, surreal world exploration and narrative – but that emotional layer returns in full heartstring-tugging force time and time again throughout the game’s first two chapters. There are puzzles to work out and places to explore, but they never get in the way of or hinder the story.

“We invested a lot of our time up front in developing who our characters were,” explains Alice Guy, head of studio at PaperSeven. “We started out by conceiving our characters. We came up with a number of different ideas for each character and then honed that down into what made most sense for them, both individually and then as siblings. We worked really hard to bring that sibling bond to fruition and to make it believable. We also worked with Side UK to get really strong voice actors for them and I think that really brings them both up a level. We worked really hard with the story and dialogue to make them feel believable as siblings.”

Character models and animations play their part too, more so for Finn than Scarlett. Every look Finn has is masterfully handcrafted to lend him all the vulnerability, warmth and innocence of a real person, making it impossible to dislike him even when he’s being a nuisance. Finn can be worse than a nuisance however, and you’re the one who has to fix things when his rages get out of control. Sometimes that means searching for him when he runs off and hides somewhere in the empty train, other times that means putting out an enormous inferno. 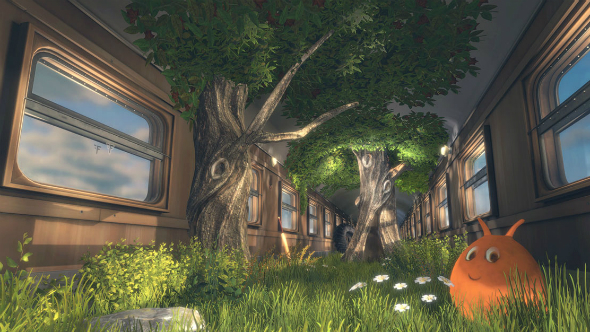 “Finn is and can be a pain in the bum,” says Guy, ”but equally the emotions that he’s feeling about Scarlett and himself growing apart really do come through. The details that we’ve been able to handcraft, like facial expressions and his emotional responses… have pushed the boundaries for what narrative-driven games often deliver in terms of character. We’ve done that very deliberately, and very expensively, but we invested a lot in that area because without that emotional connection to Finn and Scarlett the story doesn’t work, and thus the experience doesn’t work.”

Everything in Blackwood Crossing’s opening two chapters feels like it’s developed organically around the narrative. There’s almost nearly transition between acts, no jarring segue from exploration to puzzle segment – the narrative is delivered seamlessly, and as a result you’re kept at its mercy from the moment you start playing.

All of this is complemented by Blackwood Crossing’s more surreal elements – this is no ordinary train journey. As you venture through the carriages in search of Finn you’ll come across masked figures from your past, a carriage with your childhood treehouse jutting out from its centre and a rabbit-headed boy who crops up intermittently – think Donnie Darko’s Frank, but in a sailor suit. 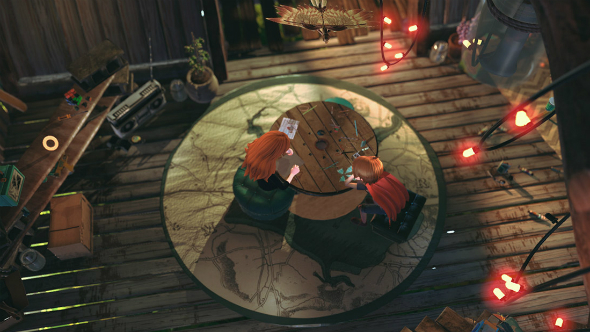 The masked figures are part of one of the game’s clunkier puzzles. They’re all posed like statues and have a single line of speech to deliver. You simply have to match them up with one another based on what they’re saying in order to progress to the next carriage of the train. “That was more of a mechanical puzzle,” explains Guy, “but we knew that we wanted the player to start piecing the backstory together themselves without us explicitly telling them. They all relate back to Finn and Scarlet’s lives – but by putting the masks on them we’re monkeying with what’s real and what isn’t and allowing some childhood imagination and feelings about those people to come through as well.”

In its first two chapters Blackwood Crossing comes across as a remarkably sweet experience. Its characters are fully realised and they’re the ones that instil the game with the conviction it needs to tell such a subtle and nuanced story. Guy assures me the story gets darker and more chaotic in later chapters, and while I’ve enjoyed it in its current twee state, I can’t wait to see where PaperSeven go with their so far sublimely constructed narrative.

Blackwood Crossing is due out in early 2017. Let us know if it looks like your type of game in the comments below.