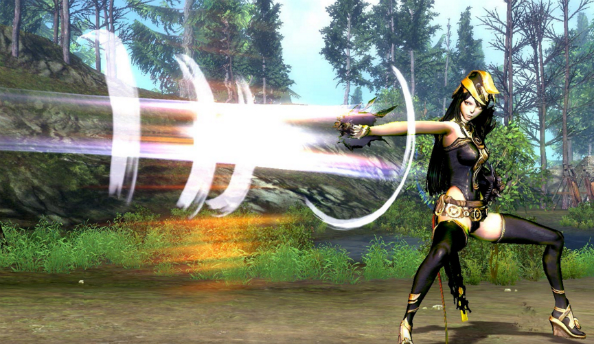 Picking a new MMO is tricky. Not only are you potentially going to give over literally hundreds of hours to your chosen one, you’re also reliant on a massive player base and diligent background development to keep it going, and a wealth of content to provide any sense of longevity. Thanks to already hugely impressive player numbers, solid gameplay and heaps of content, Blade & Soul looks like it’s here to stay. 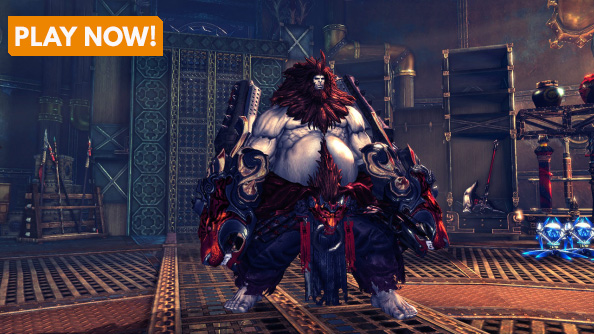 Want to see what’s on the horizon? Check out our list of the best new and upcoming MMOs.

The bizarre blend of fighting game combat and role-playing elements seems to have worked for Eastern audiences who have been consistently logging on since the game launched in Korea in mid-2012. For those who are just jumping in post the western release in January, here’s a selection of tips to keep you from falling into some bad practices early on.

Picking a race and class 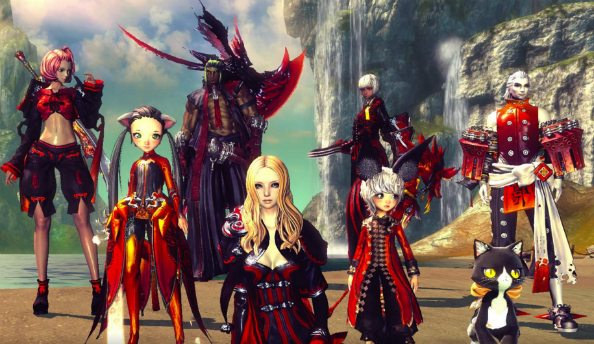 One of the biggest quandaries that faces gamers as they take on any new MMO is choosing their character’s race and class. Knowing which races and skillsets are predestined to dominate in an unbalanced game is essential once you hit endgame, while going with one set of skills over another often locks out fun and interesting options further down the line.

Thankfully, Blade & Soul is remarkably well balanced – likely an outcome of the many years it’s been in service in Eastern territories – which means the whole cast of races and classes are all as viable as each other. Of course the skill-based combat does mean that your best class will be the one you’re most adept with, so it’s wise to stick with a playstyle you’re familiar with from other MMOs.

A simple tip but one which will ease you into the complexities of this MMO, is shifting the viewing mode of your skills screen. By tapping ‘K’ you can bring up your character’s skill tree, which by default is an agonisingly lengthy list that’s guaranteed to scare off any newcomers. Just look over to the top right side of the box and select the icon layout for an infinitely more approachable view of your character’s skills and progression. 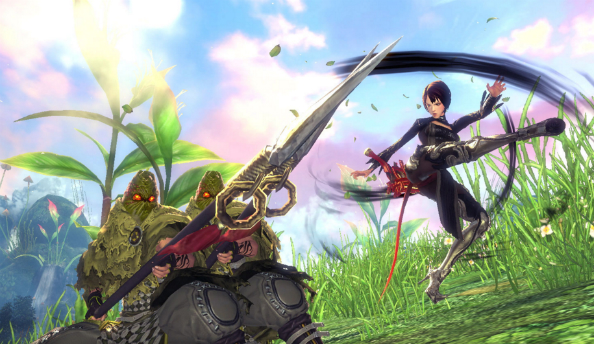 As an action-MMORPG Blade & Soul combines two styles of combat: reactive, situational actions and class- and skill-based actions. However, as a title which effectively bridges the gap between a fighting game and an MMO, Blade & Soul’s combat is deeper and richer than anything currently available on the genre market.

Basic actions like successful blows and blocks change your hot bar, opening up entirely different options based on your position in at any stage in the fight. It’s a more interactive combat system that allows mastery of the gameplay to out do stats in most situations. Additionally, there are healing classes, which means that the only way to regain control of a fight is by dealing some serious damage on your foe. In Blade & Soul, combat is very much a kill or be killed affair.

Learn to be thrifty with coins 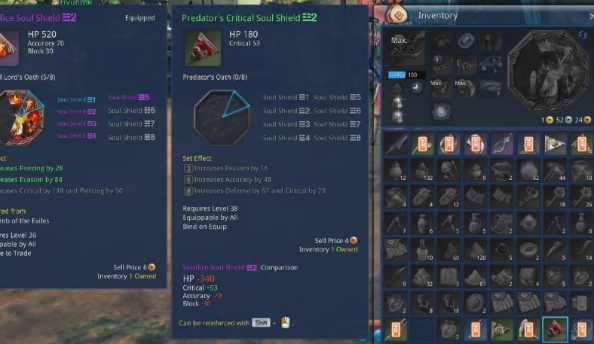 No matter how cool the piece of loot you’re looking to sell is, most items in Blade & Soul can only be sold for a single bronze coin. Bear in mind that the cost of purchasing basic items like food from vendors is often a hundred times that and the importance of keeping hold of those coins speaks for itself.

With such lean pickings, the best places for buying are in most circumstances the dungeon specific loot auctions and the marketplace. The high cost of upgrades as you reach the endgame makes saving coins early on a necessity. 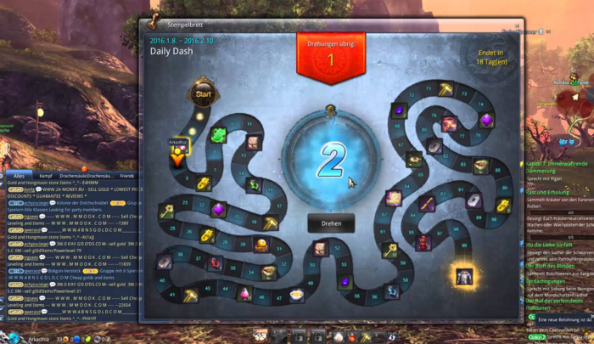 Daily Dashes and in-game surveys will reward you with free items. There’s not an MMO player in the world who doesn’t love the notion of free items, and early on you’ll get plenty of opportunities to get just that. Taking part in Blade & Soul’s Daily Dashes and answering NCSoft surveys when they appear is a quick, easy way to net some extra coins, expensive healing items, keys and Unsealing Charms.

Grind the Blackram Narrows dungeon for a 400 HP boost 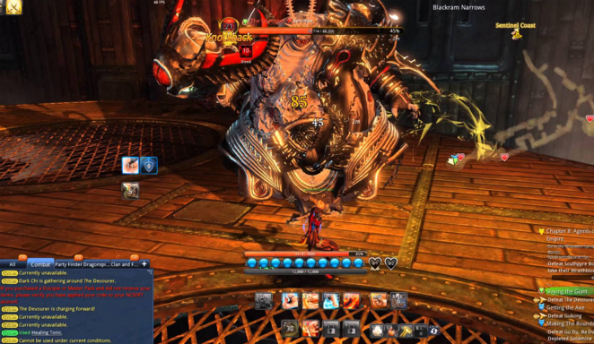 As you near the close of Blade & Soul’s first act you’ll face the game’s first significant dungeon, the Blackram Narrows. While you can skip the dungeon entirely, it’s in your best interests to not only conquer it, but grind until you’ve completed it ten times. Doing so will not only guarantee you heaps of loot and experience, but will also bestow a whopping 400 HP boost to your character.

To apply this boost you’ll need to hit ‘U’ to open up your Achievements window and head to the Bonus Attributes section to activate this hefty reward. Grinding Blackram will also put you in good stead for collecting all eight pieces of the incredibly powerful Blight Soul Shield. 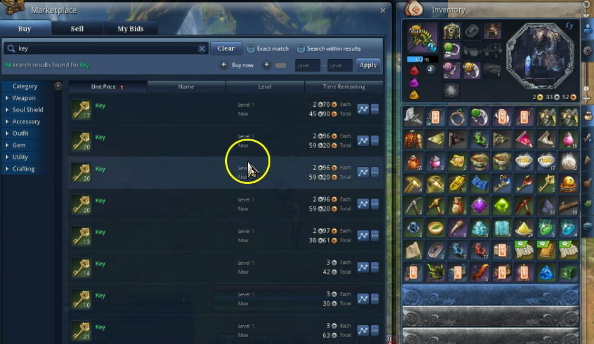 As counterintuitive as it sounds, don’t use Unsealing Charms and keys for unlocking or unsealing things… that is until you have something worth using either item on. Early on in your Blade & Soul playthrough there won’t be anything worth using these very rare items on, so you’d be wise to save them for late game items.

These sealed or locked items are often worth more broken down than they are unsealed. By salvaging green and blue items you’ll be able to gain more valuable components useful for fusing items. 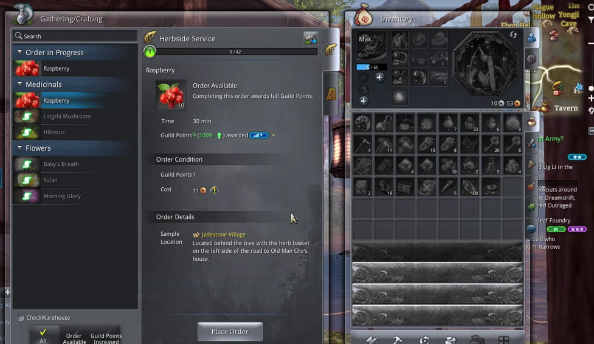 The best way to accrue resources and make some money in Blade & Soul is to progress through the ranks of a crafting or gathering guild. While all of the 14 guilds open up their own perks and distinct benefits to players, some are more useful than others when it comes to giving a beginner a boost.

You can select two crafting and two gathering guilds to progress through; swapping guilds will unlearn everything in the sacrificed guild, so choosing once and only once has its merits. One of the best combinations in terms of making money is the Merry Potters and the Tree Fellers, with the Tree Fellers being essential for acquiring sap that is used in the pottery craft. It’s a reliable income for newcomers and source of serious wealth for anyone familiar enough with the marketplace.

Well, that’s your lot. Got any essential Blade & Soul tips you’d like to share? Pop them in the comments below. Or just get started playing!