Good news for fans of MMOs, martial arts and disproportionately large bosoms: Blade & Soul has officially launched in Europe and North America, and developer NCSoft are already working on a ton of post-launch content. Although no release dates have been given, we’re promised a new continent, four dungeons, the warlock class and a major narrative expansion – all due out in the coming months, and all free of charge.

Looking for more massively multiplayer action? Check out our list of the best MMORPGs on PC.

By far the biggest announcement is the news that Blade & Soul will be getting an enormous expansion titled SIlverfrost Mountain. Adding a whole new act to the main narrative, a level cap increase from 45 to 50 and an entire continent to explore, it’s clear that NCSoft aren’t taking a laid back approach to endgame content. 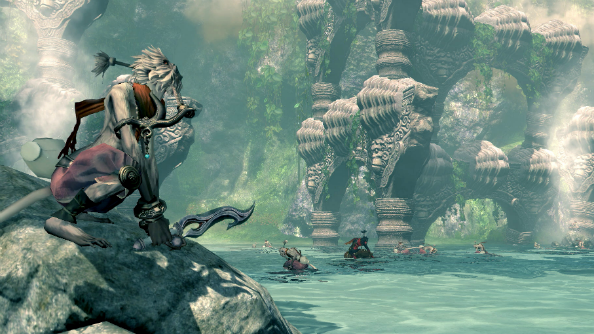 Elsewhere: lots and lots of lovely dungeons. Mushin’s Tower is a single-player instance dungeon, which will launch with seven floors (an eighth will follow shortly after), each with their own unique monsters and challenges. Catering for the game’s PVE audience, Mushin’s Tower is designed to accommodate speedrun challenges and is intended to grow in the future, with the Korean version currently totalling 20 floors.

Another dungeon, Naryu Labyrinth, is intended to considerably up Blade & Soul’s replayability factor. Boasting pathways that shift and change upon every visit, it offers four or six players an ever-changing dungeon. Make it through three gruelling levels and you’ll get a shot at defeating the wind and thunder gods, Fujin and Raijin. In typical Blade & Soul style, expect plenty of revealing costumes, oversized weapons and off-the-wall accessories as your rewards. 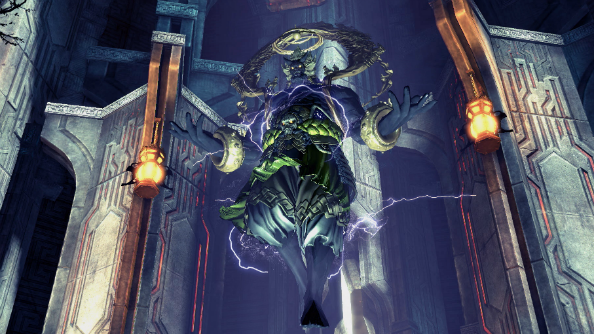 Adding some piratical themes – for absolutely no reason whatsoever – is the final confirmed post-launch dungeon, Bloodshade Harbor. Playable with either four or six players, this features some of the game’s most popular costumes and a massive final boss fight in which players attempt to topple vice-admiral Haemujin and his female associates. A 24-player version of this dungeon called Nightshade Harbor will release alongside it.

A ranged DPS class for the Jin and Lyn races is also incoming. The Warlock garnered interest and speculation after the 2015 Blade & Soul World Champion claimed victory using the currently locked class. The Warlock is able to summon allies into combat as a main ability, acting as an effective distraction or primary attacking force depending on the scenario. 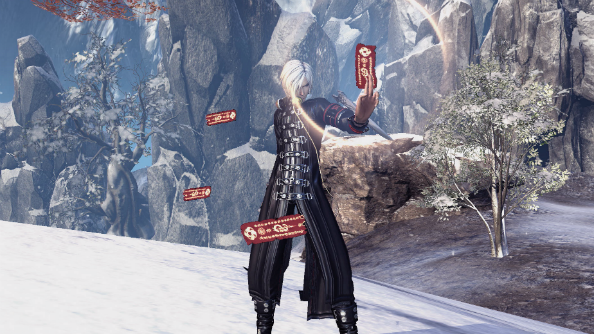 The additional confirmation that the 2016 Blade & Soul Championships will feature players from Western regions for the first time, appears to confirm the company’s eSports ambitions. This tidal wave of impending content will help level the gap between the Eastern and Western regions, offering players in North America and Europe enough content to bring them up to speed with those who have been playing in Eastern regions since 2013.

Blade & Soul is out now in North America and Europe. Looking forward to getting your hands on it? Let us know in the comments below.