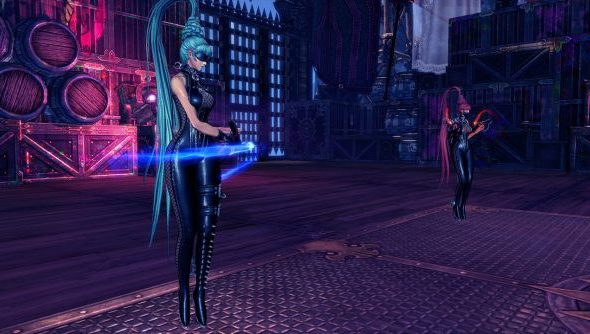 Kung-fu focused MMO Blade & Soul has only been available in the west for the past week or so, but has already racked up more than a million players and required new servers to be put in place to hold the population. It’s Free to Play, of course, but still represents a significant milestone of interest in a new MMO. While it looks great and has a lot of Twitch hype behind it, it’s also been building for a long time, having first released in Asian markets in 2012.

Many more great MMOs out there to explore for 16 hours a day and barely scratch the surface of.

The announcement came via a press release from publishers NCSoft, confirming that the million strong playerbase was in the west only, not counting those still playing in Korea, China and elsewhere. It’s also still rising, though the servers seem to be handling it a bit better now.

Dr. Songyee Yoon, CEO of NCSOFT West had this to say about the success, “At NCSOFT, we are committed to providing our players an extraordinary experience across all of our games. It is thrilling that so many people are excited about the arrival of Blade & Soul in the West, and we will continue to work tirelessly to make sure our amazing players have a great time in this epic game.”

At the end there he’s referring to the upcoming content patches that have already started to be teased. On February 10th the Rising Waters patch will hit, bringing with it a pair of new dungeons and more. Jordan had the details on what’s next for Blade & Soul last week. The new dungeons feature a whole host of new bosses and loot to kill and collect, naturally.

Sign up to try Blade and Soul here. Those already playing – how does it compare to its peers? Just another on the pile or something special?