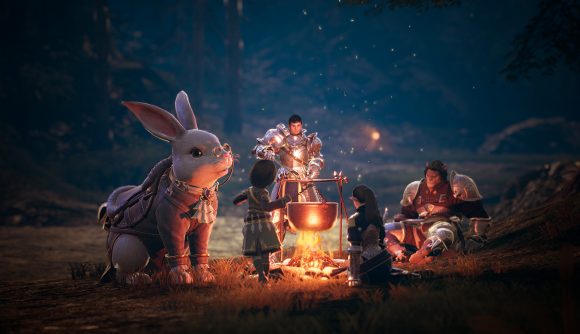 After successfully launching on Xbox One back in March, free-to-play MMORPG Bless Unleashed is due to arrive on PC in 2021. Although PC is the platform more readily associated with the MMO structure, developer Round8 Studios has made it clear everyone’s getting the same experience regardless of platform.

“They are equally important and we have no intentions or plans on shifting our focus to one or the other,” Koven Park, Development Lead of Bless Unleashed, told us. “And since the game itself is the same with both platforms, players would not need to worry about which platform will have an ‘advantage’.”

Park goes on to explain that the team’s focus is on making the game sustainable for as long as possible, and they’re actively taking feedback from players to make sure that they’re “covering every corner and pushing ourselves” to make the PC launch successful. In lieu of this, Round8 Studios is actively working on ways to have an open, efficient back-and-forth with the community, believing as much to be a cornerstone of keeping something like Bless Unleashed running smoothly.

Bless Unleashed is a reboot of Bless Online, a Korean fantasy MMO developed and published by Neowiz Games that lasted a little over a year, from May 2018 to September 2019. Neowiz Games is also publishing the game on PC, while Bandai Namco will handle Xbox version. Closed betas ran for much of last year on Xbox One before properly launching on the system in March of this year.

Bless Unleashed is expected to release on PC early 2021. Park says a closed beta for PC will happen “as soon as we are ready”. Keep an eye on the Steam page in the meantime. We have a bunch of the best free PC games and best anime games you can have a look at, too.