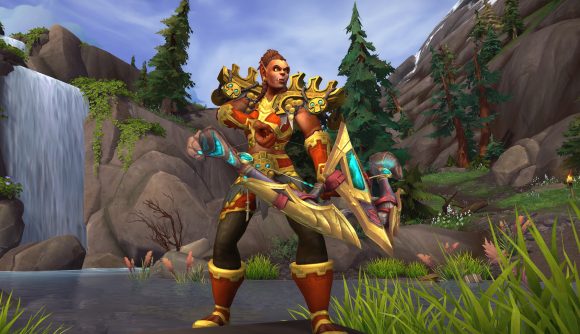 BlizzCon 2018 is in the rearview mirror, but Blizzard itself is looking straight ahead into the future. The company plans on creating a new game engine that will be shared across its next generation of titles.

According to a job posting on Blizzard’s careers page, the company is looking for a new senior producer who will work with a brand-new team on creating a “key component in the development of every Blizzard game.”

This new team will “partner with the various game teams to create a game engine” that’s meant to be used by “the next generation of Blizzard games.”

The job posting was spotted by ResetEra user Nirolak, and it’s light on any further details. The listing says candidates must have five years’ experience in production or development, and the usual qualifications you’d expect for a senior producer role.

Blizzard runs a pretty tight ship when it comes to leaks and rumors about future projects, so it’s tough to speculate on what a shared, Blizzard-wide game engine might portend. The job posting only says that it’s meant to help develop “technology that’s leveraged across our organization.”

Whether that means porting current titles like Overwatch or Hearthstone (which is built in Unity) into a new shared engine, or if it’ll be used exclusively for new titles, remains unclear.

In the ResetEra post, Nirolak seems sure that the engine will be based on Overwatch, based on Blizzard’s major programmer hire-up for that game’s production. If Blizzard is using this new tech for another Diablo game, Nirolak says it might explain why the company has been so reluctant to officially make an announcement about it. But again, Blizzard hasn’t confirmed anything, so all of this is pure conjecture.  We’ll know when Blizzard wants us to know.