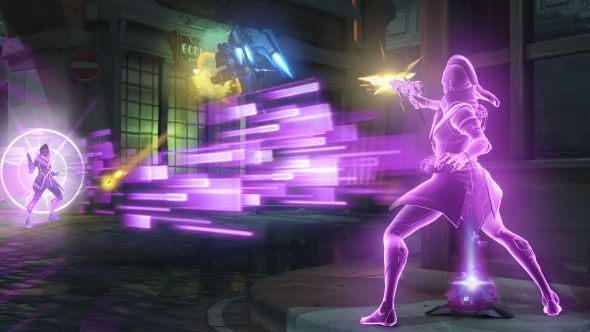 Two new job postings on the Blizzard website suggest that the developers are working on a brand new first-person title. An old one has also been updated, confirming that the Diablo team is expanding.

If you missed BlizzCon 2016, catch up by following our coverage.

Blizzard are looking for a lead engine software engineerand a lead tools engineer, both for “unannounced games/projects”.

Reading further into the job descriptions, they each mention that the project “utilises a robust first-person engine”. “Experience working on first-person or other action-oriented games” is listed as a plus for both jobs.

That Blizzard is advertising for staff to develop a game engine and its content creation tools, apparently from scratch, suggests that the project is right at the beginning of development, and yet is ambitious. 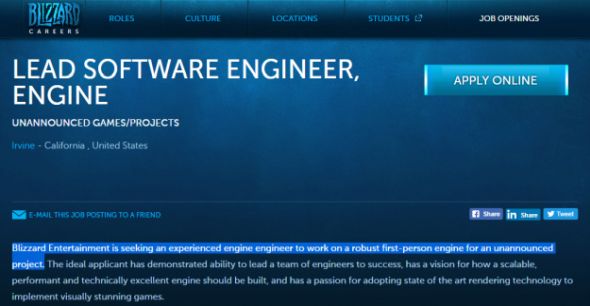 In other vague job news, a little while ago we reported that Blizzard were recruiting an outsourcing manager for another unannounced project. That listing has now been changed from “unannounced project” to simply “Diablo” – not Diablo 4, just plain Diablo. The description has been updated as well, but only to say that the team “is expanding”. The job itself involves managing internal and external art teams to create art assets for Diablo. Given what we’ve just heard from BlizzCon about the Necromancer class and a remake of the original Diablo within Diablo III, this doesn’t necessarily mean you should expect a Diablo 4 announcement soon.

The possible new shooter is an interesting development, however, given that Blizzard only launched their first-ever shooter this year and has big plans for it in the Overwatch League. Perhaps we’ll see a more PvE- or narrative-focused shooter from Blizzard next, driven by their famously compelling loot, quest or level-up systems. Maybe Blizzard have decided that reviving Ghost is the best way to develop the StarCraft IP. What do you think?