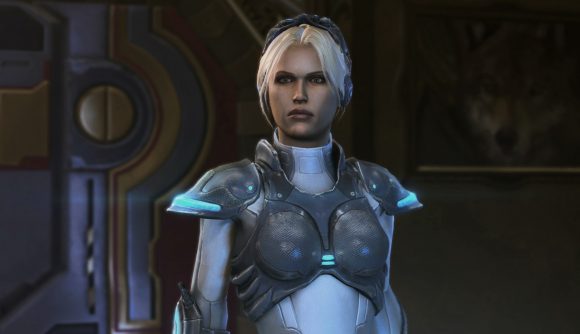 Blizzard has a new, unannounced game in the works, and we just learned a bit more about what to expect from the usual source – job listings. The as yet unannounced game still seems to be the first-person shooter we’ve heard about so often, and with dozens of jobs cropping up for the project across art, design, and engineering teams there are a few details to glean.

For example, Blizzard wants a senior software engineer with a “passion for co-op games, RPGs and board games” to “bring together players from all over the world in a unique new game.” Pretty standard stuff, except for this part: “You are not afraid of bears, instead you treat them with the respect, dignity and caution that they deserve.”

You heard it here first, folks. Blizzard is working on a bear-focused co-op game – maybe it’ll make use of those unused Overwatch concepts like the bear-riding version of Zarya. (No, we don’t actually know what the bear thing means, or if it’s anything more than a joke.) This particular listing seems suited for multiple projects.

Blizzard is also seeking a lead/senior level designer to be part of “building epic, memorable worlds,” including “world building from conception to the final stages of polish.” That alone suggests this is an entirely new project in a new setting.

Another senior software engineer position, this one with a focus on gameplay and animation, seeks someone with experience building “core combat gameplay in modern 1st/3rd person AAA titles.” An art director role mentions a “real passion for action games.”

We know Blizzard has at least three unannounced games in the works, including an FPS with vehicles, a mobile game, and a new Diablo title. We’re expecting to hear more about the Diablo game at BlizzCon, but given the staff increases and job listings across all these project everything is on the table for a reveal there. Whatever the case, it looks like this will be a big year for Blizzard fans.