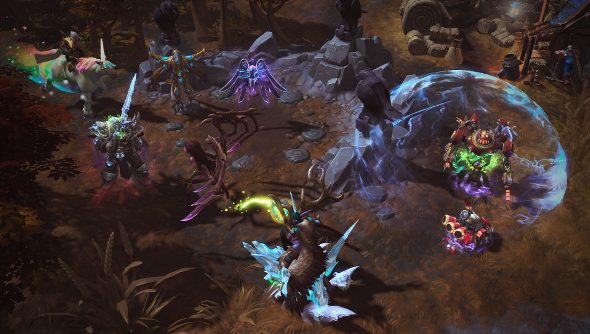 Blizzard president Mike Morhaime has said that the studio is making and effort to ensure that its games and stories are as inclusive and epic as possible.

The comments were made in a response to an open letter from a player who has drifted away from Blizzard’s games due to the lack of gender and ethnic diversity in the likes of World of Warcraft and Diablo III.

The author of the original letter cites comments made by Heroes of the Storm game director Dustin Browder and ex-chief creative officer Rob Pardo – who left Blizzard last week – as two examples of Blizzard not being inclusive. Browder did, however, apologise for what he said about over-sexualised character designs.

Morhaime says that the developer is taking steps to improve. “I want to start by saying that we’re grateful to have such a diverse and passionate player base, and we want everyone to feel welcome, safe, and included in our games and communities. We have made some mistakes in how we’ve communicated about this and how we’ve reflected it in other ways, but we are working to improve. As Dustin mentioned in his apology for the comments you called out, we take the topic of inclusiveness seriously, and we don’t want any of our players to feel we are being insensitive in how we portray our characters.”

At times, Morhaime admits, Blizzard has come across or been painted in a way that makes it not look open to feedback, but that goes against the developer’s core philosophy. “We will always listen, and we will always work hard to make games that appeal to as many people as possible.”

The original letter has been included in Blizzard’s ongoing discussion in regards to diversity, but he accepts that actions speak louder than words. “[W]e are challenging ourselves to draw from more diverse voices within and outside of the company and create more diverse heroes and content. We are also actively looking at our story development and other processes to ensure that our values are fully represented. We’ve always believed that positive, lasting change comes from examination, discussion, and iteration, and this applies as much to story as to gameplay. There is no reason why inclusivity should come at the expense of an amazing game experience.”

{"schema":{"page":{"content":{"headline":"Blizzard’s Mike Morhaime on inclusivity: “We are challenging ourselves to draw from more diverse voices”","type":"news"},"user":{"loginstatus":false}}}}