Blizzard have revealed the eSports schedule for BlizzCon, October 26-31, where a bunch of eSports professionals from around the world will be battling it out in Overwatch, StarCraft 2, Hearthstone and more.

Speaking of Blizzard’s card game, here are some of the best Hearthstone decks for beginners.

All these eSports professionals will be aiming to set themselves up for success on the BlizzCon stage on November 4-5, and a win in this Opening Week could see them well on their way.

In addition to the early rounds of competition for World of Warcraft Arena, Heroes of the Storm, Hearthstone, and StarCraft II, this year’s Opening Week will host early group stage matches for the Overwatch World Cup.

Every Opening Week match will be streamed live. Here are the times:

For the full details, head over to the official BlizzCon announcement page.

Blizzard have also announced some of the free in-game items they’re giving away to ticket holders and anyone with a virtual ticket. There’s a lovely BlizzCon Bastion skin, among loads of other cool stuff. Look at him: 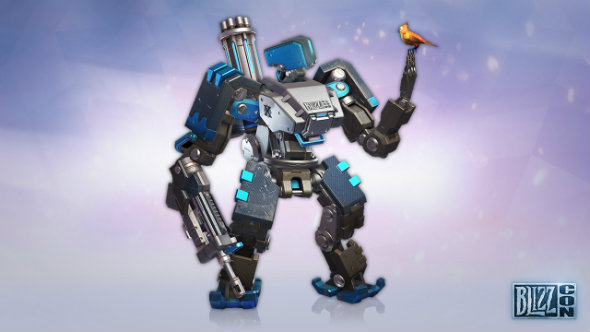