There aren’t many turn-based tactics games that can lay credible claim to e-sports’ turf – but equally, there aren’t many turn-based tactics games that can say they’ve had sports telly embedded in their lore for the best part of 30 years. Beside every Blood Bowl pitch there’s a box, named after the Campaign for Real Arcanery (CAMRA). In it sits a spirit: compelled to look out in one direction only, and have its mind’s eye transmitted to fans by a team of crack magicians casting the spell Cabalvision.

It’s an uncannily perfect framework on which to build the case for Blood Bowl 2 as a spectator sport – especially after the quiet YouTube revolution of streamers like cKnoor. But PC gaming has changed since Cyanide released Blood Bowl 1, in three large chunks across three years. E-sports games now feed updates and information to players on a monthly, sometimes weekly, basis. Can the Parisian studio match the expectations of players weaned on the drip-feed of League of Legends? Just how long does it take to develop a high fantasy football team?

Speaking with lead game designer Gauthier Brunet on the day Cyanide unlocked their pre-order beta, I ask what the atmosphere’s like at the studio. He exhales through his nose – half-sigh, half-laugh. There’s a lot of work to do – patching the beta in response to fan feedback; bracing for a sudden influx of new players at launch; picking over Twitch streams in the evenings at home. And a number of Cyanide’s staffers have dedicated themselves to plotting post-release plans. 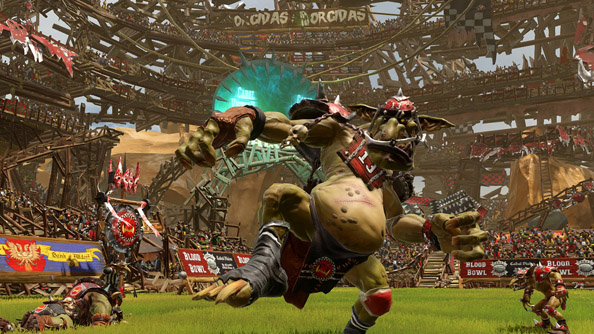 “The game is in good condition right now, we think,” says Brunet of Blood Bowl 2. “We want to make it even better, and we want also to bring more content to the game as quickly as possible – more teams and stuff like this.”

When pre-orders were first announced, there was grumbling in the stands – particularly from Lizardmen and Wood Elves supporters. Of the ten teams available at launch, those two would arrive first as pre-order bonuses. Some were suspicious that Cyanide were holding them back, but Brunet says that wasn’t the case.

“When we added these new teams, it was a change of plan for us,” he clarifies. “The game was supposed to come out with eight teams, but it was pushed back [from June to September]. We wanted to bring more content to apologise to the public.”

Game was delayed so we had time to develop them. They weren’t held back. They’re not even finished.

The deal has since been sweetened further: pre-orderers on Steam have access to both Lizardmen and Wood Elves, rather than just the one, and all players who bought Blood Bowl 2 within a week of release will be fielding skinks and sauruses too.

There’s still an expectation in some quarters, though, that the game should have 23 teams. After all, the board game did. Blood Bowl 1 did, by the end. But as Cyanide and Focus wrote in July, “as enticing as it sounds, it would require us to delay the release of the game by at least 12 months, while doubling the development budget!”

Building a team, it turns out, is a drawn-out and costly process – and there are a couple of reasons for that. While Blood Bowl 1 settled for uniformly rubbish AI, Cyanide have introduced a layered intelligence that takes the character of each race into account. 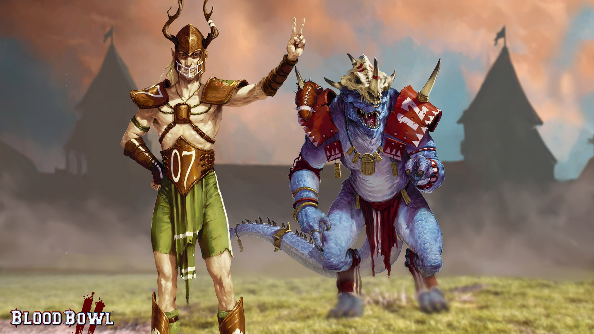 Every team shares a scaffolding for their behaviour: they all want to score touchdowns, and to leave you short on players by causing as much injury as possible. But on top of that there’s a racial layer, which tells each team to use their specific skills and strategies. Elves play a passing game, for instance, and attempt ambitious runs far more often than the orcs.

Then there are a sprinkle of traits which don’t necessarily make the best tactical sense on a given turn, but bring out the flavour. Take the Dark Elves, who are, in Brunet’s words, “completely psycho”. In Cyanide’s game, they’re more eager than most to foul your players when they’re on the ground, risking a send-off “even if this decision is not the best right now”. By contrast, the knightly Bretonnians are proud, and consequently less likely to stick their boots in your face.

“A small tweak to make each race feel like they are from this universe,” notes Brunet.

If the variations in AI haven’t left Cyanide with enough on their plate, they’re also determined to convey the crunch of a good block in a style befitting contemporary PC gaming. An average team requires five new character models, and each model is now made up of more than 50 animations.

“We try to find a way to make it not much more expensive,” says Brunet. 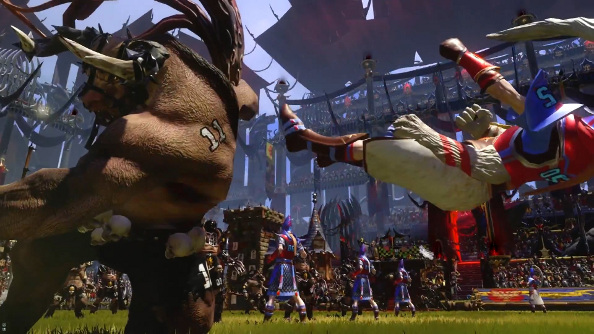 Some new animations add a lot – ball fumbling, for instance, is an important element in Blood Bowl’s pratfall comedy of errors. But as Brunet points out, when you’re intending to make 23 teams of five different kinds of player, you can save quite a lot of money by taking three unnoticed animations out of a set.

Are Cyanide prepared for the potential years of work involved in pumping extra teams into the game?

“More races will come, and we’ll make it as quick as possible,” affirms Brunet. “I can assure you of our intentions. We want to have at least as much content as Blood Bowl 1, and if possible, even more.

“Nothing is set in stone yet, but we are doing everything possible for it.”

Brunet describes some of the production choices Cyanide made during development to ensure they had enough time to create assets for eight teams. They picked an elf side early on, and the points of commonality between pointy-eared folk allowed them to rattle off both High Elves and Dark Elves before the June delay. Wood Elves followed afterwards. 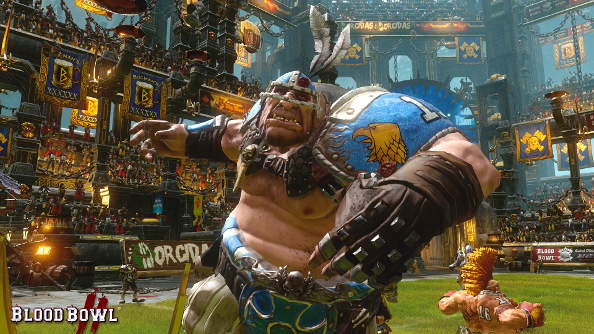 Even so, the work is long and hard – not the stuff of fortnightly updates. What sort of update model can Blood Bowl 2 realistically adopt in this new age of constantly refreshing e-sports games?

“I think it’s tough to define yet,” admits Brunet. “We still have some different solutions up our sleeve. We are thinking about which direction we are going to go.

“Time has changed since the last game so we have to stick to the new standard and try to make everything as acceptable for the public as possible.”

Elsewhere, Cyanide have embraced the idea of Blood Bowl as a streamed sport. An in-game spectator tool – Cabal TV – handles live matches and makes top community replays available to watch on its front page. Camera angles are designed to take viewers through every stage of an action, so that they can understand how an interception happened. 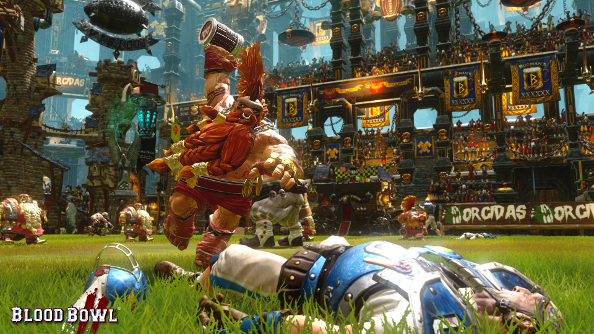 They’ve done their best to shorten game length, too – matches sometimes spiral to over an hour – by removing the “dead time” of Blood Bowl 1.

“These are small tools, but we think it’s going in the right direction, and making the competition as enjoyable as possible for passive viewers,” says Brunet. “The game is full of crazy events and every match has its own soul, so that’s something that’s good for e-sports.”