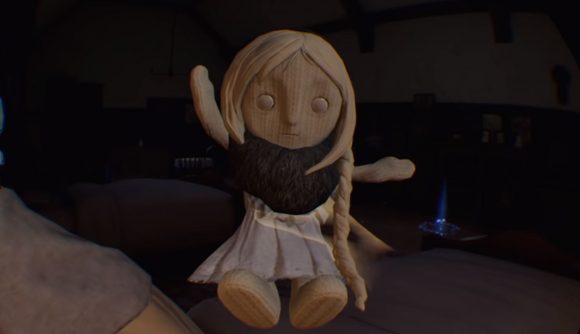 It’s exclusive to PlayStation VR, so you may or may not have noticed, but Dark Souls studio FromSoftware has released a new game. And inside that game, Déraciné, is an easter egg that hints at a possible sequel to Bloodborne, From’s brilliant gothic horror Soulslike.

There’s a doll in Déraciné whose arms form the ‘Make Contact’ gesture, which, while never quite as iconic as Dark Souls’s ‘Praise the Sun’, was sort-of Bloodborne’s equivalent. Given that the player’s only regular companion in Bloodborne is also a doll, the connection is pretty clear.

Where it gets exciting is the doll’s description, which reads:

“A doll of the stone girl Fiona, who appears in the unfinished tale. When a person has a bad dream, Fiona appears and helps them flee.”

You can take a look for yourself over at Amazing Komaru’s YouTube channel, which comes to us via FextraLife.

But those words ‘the unfinished tale’ stand out as a possible hint that FromSoftware has more to tell us about Bloodborne’s world, especially since the original ends quite satisfactorily. But then, you could say the same about Dark Souls, and that eventually become a trilogy.

FromSoftware’s next project is Sekiro: Shadows Die Twice, releasing on March 22 next year. Could Bloodborne 2 follow? 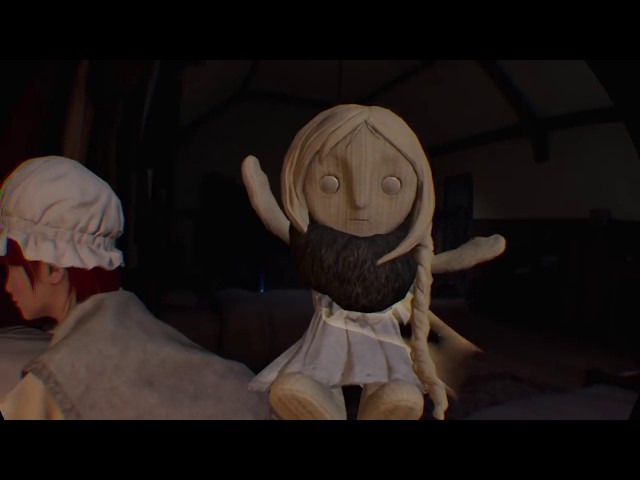 But yeah, we know what you’re thinking, and at this point we have to acknowledge that the original Bloodborne was published with Sony’s help and exclusive to PlayStation 4. It’s very possible that would continue to be the case for a sequel, depending on the terms of the original deal, but there’s hope. All the Dark Souls games have been on PC, Sekiro will be, and if all else fails, Bloodborne was added to Sony’s PC-compatible streaming service, PlayStation Now, in September.

So one way or another, there’s a decent chance PC gamers would be able to try a Bloodborne sequel, even if it’s not at launch.