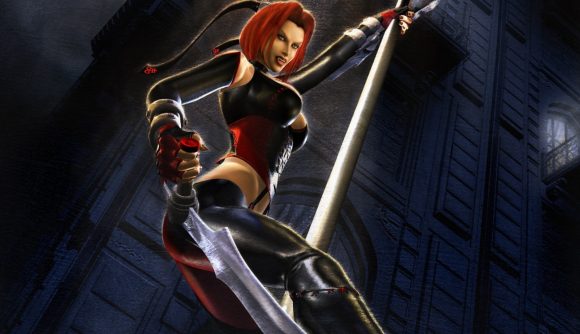 Alright, listen up – videogame nostalgia has gone too far. Yes, I too have rosy memories of many mediocre games from my childhood and teenage years, and sure, I’m happy for those of you who are excited about the remasters and remakes of games like SpongeBob SquarePants: Battle for Bikini Bottom or Destroy All Humans. But now we’re on the cusp of what looks like a BloodRayne remaster, and I can’t help but feel that this should be a point where we stop and ask ourselves, honestly, if things have gone too far.

Recently-established publisher Ziggurat Interactive has picked up the rights to a number of Majesco Entertainment IPs, including Advent Rising, Flip’s Twisted World, Raze’s Hell, and yes, BloodRayne. “BloodRayne is a beloved franchise with a huge fan base and we’re extremely appreciative of the opportunity to be stewards for this fantastic series”, president Wade Rosen says in a press release.

Ziggurat is already working with the original devs from Terminal Reality to update BloodRayne’s PC releases for improved compatibility, and to “provide various enhancements”. The publisher is “also developing plans to further explore and expand BloodRayne’s already rich universe”.

Rayne also appeared in Playboy, because oh boy the early 2000s. There are plenty of old games that are still worth playing today, but I am teetering on the edge of madness with the implication that BloodRayne might be one of them.