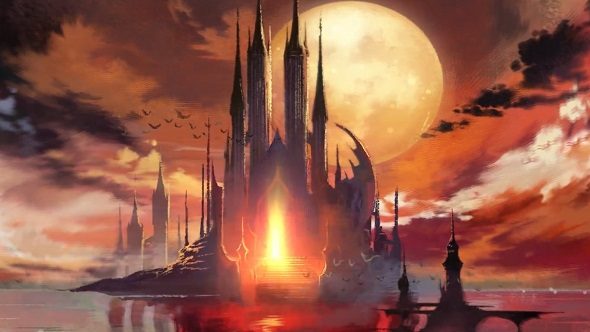 As part of the second backer update for 2017, Koji Igarashi has released a short interview with lauded game composer Michiru Yamane, to talk about the soundtrack and musical style for Bloodstained: Ritual of the Night. Igarashi and Yamane have quite the history, as both worked extensively on the Castlevania series, first meeting during the creation of Castlevania: Symphony of the Night.

If you’re one for exploration, take a glance at our favourite PC RPGs.

Yamane discusses what goes into making a single music track for a game and how it builds into the piece players will eventually hear in the final product. For Bloodstained, she starts with the concept art, story snippets and general information about a game’s universe, before talking with Iga to put the finishing touches on the piece. As the two have been working with each other for over 20 years, I imagine the creative process goes fairly smoothly. However, it’s not always that easy as Yamane briefly discusses other times as a freelancer, where teams can either be “too vague or too specific” with what they want for a track, severely limiting a composer’s room to experiment.

When asked about her inspirations, Yamane talks about how she initially started her musical career as a classical pianist and came into games at a later date. As such, she had a great grounding and knowledge of composers like Debussy or Ravel, which informs much of her music. She is not limited to just classical though, as Yamane was a composer on fighting game Skullgirls and provided quite a few jazzy numbers for the art deco fighter.

While the interview with Yamane was the main draw of this latest backer update, Iga shared two new enemy designs which players will have to face while playing Bloodstained. The first was a harpy enemy called Aello, who buffets players with violent gusts of winds and the other was a beast demon called Gieremund, who chases down players with its quick reflexes.

Bloodstained: Ritual of the Night was initially scheduled for a release of March 2017, but due to the additional stretch goals and the inclusion of a second studio to help work on the game, it has been pushed back to Q1 of 2018. Expect steady updates and more interviews from Iga-san as the year continues.