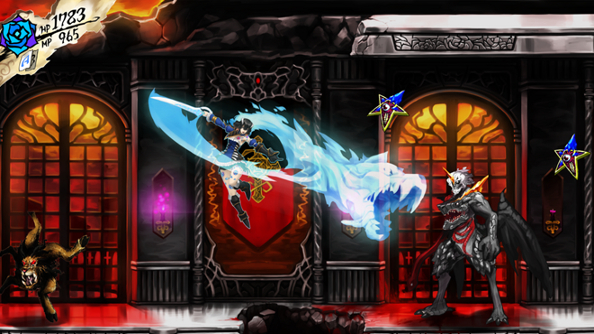 To mark his return from E3, Koji Igarashi has announced via his Kickstarter campaign for upcoming action-platformer Bloodstained: Ritual of the Night that backers will receive demo keys for the build of the game that was shown at E3 2016.

For crowd-funded classics? Check out the best indie games on PC.

Bloodstained looks every part the Metroidvania-type platformer that was promised when the Kickstarter launched in May 2015 with a goal of just $500,000. To put that into perspective, Igarashi’s (or IGA as he’s commonly known) campaign has now raised $5,545,991, which makes it the second highest crowd-funded game of all time. As one of the creative leads on Castlevania: Symphony of the Night, IGA’s position as project lead has earned the campaign a staggering amount of support.

You can check out footage of the game’s demo below, courtesy of AllGamesDelta.

The sound and feel of the Castlevania games seem to have made it into Bloodstained intact, and its stained-glass aesthetic is rich and beautiful. At times, the visuals are a little too rich, making it difficult to concentrate on any one thing during chaotic fights. The demo will be available for anyone who backed the game at the $60 threshold and is only playable on Windows systems.

Bloodstained sees players take control of an orphan named Miriam who suffers from an alchemist’s curse. The affliction is slowly turning Miriam into crystal, forcing Miriam to venture into a castle to find the summoner of the curse. The game is expected to be released in March, 2017.