At the Xbox media briefing at Gamescom, Koji Igarashi showed up to chat about Bloodstained: Ritual of the Knight, his Castlevania spiritual successor that recently blitzed Kickstarter for $5.5 million. He showed off a new, nameless character and announced that crossplay would be coming for the title, letting you co-op with Xbuddies. 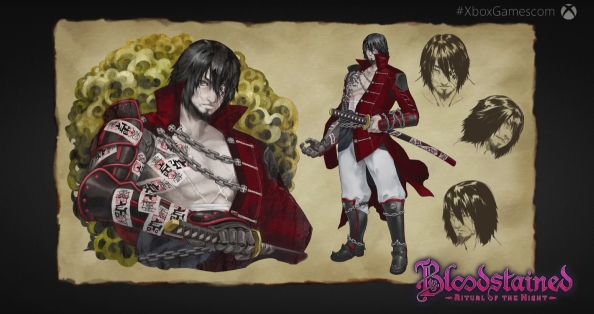 Igarashi announced that they’re still applying the finishing touches to him, hence his lack of a name. However, they did say that he helped to fight back against a demon invasion ten years before the game started. He uses two swords and a selection of magic spells in combat.

The Xbox briefing is still going on. Tune in here.