It’s no coincidence Bloodstained: Ritual of the Night conjures memories of classic Metroidvanias. Its producer, Koji Igarashi, has been instrumental in developing more than a dozen Castlevania games over his career so far, which spans nearly 30 years.

His and Japanese independent studio Artplay’s latest is a 2.5D spiritual successor recalling the rewarding exploration, tight combat, and gothic aesthetic of Konami’s best installments, all brought effortlessly together on Unreal 4 Engine. We interviewed Igarashi to ask him why, over 25 years since his first Castlevania game, 1993’s Castlevania: Rondo of Blood, these games remain so special.

“2D games, in general, are very easy to understand and enjoyable to play,” Igarashi tells us. “By making it an action/adventure game, players can easily get right into it and immerse themselves in the story and map exploration. It’s a good balance. These kinds of games could be hard to master, but by sprinkling RPG elements into it, anyone can clear the game as long as they take their time. I think this is also what draws people to this genre.”

Bloodstained: Ritual of the Night casts you as Miriam, an orphan whose body is slowly crystallising after an evil alchemist curses her. To save Miriam from becoming the equivalent of a human fractal you must, in grand Castlevania tradition, battle your way through a castle that’s frothing at the mouth with demons, disasters, and mysterious old acquaintances. It just wouldn’t be the same if they all holed up in a shopping centre, after all. 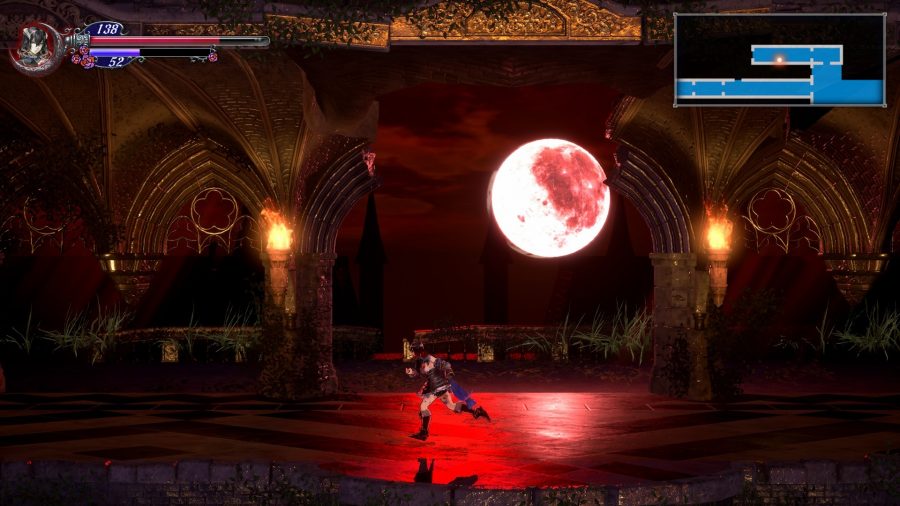 The labyrinthian castle setting is one tradition Igarashi and his team at Artplay didn’t want to subvert. However, while the castle is a firm mainstay, it’s also unlike any you’ve encountered before. That’s thanks to the game’s Unreal Engine 4-powered mix of 2D and 3D.

“By making the gameplay 2D,” Igarashi says, “this enables us to recreate the retro feel and more controlled gameplay. On the other hand, the 3D graphics create more possibilities and flexibility in the way we show certain scenes. For example, we have a tower stage where the player is moving around a 3D tower, giving it a parallax effect.”

There are also creepy paintings that spin and twirl on their axes, stained glass that shatters towards the screen, and more effects that were harder to achieve on older engines. Bloodstained: Ritual of the Night is a chance to experiment. You’ll still see dark spires and furious lycans, of course, but there are spins on the old formula too. “My favourite is the stage with the Japanese garden,” Igarashi tells us.

“I love the environment pieces in it. In previous games that I’ve worked on, it wasn’t very common to see an area that has a Japanese theme to it, so it was a breath of fresh air.” Add to that the disembodied head of a giant Scottish terrier who hungers for fresh meat, screen-filling bosses who aim to squish you between their hands, and a horned cat enemy who stalks you using portals, and you’ve got a game bursting with creativity.

The same ingenuity runs through the combat system as it lets you absorb enemy abilities to make use of weird and wonderful techniques. “You have multiple choices ranging from weapons to shard abilities,” Igarashi says. “Each weapon has different attack ranges, and the shard abilities have different effects.” You really can play Bloodstained your way. “It all comes down to personal style, and every time I watch multiple people play the game, their choices are always different.” 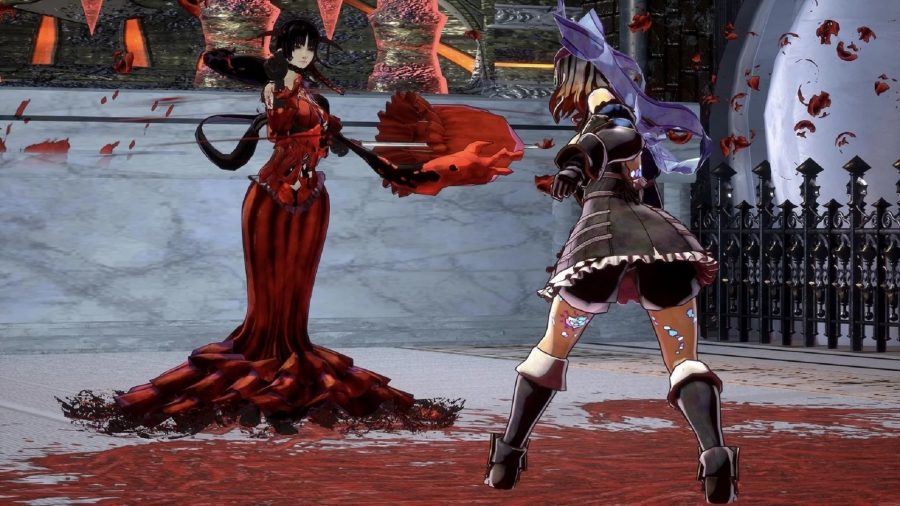 You might, for instance, use spells such as neon blue projectiles that bounce off surfaces, or flaming fireballs shot from floating runes. You can harness inventive weapons, like a razor-sharp snowflake on a chain. And you can boost your abilities with, say, a lightning-fast dash attack. And, as ever, feel free to fall back on your faithful whip if you want. Some things never change.

Multiply that breadth of combat by three thanks to the triple helping of playable characters, and you’ve got a game as deep and feature-filled as Dracula’s castle. So, where does this rank in Igarashi’s hall of greats? Is it his best offering yet? “Of course,” he says. “Every game that we release, it will always be the best of its time. This time as well.”

Bloodstained: Ritual of the Night comes out on June 18, 2019 for PC. Unreal Engine 4 development is now free.

In this sponsored series, we’re looking at how game developers are taking advantage of Unreal Engine 4 to create a new generation of PC games. With thanks to Epic Games and 505 Games.