It’s been quite a while since we heard anything from Bonfire Studios, the independent development house spearheaded by former World of Warcraft designer Rob Pardo. But just because they’ve been quiet for the past couple years doesn’t mean the studio hasn’t been busy. In a recent talk, Pardo says the studio’s first game is being designed for a PC “core” audience.

Pardo, who resigned from his position as chief creative officer at Blizzard in 2014, spoke with Morgan Webb at the recent GamesBeat Summit in Los Angeles, and provided some (extremely) broad details about the first game Bonfire Studios is working on. He said the studio is working with the Unity engine and using small teams, but stressed that they are not “completely focused” on mobile games.

He said Bonfire has focused on online multiplayer games, looking at both competitive and cooperative concepts but eventually settling on a game that has elements of both for its first title.

“It’s a PC game,” Pardo said. “It’s definitely much more for a ‘core’ audience; we’re not going to suddenly go out and make Candy Crush.”

“Our time at Blizzard taught us well, what gamers want,” he added, with what could arguably be called a wry chuckle. Here’s the video; the discussion about Bonfire begins at about 12:50: 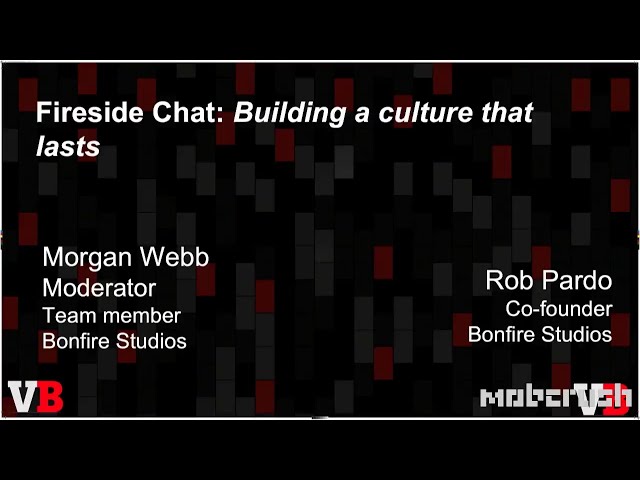 Apart from that brief discussion of Bonfire’s unnamed, unannounced first title, the rest of the discussion focuses primarily on how to build productive, positive culture within a development studio. It’s an interesting talk, particularly in light of recent revelations about extremely negative workplace culture in the games industry.

Related: The greatest moments in World of Warcraft history

But that still doesn’t leave us with much to go on, other than that Bonfire’s first game will almost certainly be one that we’ll eventually be covering here one day.